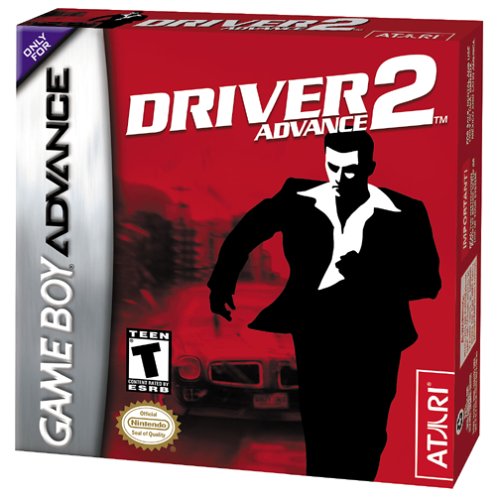 I don’t recall how old I was when I was first told that I was the Wheelman but it was definitely a while ago. The original Driver game was a blast as you drove around town in the huge open world environment. It was fun to work on the story but it was also neat to just have fun in free roam. I’d spend hours following the law there and then hours running from the police. It was really an ambitious game with a really intense final level involving the president. This game is a lot more low key and a step down in all areas but still a good title in the end.

Tanner is still as involved in the underworld and mafia business as ever. It’s definitely not the safest job and you’ll see a lot of people getting shot all the time. Well, some big gangsters have run off with more money than their fair share so Tanner is going to take them down. It won’t be easy since these guys have a lot of connections but that isn’t scaring the lead here. He’ll still jump right into action and take down anyone who stands in his way. He has the skills to back it up so the villains better be worried.

There are around 30 levels here and most of them are pretty short. You can easily beat this game in around 2 hours if you don’t lose but I think it’s safe to expect that you will lose sometimes. I wouldn’t say the game is super hard or anything like that but it’s not a cake walk either. You will occasionally get defeated by RNG a few times as well.

See, the gameplay initially starts off like your average driving game. You have to get to the destination located on your map to beat the level. Other levels will have you trying to take down an enemy car instead of running to a different car. The levels where you have to go out on foot are few but they do happen. It’s a mechanic that doesn’t seem to have had any point being here by the end though. You could take it out and things wouldn’t really change.

Now where does the RNG come into play? Well, the police cars will randomly appear at times to get in your way. If they happen to teleport right in front of you then you’re doomed from the jump. Sometimes they would appear as soon as the level started and I had to quickly restart because there was no chance of making it through. I wouldn’t say this is an issue too often but you always feel a little fear when turning the corner because a car may suddenly be there. It’s clear that this one did not have a whole lot of processing power. Things would disappear right when they are out of sight and a lot of times what you see isn’t really there. There are countless times you will see the ocean ahead before the buildings load.

The game is also quite glitchy in general. I lost 2-3 levels because of glitches. One involved the computer being unable to move and since it was one of those “Tail the villain” missions, that meant I couldn’t win. In another one the enemy fell into the ocean which counted as a loss for me since I was supposed to take down all of the health points myself. Those glitches would always be quite unfortunate. The game’s fairly short so at least even with all of that I didn’t have to replay too much of the game but there should have been more polish here.

On a technical level the game just isn’t very impressive. The GBA graphics are some of the weakest ones I’ve seen in quite some time. Definitely on the weaker side for the console, no doubt about that. The way the story cutscenes go is also not very inspired. The text is very slow as it auto scrolls and it just follows still images which aren’t stylized at all. The story isn’t super engaging but the way they put this in did not help matters at all. The only thing I could say that’s really good about the game from a production perspective is the soundtrack. I actually thought that was really catchy the whole time. I had a good time with it at the very least and while they tend to replay the same tunes a lot, they still really get to you.

The gameplay is also pretty good. It’s nowhere near the level of the first game but it does still manage to capture the essence of what this is all about. The game is short so you won’t get to enjoy this for long but while you’re playing you will have a good time. So in the end what does this really mean? Well, Driver 2 is a game that I can recommend if you really like driving around but there’s no real good reason to pick this one up in particular. There are countless amounts of better titles in the genre to pick up after all so no reason to stick it through here. In a vacuum it can hold its own but it won’t be winning any awards.

Overall, I think Driver 2 could and should have been a little better. At the very least the story should have been more engaging since the first game had its fun moments. There is absolutely no replay value in this game which is unfortunate. That could have at least been a way to spice things up and keep you here for the long-haul. Instead that also shows how this game will be one that you complete and then forget forever. I’m hoping Driver 3 will be the game that really takes things up to the next level because I know the potential is here for the franchise. It just needs to live up to it and soon.