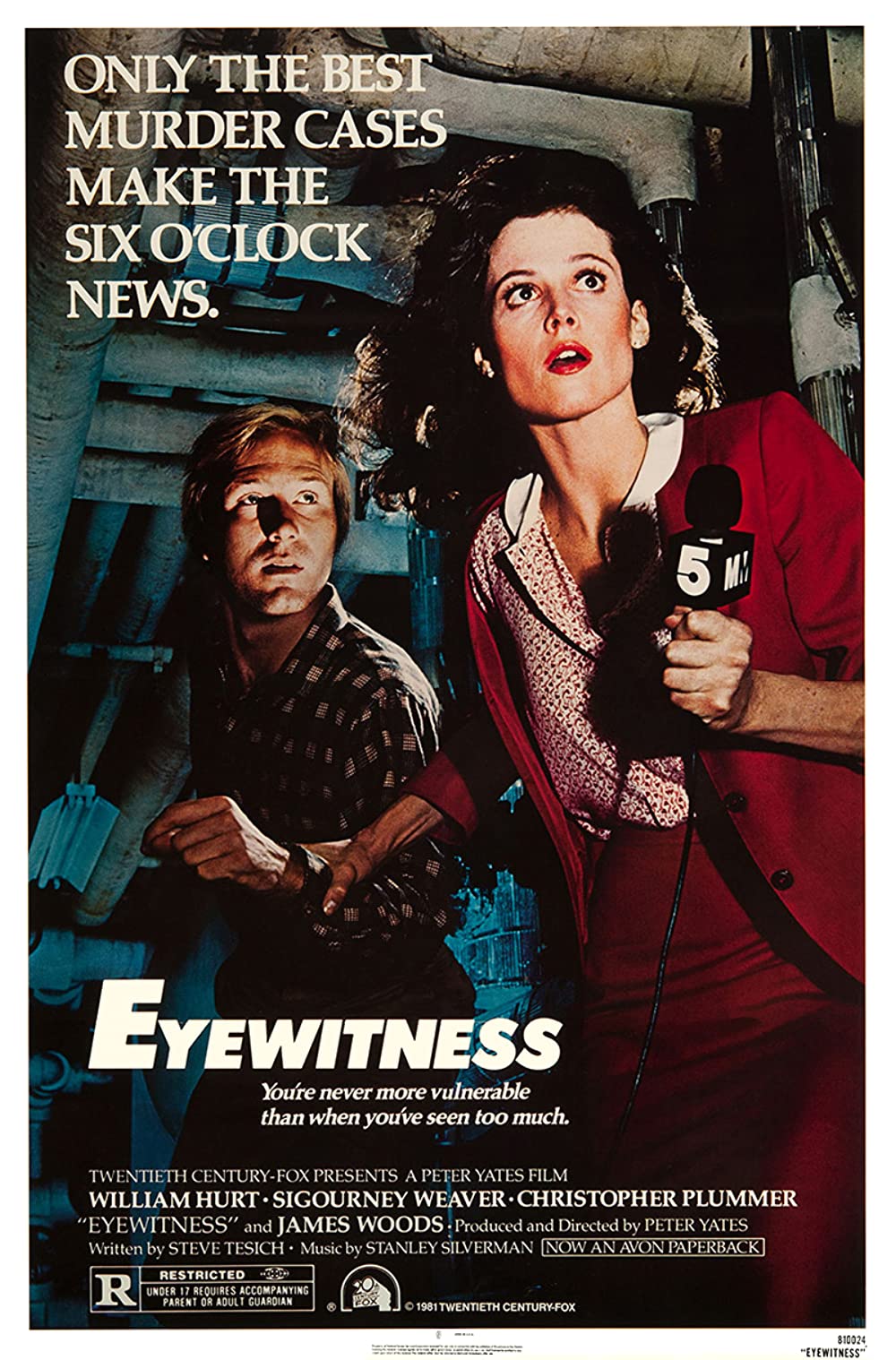 Eyewitness has a fairly interesting premise but it’s one that is bogged down by a very weak character cast and has a tough time getting to the point of it all. It also ended up introducing a dog character into the mix and you know how that tends to go. So on the whole you’re going to want to avoid this one, it’s just not the big win that you’ll have been hoping for.

The movie starts out with Daryll working on his janitor’s job as usual. He tries to convince the bosses to let his friend back onto the job but they say no as he was apparently disrespectful back in the day. It’s easy to believe this because his friend Joseph is not the nicest camper out there. The guy is always complaining and getting himself into trouble borrowing money from loansharks and things like that. One day he even breaks back into the building to talk with Daryll. The very next day Mr. Long is murdered and naturally Daryll figures that Joseph may have done it.

He does decide to hide the fact that Joseph was in the building to protect his friend but then he finds out that his favorite reporter Toni is involved in the mix. Daryll decides to pretend that he knows more than he does so that he can go out with her and Toni really wants a big scoop so she agrees to this. Meanwhile the killer is watching and planning their next move. Is Joseph really the culprit or is it someone else? Either way Daryll is now right in the crosshairs of danger.

Right from the start you can probably see how I had a problem with some of these characters. Lets start off with Daryll. So he is completely obsessed with Toni to the point where he flirts endlessly and makes a fool of himself. He messes up the interview as he keeps on talking about her and just strings her along for a while. Keep in mind that at the moment he’s in a relationship with Joseph’s sister as well. They don’t care for each other much but he should still wrap that up before starting anything else.

Daryll just feels incredibly desperate the whole time and it’s too much. I won’t blame him too much for withholding information about his friend to the detectives since it did look incriminating and he wasn’t sure if Joseph did anything but any scene with Toni was just bad for his character. Even by the end I can’t say that I ever warmed up to the character.

Likewise Toni doesn’t look good here for falling into this romance. Of course from her end she is just doing it for the story and doesn’t even like him initially but that’s barely even a consolation by that point. It doesn’t speak well to her morals to be willing to go this far for a scoop. I don’t care how good the story is, you just don’t want to be going that far for it. Then you have Joseph who isn’t likable at all. Lets even take him breaking back into the job away for a second. He didn’t have any malicious intent there.

Punching Daryll was completely uncalled for and same with his outbursts upon finding out that Daryll liked someone else. He then proceeded to borrow a ton of money from loansharks on some really suspect deals. That tells me he also isn’t very smart here. He creates a lot of trouble for himself the whole time and this ends up spilling over to Daryll as well. When you bring other people down with you that’s never a good thing.

The most interesting part of the film is the one that doesn’t get brought up a lot. So the villains are basically transporting people out of dangerous zones and into the U.S. They had been working with Long and a number of other gangs to do this. Effectively working with the enemy to get their own goals across. Typically they avoided having to murder anyone but Long’s group tried changing the bargain so they were dealt with quickly. So the main villains here had a pretty interesting goal and not one that was overtly sinister. There’s a lot that could have been built on this but it’s not a factor for most of the film and is just very brief.

Also, as mentioned earlier we do have some animal violence which is a big no no here. As soon as the dog appeared I got worried and clearly that was for good reason. it just rarely ends well when you have a dog in a thriller and there’s just no purpose to the scene. You could have had the effect of the villains showing Daryll they were serious by skipping to the part where the villain breaks into his house. That would have absolutely still gotten the message across without things going off the rails here. A dog dying will never enhance a film and can only hurt it. That’s the message more film makers need to hear.

Also, the film could have given the detectives more of a role. I thought they were actually interesting but then they miss out on almost the entire thing. By the time they act the film is basically ending so there was not a lot of time to do anything. They talked tough and had a decent dynamic going but the film really just wasted these characters. Could have been a really engaging subplot if they got more to do.

Overall, Eyewitness is a film that could have been a lot better at least from the general premise. You need the main character to be a lot better though. Have Daryll be someone who just wants to be famous which is why he’s dragging this out as opposed to it all being for romance. You also shouldn’t have included the dog in it at all. Without that then this film would really have potential. There were some interesting themes that could have been expanded on. Ah well, maybe for another film. If you want a thriller about crime, check out Clue instead.