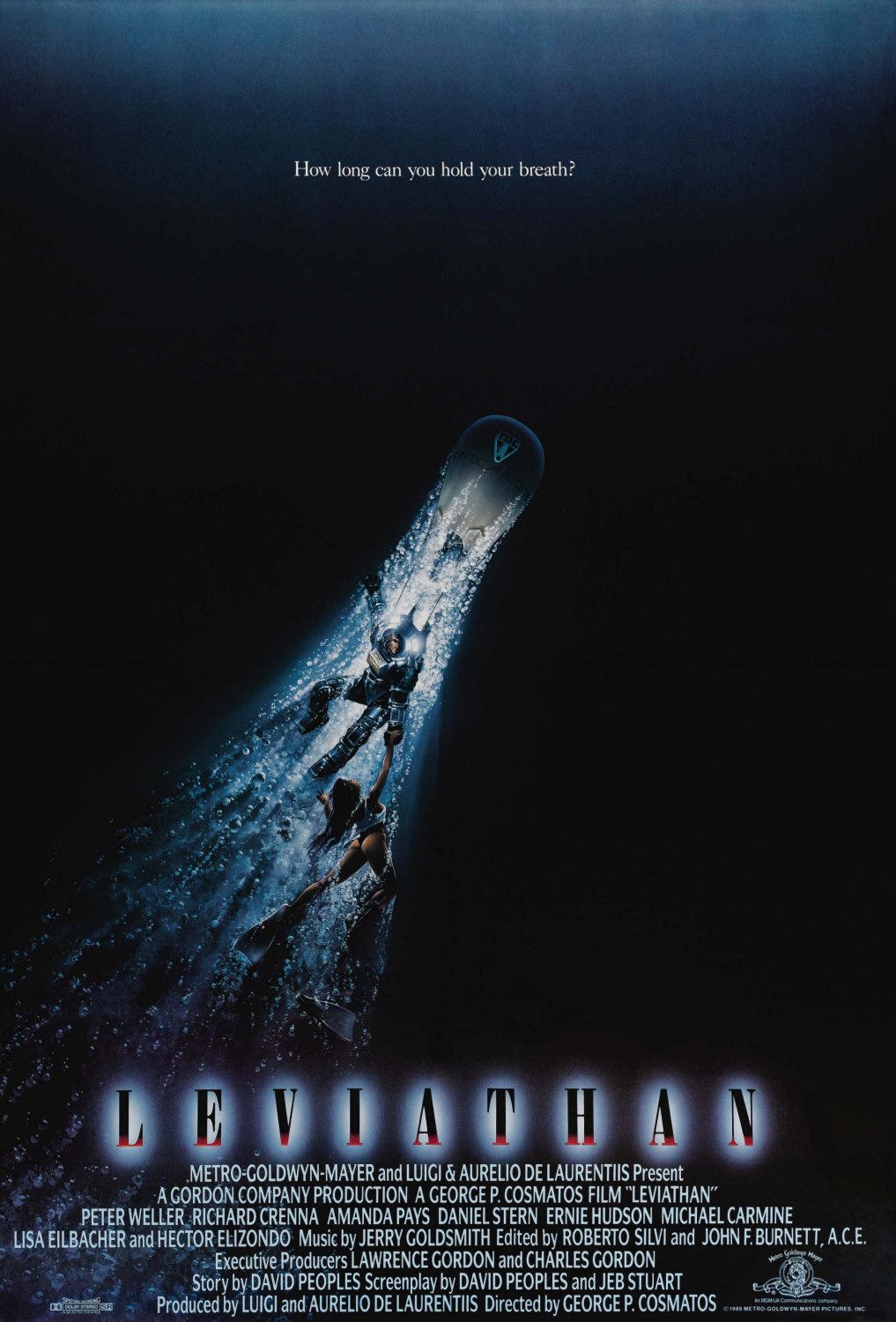 It’s time for a monster movie but unfortunately not one that comes close to topping a bunch of the classic ones. This plays out more like Alien than Godzilla after all. Some interesting ideas here for sure and I liked every moment with corporate but in the end this could not become a winner. Instead it is doomed to be forgotten as one of the titles that just couldn’t keep up in the end.

The movie Steven and his team of underwater miners getting ready to finally leave the submarine. They’ve been down here for months and are eager to get back to dry land. They just have to grab some more materials and then they are set. Their group is slowly starting to crack up too so this was really good timing but one of the guys gets greedy and brings up a treasure chest. It’s not just any old chest either and contains a drink that implants a monster. This creature will not stop at anything in its quest to destroy them all. Can Steven and his group stop this thing or are they about to be completely eliminated?

Now with a movie like this it’s not a huge surprise that the cast is unlikable but it’s still disappointing. There is only so much that you can do when the cast is unlikable after all. I’ll get into each crew member in a second here but Steven did not have a lot to work with. Steven could be a little naïve as well with how he thinks corporate is looking after them so he’s not perfect but I suppose he probably wouldn’t have taken the job if he hadn’t thought that to some extent. Who would really think that corporate is absolutely leaving you to dry right?

The film is not subtle about how corporate is corrupt here. Every time Martin appears on the phone it’s to tell the heroes that there are some delays or not to worry about things. She says it all in a very fake voice the whole time though so you know that she never means it. It makes for a very satisfying scene at the end of the movie while also making her not look very smart though. Lets just say that by the end of the film she shouldn’t be expecting a warm reception and should have some kind of backup plan at the ready. Otherwise she’s just not putting herself in a good spot here.

Okay so lets talk about the rest of the characters. Sixpack is the worst member by far. He just wants to mess around with one of the ladies on the ship and doesn’t think about anything else. He defies orders all of the time and puts the whole crew’s safety in jeopardy. He’s absolutely not the guy that you want to have your back because odds are that he won’t have it. Doc is one of the main characters and while he’s not as bad as Sixpack, he’s certainly not very responsible himself.

Picture this, you’re underwater and end up damaging your suit. This is serious but you know that you have a doctor watching you so it’ll be okay. That’s when you get the call that the doctor stepped out. Really? Doc does this kind of thing a lot based on how the characters discuss this and it’s basically because he wants to drink. A character very nearly dies in the opening minutes because he wasn’t there and Doc does not care.

Doc then makes some horrible moves at the end like trusting corporate one last time and backstabbing his allies. From there I knew that he had absolutely no chance of making a comeback for me. There’s just no excuse for any of this when you’re the ship’s doctor and the one that everyone is depending on. That’s just an awful look all the way around.

Bowman was rather reasonable so she’s one of the few crewmembers that wasn’t annoying. Unfortunately there isn’t much of a place to escape to on this ship and her role ends up being rather small. Ultimately the experience was too much for her and she probably didn’t suffer as much as most of the others ultimately would. Justin was probably the most helpful member of the crew and did a lot to support Steven here. That’s why the ending feels like a bit much because of how things play out. This guy really put in a lot of work.

The movie doesn’t seem to be too sure of what it even wants to do in the end though. There is happy music playing throughout the climax even when it should be a very somber tone at the time because of how things went down and you know….almost everyone is dead. Still the happy music goes on and then we get the big punch at the end. The punch was hype at least, that’s definitely the way to end things even if I think corporate could have played that a little smarter. You don’t want corporate to win per say but just make it an interesting fight and I think that makes for a more interesting climax.

Sadly the monster doesn’t have a great design for most of this. It’s more of a Blob than anything as it controls the human hosts. Think of it like a symbiote that’s running around but instead of a cool Venom design, it’s just undead. It makes the human hosts rather warped and isn’t super fast but makes up for that with power. If it catches you then it’s game over. The shark that appears for a second for no reason had more intensity to it than the monster.

Monsters reanimating a person’s body will never be as threatening or scary because that means it’s bound by how a person can move. Switch that out for a creature that can zip around at super speeds and now you’ve got something more dangerous. It also makes for more gross scenes like when we come close to the Alien chestburst scene and just in general the humans begging to die as the alien walks around a bunch. (It’s basically an alien after all) This film very much wanted to redo the Alien story while underwater and I gotta say that it did not work. Going for an actual underwater creature would have been a whole lot better.

Overall, Leviathan is not a winner here. It starts off on the wrong foot by having a really rough main cast of characters and doesn’t get any better with that underwhelming monster. When you mix it all together, you’ve got a thriller that isn’t ready for prime time. I would say the movie for once would be better without a monster. Have them stuck down there and they have to figure out how to get up without corporate stopping them. Then you could have a good thriller story with a lot of mind games. Not sure the writing would be up to it but the premise would work a whole lot better if you ask me.