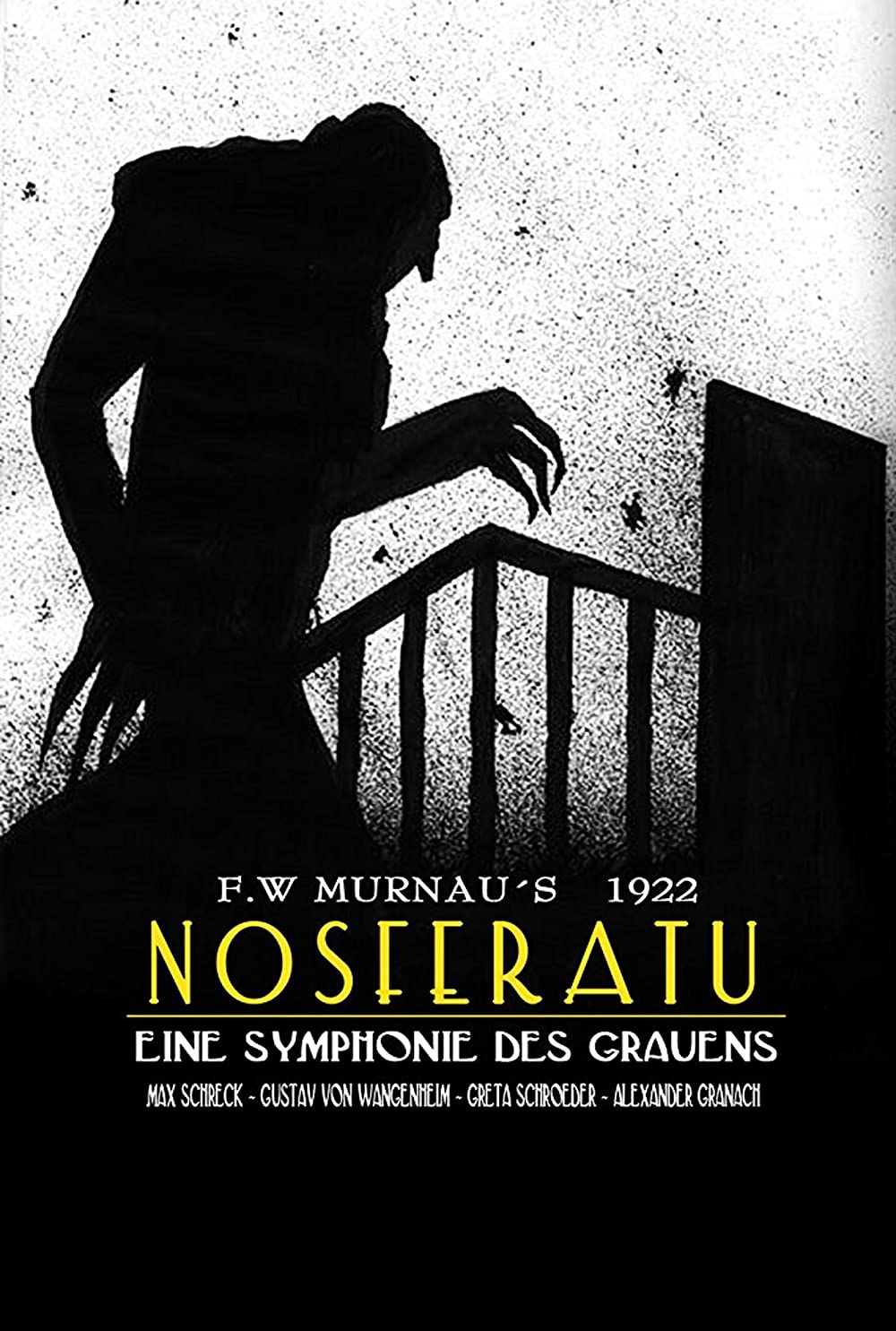 It’s time for a silent movie and I have to say that those can definitely be tricky. Now what do I mean by that? Well, here’s the score. A silent movie has access to almost none of the things I really like about movies. Solid dialogue, great sound effects, etc. That’s all gone here and so the movie’s a bit of a chore to get through and ends up being dragged on for a whole lot. This is one of the few films that gets a lot score not because the film is awful but because it is dreadfully boring. Has to be one of the least entertaining films I’ve seen in a while.

The movie starts off with Thomas getting ready to head out because he has found someone to buy the house next to him. This will be the rich Count Orlok who is not very well liked by the locals. Thomas isn’t scared but weird things begin to happen at the castle like when Orlok tries to drink his blood. Is this guy just very quirky or is he an actual danger? Thomas isn’t sure and isn’t really the smartest character in the film. His wife Ellen may need to be the one to help out but even if she has visions, what can she actually do about them?

From the start the movie just couldn’t grab my attention. The music isn’t very interesting. It’s pretty much one main track that plays for the whole movie and just goes into different phases to shake things up. It’s not a theme that has particularly aged well in any respect and is just too low key. Perhaps it beats not having any music at all but it really could have been so much better. I won’t say much about the visuals because it’s all so old though.

Additionally, I thought Count Orlok’s design was actually not that bad. It’s aged pretty decently. What hasn’t aged decently is how all of the other characters also look sinister at times. I don’t think this was intentional but Ellen and even Thomas fall into that a bit. Thomas looks half crazy and doesn’t seem to understand the situation the whole time. He is extremely slow on the uptake. You’d think Orlok trying to suck up his blood when he cut his thumb would have been enough, but no not quite. It takes more than that to really get to Thomas and he should have tried to escape sooner. He put himself in the worst possible place and it shows. By the end things work out but I wouldn’t say due to any great contributions by Thomas. He was just along for the ride half the time.

If he was a more interesting main character that could have helped the film a great deal. Then you have Ellen as the heroine who is nice enough. Her strength of will may not have been amazing here but I’ll chalk that up as being more impressive for Orlok rather than being a shot against her. Something tells me that no character in this film would have done great in that moment. As for Orlok, he definitely needs to have a better handle on his strengths and weaknesses. If he did then he probably would have done a whole lot better in this film. As it is, I wouldn’t say he did awful but there’s really no reason why he shouldn’t defeat everyone. The weapons in this time were not super advanced nor were there security cameras so if he played things well he could keep winning for all of eternity.

The ending is definitely not a particularly happy one even with Orlok gone. Ultimately humanity lost this round big time. It was interesting how there was a whole plot about how the town thought a plague was going around initially. Now that’s an element that could be a little interesting so naturally the film doesn’t have too much time for it. Becoming a vampire is like a plague in a sense and getting bit by one can seem like that too. Now you start to go into zombie territory if this was to continue too much but it’s a different take for sure.

Ultimately Orlok never felt like a huge threat to me but it would be difficult for the film to pull that off without any talking out loud. I watch anime subbed sometimes so I can’t say that’s a big issue but the big issue here really comes down to you not being able to get in on the action. Reading is all well and good but without a soundtrack you don’t have a chance at an emotional appeal. Without true dialogue you don’t get a lot of depth. Without solid effects you are left wanting a whole lot more than what you got.

Part of why the film is scored so low is it’s hard for me to know where to even start to try and improve this one. Particularly if I try within the confines of a silent film and the limitations it would have had at the time. Similar to how I don’t think I would be nearly as big a video game fan as I am now if I grew up back in the day, I don’t think I would have been a big fan of the cinema in the silent era. It’s just hard to see how you can make these films all that interesting.

It’s probably early to judge a whole genre/style of film off of one installment but that’s how discouraging this one was. I suppose the first step is to either have no music if it was going to sound like this or to find a way to have some better tracks in there. Either one would help things a great deal. Throw in a better story with no vampires and that can help as well. I’ve never been a vampire fan and I wouldn’t say this did anything to change my mind.

Overall, Nosferatu is a movie that feels like it’s 3 hours long. It really drags and drags as you wait for something to happen but it never does. Even the climax is really low key if you think about it. There was no climactic fight or even a chance for the cops to throw in a bunch of guns and take this guy down. The ending is almost a bit sudden if you think about it and doesn’t make Orlok look great. I suppose that’s just the way it had to be but yeah that’s a thumbs down from me. Stay far away from this film. While it doesn’t have the long string of negatives you would expect a 2 star movie to have, it has one of the big ones which is just that it’s really boring the whole time.