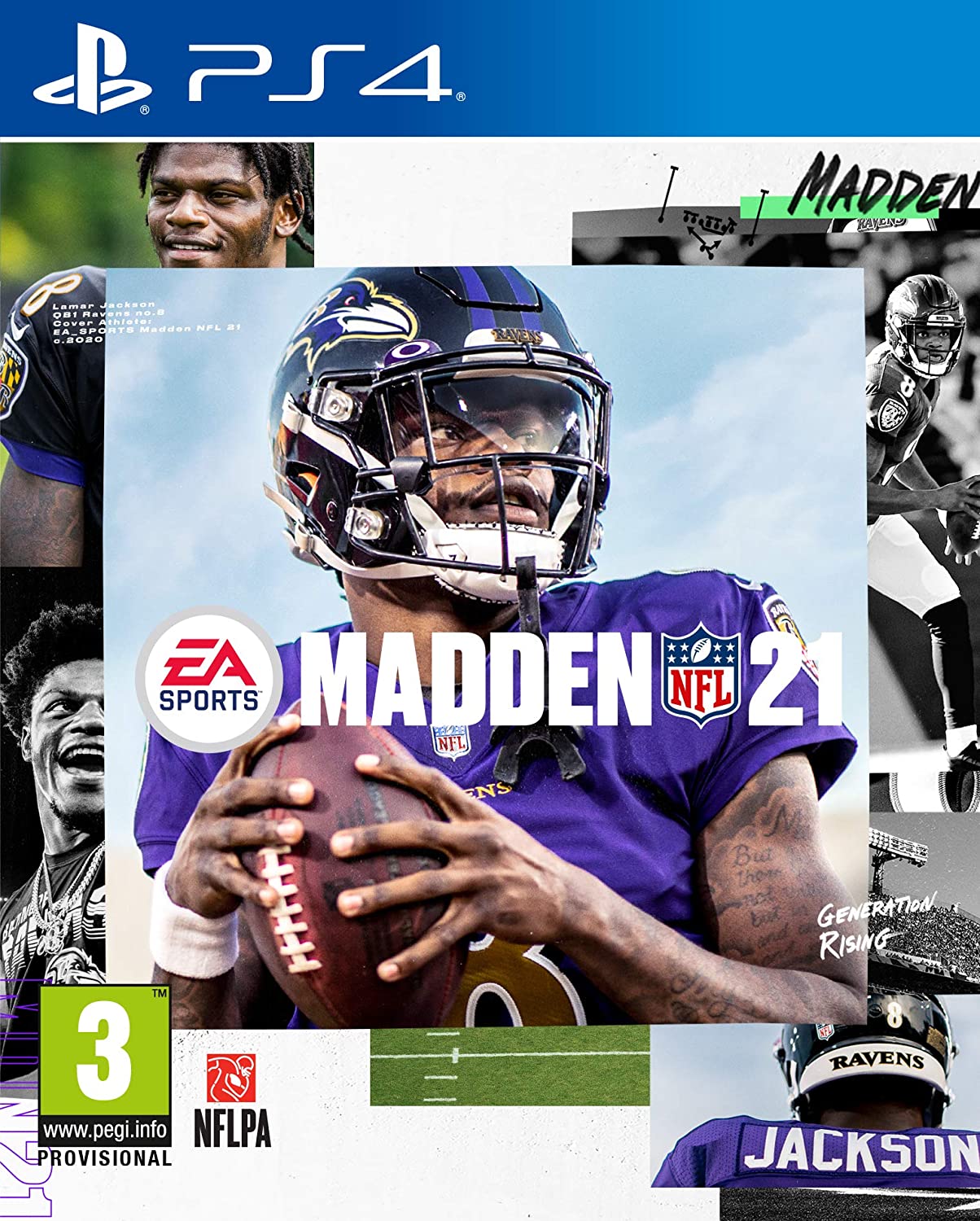 It’s been quite a while but I finally got the next Madden game! I’m still behind as there’s one more I need to get but it felt good upgrading. I’ve been playing a lot of Madden 20 so this way I was really able to see what had changed. On the whole I would say Madden 20’s a little better but it’s close and I still had a blast with 21. I ended up playing through an entire season and won the Super Bowl so I can really say that I got to experience the game all the way through. I won’t be forgetting Madden 21 anytime soon, that’s for sure!

There is a bit of a story mode with how you go from college to the pros but the cutscenes are still completely unskippable so it didn’t really seem worth it to go through this mode. I went through the normal Franchise mode instead and played a season that way. I then went into the only offense version since I don’t care for defense quite as much and it worked out pretty well I would say. I didn’t win every game and the system did well in making some teams tougher than others based on their record. So this really became apparent by the end of the season.

I found myself running the ball a lot because throwing always feels risky in the newer Madden games. The throwing mechanics definitely did seem to be a bit different now as you could actually miss some automatic type throws if you held your control stick too much in any direction. I get that it makes the game a little more realistic but I was not a fan of this. Just let me throw the ball and I’m set. I know you have to have a balance here but Madden 2004 and Madden 2013 should be the templates for that. They were absolutely perfect with throwing the ball. I would feel comfortable just airing the ball out.

That’s something that the newer Maddens haven’t encouraged in a very long time. Throwing slants is good but a deep shot up the middle? It’ll get picked off or blown incomplete pretty much every time. There’s almost no reason to even try attempting the pass which is a little disappointing. I love throwing the ball but it’s just smarter to run it in this game. I must have ran for over 60% of my plays in every game and it turned out well. I had Zeke run for over 200 yards on 4 different occasions and I’d usually run for close to 100 with Dak.

Running is fun too of course but not quite as epic as throwing the ball. To me that’s where the heart of Madden is as it’s all about making the right read at the right time. Most times there will be someone open but whether you notice that in time or after you throw the ball is really the deciding factor here. Still, I don’t throw much because the defenders can all jump 6 feet in any direction and just snag the ball out of anywhere. It’s crazy just how good they are and they have lightning fast reaction times.

Fortunately running the ball is still a blast so there’s that. The gameplay is just absolutely top notch so even if Madden were to keep on throwing out the same game every year, I would still have a blast with it. I just wish online play wasn’t an added cost or I would be having a lot of battles online. As it stands I don’t really get a chance to do that but if Madden 23 ends up coming out for the Switch that would be excellent and fix everything.

Outside of the normal games there are a bunch of other modes of course. We have an NFL street kind of experience as a new mode which is interesting. I don’t feel like you get a whole lot out of it compared to the normal games though so I wouldn’t say that it’s really a winner. More options is never a bad thing though and it doesn’t take away from playing the normal games. You’ve also got the story and all the online content so you won’t run out of things to do.

I will say that you might want to turn off injuries while playing through Franchise mode though. I decided to keep all settings as default but there were so many injuries during the games that it was crazy. I must have lost close to 10 people for the season which seemed excessive. Then there were a ton of injuries during the game that would hold them out til next week. It did make the playoffs a little more difficult but fortunately I got Zeke back for the championship and I never lost Dak. If I lost Dak then things might have really been curtains for me.

One feeling that the game really captures 100% is how some teams will stuff the run. There was one game where by halftime I had 12 rushes for 18 yards which is just sad. I eventually had to give up on the run and I ended up losing that game but for the most part I won all my games thanks to a very healthy blend of running and passing the ball. You need that kind of balance if you want to capture a win. Of course if you practice hard enough then you can probably win any which way. Fortunately there aren’t many fumbles going on either. That can feel cheesy since it’s an error that you couldn’t control so it should always be a rare event.

Naturally the game still puts a lot of effort into the graphics and how realistic the presentation is. I like how much detail is on the screen whether it’s your player’s stats or the team as a whole. You see a live sports ticket on the bottom of the screen as well and of course it’s fun to hear the commentators. Naturally they can improve and it’s no secret that EA has been very lazy with the series but it shows how good the fundamentals are. They could just keep copy and pasting the game over and over again and it would still end up being amazing. I would like to see what EA can do if they really try though. To date the best games are 2004 and 2013 so I’d like to see if they can ever be surpassed.

Overall, Madden 21 is definitely a blast. The series is as good as ever and you’re bound to have a lot of fun here. The content is almost literally unlimited and you can always try different plays and teams to freshen things up. Hopefully one day they can remove the unskippable cutscenes and also make the franchise mode a little more extensive. Do that and the series will just keep on getting better and better. I know Madden has the potential for even more greatness!