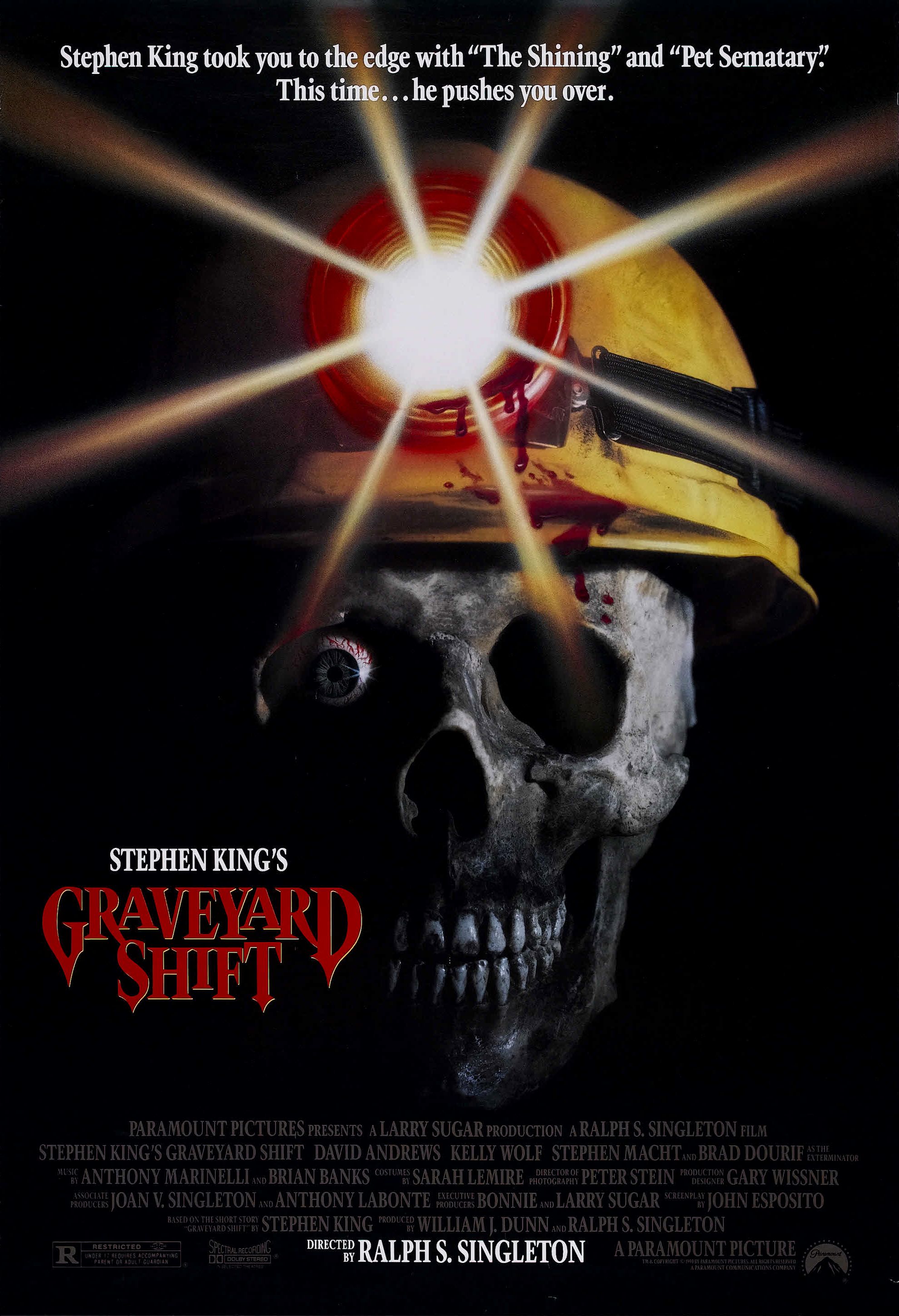 So whenever you’ve got humans fighting against monsters movies seem to try and make the humans are unlikable as possible. Perhaps it’s so that you won’t feel so bad when the humans die but I find that it can also be a double edged sword in that the film itself can be made worse because there’s nobody to root for and you end up rooting for the monsters. Well, that’s pretty much what happens here. There’s one or two decent people here but for the most part you can see why the rats are staging a rebellion.

The movie starts off with one guy murdering a bunch of rats just because he can. It’s clear that this guy is the real villain of the film so the rats gang up on him and their leader throws that guy in the shredder. They now realize that they can fight for what’s right and seem to unionize. Well, the mill needs a new person to load up the cotton and that’s where John comes in. He’s desperate for a job and this is really the only game in town so he’s forced to jump into the mix even though his boss Warwick is suspect at best. The guy threatens his colleagues into having affairs with him and doesn’t have any morals.

When people die he just shrugs and moves on. The guy has no ethics at all but unfortunately he’s the boss. John will have to try and survive out here but it won’t be easy. The only food place for miles is not hygienic and he falls for the girl that has caught Warwick’s eye, Jane. Not it’s extra personal and the rest of the staff were already bullying John so it’s only going to get worse from here on out.

I guess the mean people just flock to this town. You’ve got bullies, a corrupt boss, and just about everyone is only looking for their own self interests. There is nobody to confide in or to trust. It’s a rather lonely experience for John which may be why he was desperate for romance but the whole romance plot doesn’t work. It’s another rebound scenario and John only just got here. The whole thing is fairly rushed. The only acceptable explanation is that he’s just desperate for any friend but even then that’s not good enough for me to give this a passing grade.

The film has a lot of issues but lets knock out the biggest one right out of the jump. There’s a lot of animal violence here as the characters are bumping off the rats. It was rather sadistic how the first guy would toss them into the shredder. From there on you can see why they’d need revenge but of course in the meantime the humans are fighting back. They throw bottles at them and lay all kinds of traps. That’s why a film where a big amount of emphasis is put on the animal is always going to end up failing. It’s unlikely to avoid animal violence in such a scenario and that’s what happened here.

While the score wouldn’t be as abysmal without the rats, I can’t say that the film would be good either way though. It’s just a very mean spirited title all the way through. John doesn’t really fall for all of their instigative actions as he just minds his business but the bullying is quite excessive. As I already mentioned, Warwick is just a bad guy all the way through. He’s not as omnipresent as most villains so the heroes can at least escape him for a while here and there but then they tend to trip and it’s game over as the rat pack shows up.

The only props I’ll give the film is that the creature was decent. They keep him in the shadows for nearly the entire film but at least he makes for a solid threat. Rats are intense in great numbers and all but it’s always nice to actually have a big villain to really unite against. It gives them all a common foe as opposed to just beating up on a bunch of minions. Also the latter would be even worse for the movie since that would mean a lot of rats would be injured.

I wouldn’t even know where to begin in trying to save this film. It just didn’t have potential right from the jump. It could have used some more action and maybe a subplot about John trying to make the town a little better. That could have been interesting and at least give the audience a little more reason to care about their ultimate survival. Otherwise for the most part you’re just waiting for them to get taken out. The characters are just so mean. Also what’s with the one guy and yelling whenever he launches his water cannon? He’s very overdramatic the whole time when he’s just shooting water.

One guy had the right idea in just walking out over the poor working conditions. Ultimately that’s a much safer option than just sticking around. Of course whether you make it out or not is always a different story since it can go either way but the rule of thumb is to never stay in a bad situation. It’s just very rarely going to work out and more times than not you’ll regret staying.

Overall, The Graveyard Shift would have been much better if it had been about ghosts or something like that. Make it a spooky kind of horror film instead of focusing on rats the whole time. The rats really didn’t help the movie’s case and it was really sub par at best. You’re definitely going to want to avoid this one. You can do better with almost any of the other creature feature films. They end up doing a lot more in terms of scares and likable characters than this one which fumbled the ball the whole time.