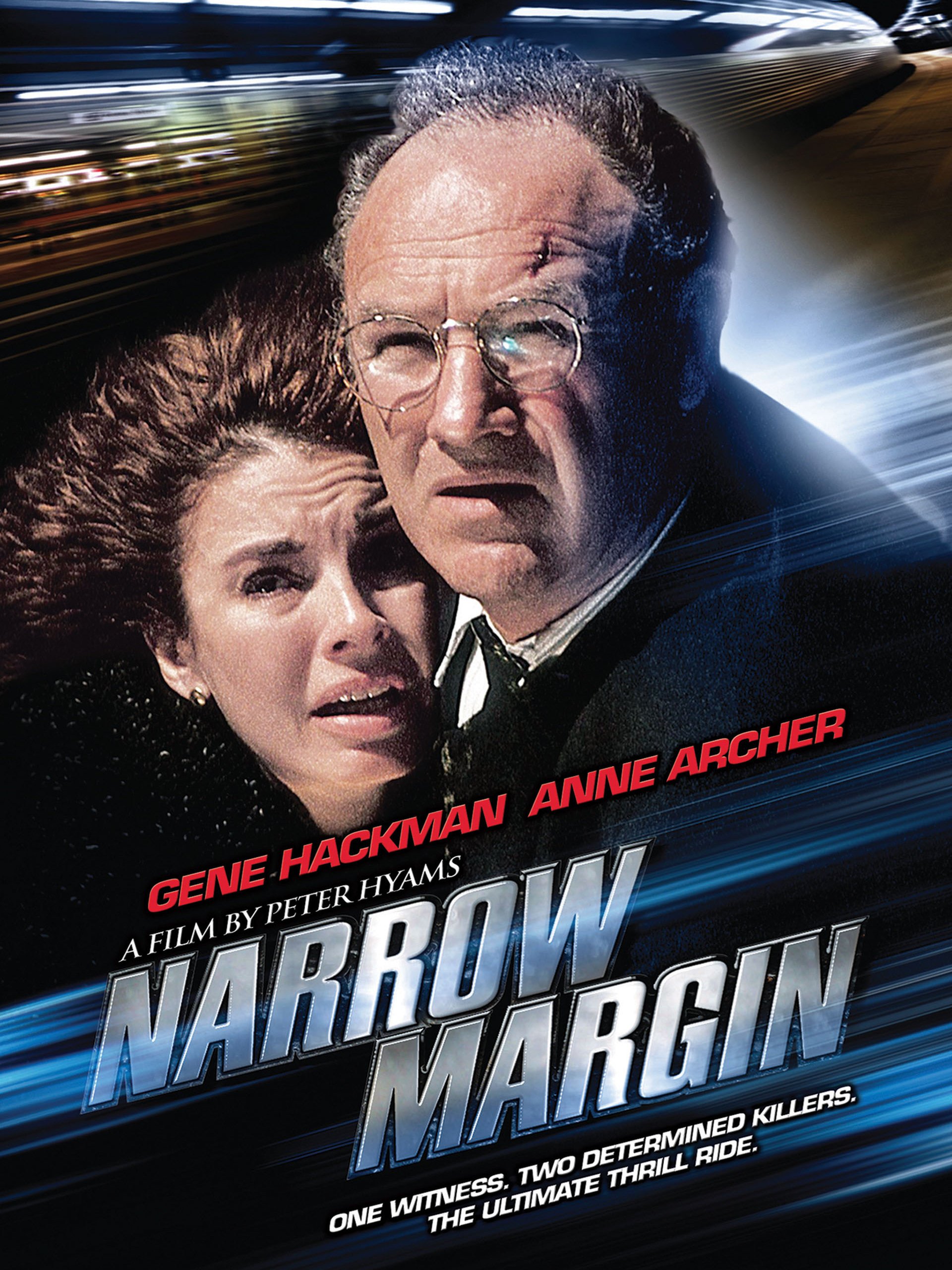 The original Narrow Margin was a lot of fun and this movie is a blast too. It’s always a good idea to have a film take place in a train because there is so much that you can do with the concept. You better believe that this one makes the most of it. You’ll be hooked from start to finish and that is the sign of a great movie.

So things start off with Carol being set up on a blind date with a rich guy. She figures this is fun enough and even follows him when the guy has to go to his room. He’s quickly bumped off for double crossing a powerful criminal mastermind though and Carol goes into hiding. A guy named Robert then shows up and explains that they need her testimony in order to put the criminal away for good. It won’t be easy of course and she will be in tons of danger but the villains aim to silence her anyway even if she says no. So Carol very reluctantly plays ball but in fairness she doesn’t have much of a choice. Once they get on the train, it should be clear sailing except that the villains have managed to get on as well. This could get dicey now.

Now there is a decent amount of set up before they get on the train so even if that’s where all of the big action is, it’s nice that the film sets things up rather carefully. You already have a good idea about the characters before they get on the train. Robert is set up as a very smart guy right from the jump and one who isn’t easily deterred by his boss. If Robert thinks that the best thing to do is get Carol on the stand then he’s going to do everything necessary to get her on board.

He’s up against a ton of opposition and the odds aren’t in his favor so that’s part of what makes it all very impressive. You can count on Robert to get in there and stay strong at all times. There is one point where two villains show up just to threaten Robert for a while and he’s able to continue the conversation the whole time without backing down or appearing to be afraid. It was a super tense conversation so just holding his own there was really good. A lot of other characters would not have been able to do that under similar circumstances.

The villains are also written pretty well. While the mob boss doesn’t appear much after the initial scene, I thought it was a very good entrance. He certainly kept his lackey afraid all the way until the end and he was in control the whole time. The guys he sent to intimidate Robert also did good and were quite good at their job. Even the two who pretended to be cops and cornered Robert at the stall did good. While most of these villains were ultimately one shots or characters who never stood a chance, they felt like real villains.

Then you have Carol who very wisely doesn’t want to have any part in this. I don’t blame her because it never seems like the witness protections are very good and this isn’t something that she signed up to die for. Robert even admits that he can’t totally protect her here but ultimately once the villains have Carol in their sites, she really has to do this. If they’re going to bump her off anyway then she may as well get them behind bars right?

So the choice was made for her in this case but otherwise I absolutely understood why she didn’t want to take the stand. Throughout the movie you also have traitors, conspiracies, and a lot of twists so you really can’t trust anyone. The movie spreads out the twists quite well and so you even still have another one near the end. Everyone is more than they appear to be and the movie did a really good job of showing that.

At the end of the day I have a lot of praise for the film because the writing was so great. It’s a very engaging movie that is written as if it was one of the older ones. There is even a touch of humor like when the fat guy walks in which is a homage to the old film and also with Robert’s final scene with the villains. It was the ideal ending and really helped to wrap up a film that was already very strong on all sides. I didn’t really have any issues with the movie and it has a considerable amount of replay value.

This is the kind of film that usually wouldn’t get a sequel but I think it would work out very nicely in this case. Robert feels like he could serve the role as the main character in other adventures because he’s quick on his feet and is strategic. Those are two qualities you always need in a main character and given his job, you could have another big story with other crime bosses. Perhaps you could even have this guy try to get revenge. It would be difficult for the sequel to match up to this one but I’d like to see the attempt.

Overall, Narrow Margin is a film that you should absolutely check out. It’s a great thriller with a lot of really solid characters. The action scenes are handles well and there is always a lot of tension with all of the characters running around the train. The train is quite large after all so there is danger around every corner and no easy way out. It’s part of the appeal of the location because then you really have to use strategy. Usually the villains aren’t going to just shoot everyone on the train and so that gives the heroes a chance as they try to blend in and last a bit longer. I’ve never been on a big train like this before but it always looks interesting.