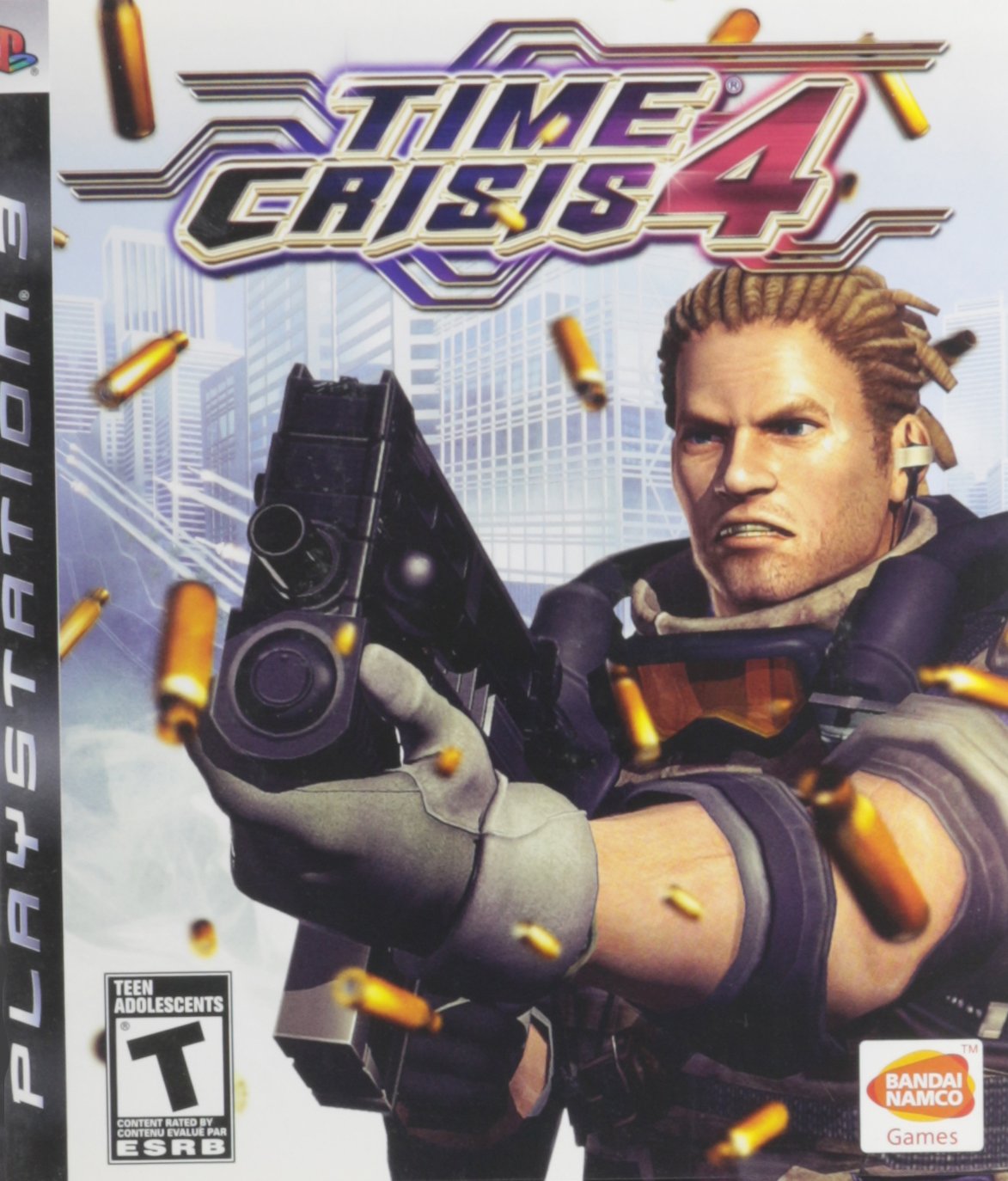 It’s been a fun marathon through the Time Crisis series but we have now made it to the end. I’ve owned this game for many years so it’s nice to finally play it. I’ll say this, the game is considerably better than the first 3, there’s no question about that. First person shooter games still aren’t really my thing but this one adds a bit to the mix. Instead of being a pure rail shooter you can actually move around during some of the levels so that was nice.

There is the normal arcade mode here but also more of a complete mode. This one adds in levels for the American agent which are fully 3D and add to the story. So in the usual rail shooter levels you play as the VSSE agents and then you play as the secret service guy for the others. The game has 15 levels as a result which is definitely longer than the others. Now if you had to beat this in one shot that would be crazy so fortunately this one actually has a save feature!

That was a game changer. No matter how fun the other games could be, it was always annoying to not be able to save. Until you got a bunch of game overs you knew that you would effectively be spinning your wheels for a while. The levels here can still be tough but there is less pressure since you can try again. Additionally the levels are also quite a bit shorter so when you die it’s not like you have to play large portions of the game again.

There are some new mechanics here like the insect battles and fort fights. The insects are more on the annoying side so I’d be cool with the series dropping this for the sequel. It could be really difficult to deal with them and they take up a ton of bullets. Then for the fort battles there is a lot of moving around and it feels almost a bit random. Good thing the girl lets you know what direction to check because otherwise that would be really difficult. The normal shooting sections tend to be a lot more solid if you ask me.

I really liked the new 3D sections though so those are easily the highlight. You still do need to use some real strategy here though. Don’t just run in and expect everyone to go down immediately. You have to conserve your bullets and keep on moving forward. There are checkpoints and all but you don’t want to have to lose and see how far back you go. The game isn’t quite as hard as the last two though so you should be okay. Those are still really hard to match.

Naturally the graphics are really solid here. We’re finally in PS3 world and we keep the big cinematics that the last game had. You can be guaranteed some kind of cinematic before each level and some have more after the level as well. The story may be a little dry as you’re just out to stop another criminal organization but I’m not exactly sure what the best way to spice it up would be. I don’t think the plot itself is the issue but it doesn’t really stand out. Maybe have the villains get a little more colorful with their designs? I thought that the 3rd game had the best villain designs personally.

There isn’t a ton of replay value here. Even if you really like the gameplay, it’s going to effectively be the same experience each time. I suppose you could just work on getting a better high score but there are probably other games in the genre you could play instead. Still you should be able to find the game for fairly cheap and so then it’s a good value. You’ll have fun playing through the story and it is the longest game in the series which is impressive in its own right. You should always strive to be longer and longer right!?

As the end of the day whether you like it or not will depend on if you like the genre. So long as you do then the high production values will carry the day. The good characters and cinematics help to hold their own. My advice here would be that in some of the levels the timer is generous so just hide when the insects show up. It’s hard to react quickly enough to hit them before they hit you. So instead wait until they have finished their attack and then go for the win. That would be the ideal way to handle this and you will not be looking back.

Overall, Time Crisis 4 is a pretty good game. It’s certainly my favorite game in the series. At the end of the day I can’t guarantee that I will really remember these games all that often since they’re more the type of game that you play through and then it goes back in the closet but it still is good. If they ever brought another one to consoles over here then I’d be interested in playing it. Perhaps the ole muscle memory would kick in and I would start dominating it. That would be ideal at least. In the meantime it’ll probably be a while before I play another FPS so we’ll see which game comes next.