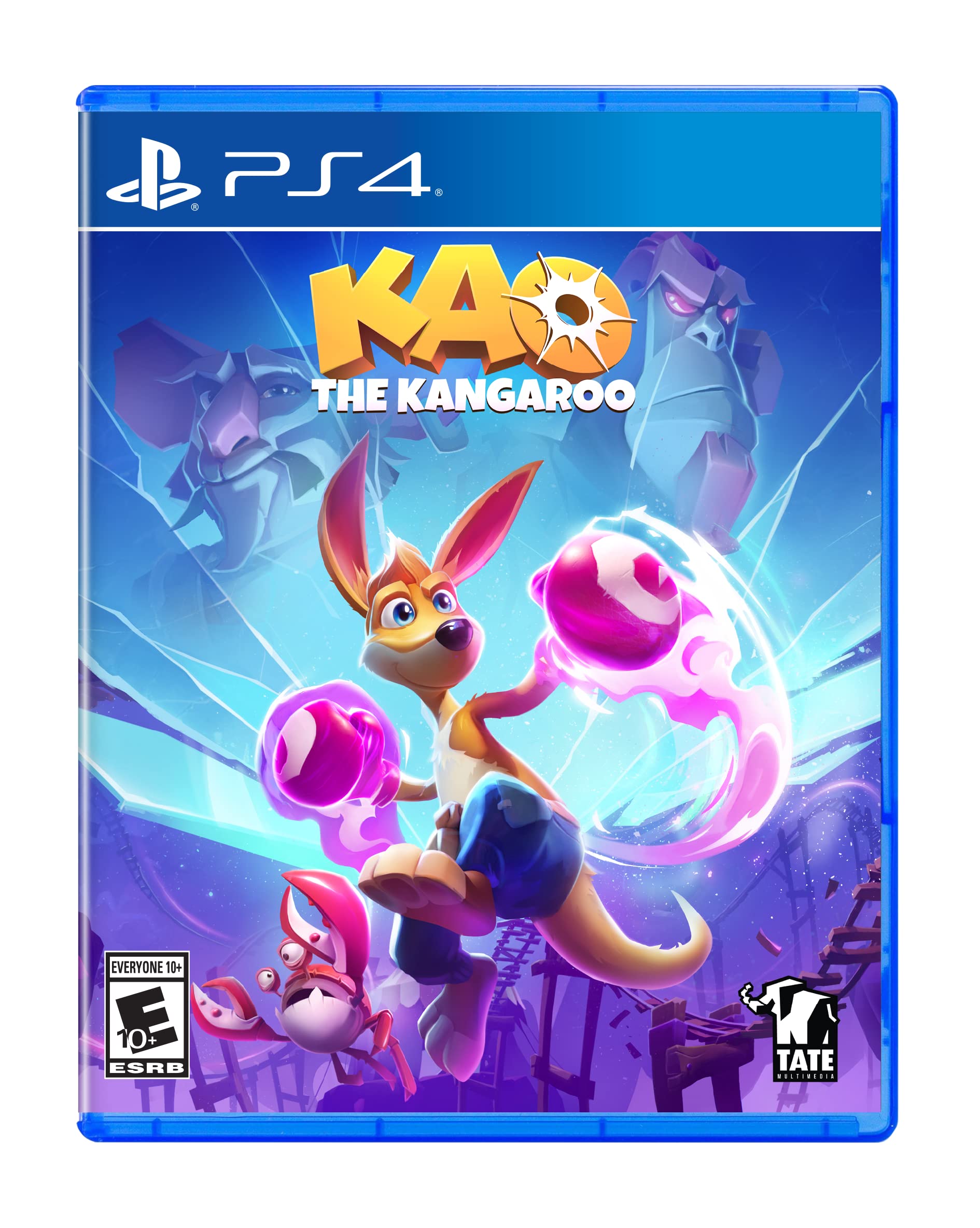 I always enjoy myself a good platformer. It has to be the safest genre out there aside from fighting games in that you know you’ll always have a good time here. It’s a very non risky gameplay style because whether it’s high budget or cheap you’ll be having some fun. Now this one may not be AAA but it was good. The game could be a little glitchy but at the end of the day I had a good time. It’s a short game but one that makes the most of each hour.

The game revolves around a kangaroo named Kao who was having a good time in the village but unfortunately his father and sister have both vanished. His mom pleads with him to stay but Kao has to learn what happened to them. He finds a pair of gloves with incredible magic power and decides that he will save the world and reunite his family. He is warned by a wise old man that the gloves may corrupt him and even turn Kao evil but he isn’t worried. Kao knows that he is strong of heart and can accomplish anything.

So the game has 4 worlds and each one has 3 levels and then a boss. You should have the game completed within a few hours max so it’s not very long but the levels are well designed. I had a fun time playing through them and I may even go back for the Platinum at some point. You can run, jump, and punch so all the basic controls are here. You can also wield elements to solve puzzles and of course take down enemies. I would have liked to have seen more elements but it was probably hard to fit too much in before the game was ending.

Now I mentioned that the game is glitchy. For the most part I don’t really care about glitches much as long as they don’t really impact the game. Sonic 2006, Frontiers, and Pokemon Scarlet are all known as games with glitches but they never impacted the gameplay so I wouldn’t really take note of them. The only reason why I note it for Kao is because I had to redo an entire level due to a glitch at one point. Basically the game doesn’t freeze time while you are talking to someone so I got attacked by minions before I could finish the cutscene. As a result the guy didn’t give me the gem and I couldn’t talk to him again so I had to restart.

Then other times the audio would cut out and you would get these loud static noises so I had to really lower the volume on the TV. These things are pretty noticeable so I would say the game could have used some more time on the debugging phase. Fortunately these are still rare in the end so they won’t really hold the score back either. At the end of the day I would have liked the game to have been longer but it still delivered on giving me a fun adventure which is all that I can ask for. As long as I can have fun then that means that the game did something right.

The story may not be the most original out there but it works out. Kao’s sister is one of those tough characters with a lot of personality so I can appreciate that. The old guy is very wise with all of his teachings so he’s about what you would expect as well. Kao’s father looks bad since he couldn’t master the gloves and got wrecked so easily but I’m sure he’s a good guy. The main villain is super forgettable though so you won’t be afraid of him or anything. I liked the gloves though, he made for a fun side kick.

There are a lot of elements here that would lend themselves over to a sequel really well. I can’t say that I’d be there day 1 or anything like that but I would definitely have a good time with a sequel and would buy it at some point. There isn’t a lot of replay value here though. I suppose you can go for the Platinum trophy which involves getting all of the collectibles. This should take you a few extra hours I’d say but even then not a whole lot of them. You’ll be done with this in a flash

The graphics look good. The character models are on point and I do think that they put a good amount of effort into the backgrounds. It’s a game that visually holds its own at all points. Then the soundtrack is also good. I’d give a special shoutout to the voices though. I loved Kao’s accent and he had this gimmick of overaccentuating the accent on every other word. It made for fun listening and it also makes the character more memorable. He’s not afraid to take risks and go after the villain so I’d give him some good props there. He won’t be winning any awards but he’s better than characters like Crash and Knack.

Overall, Kao The Kangaroo is a fun game that I could recommend to gamers of all ages. It’s a fun platformer that is very simple and straight forward. So you can just appreciate the levels as you jump around and get to the end of the game. I’d have appreciated a few more hours of content to really make this one last but at the very least you can’t say that they wanted to pad things out. The game does what it wants and then just ends after that. No dragging things out or just going on to keep going on and I can respect that.