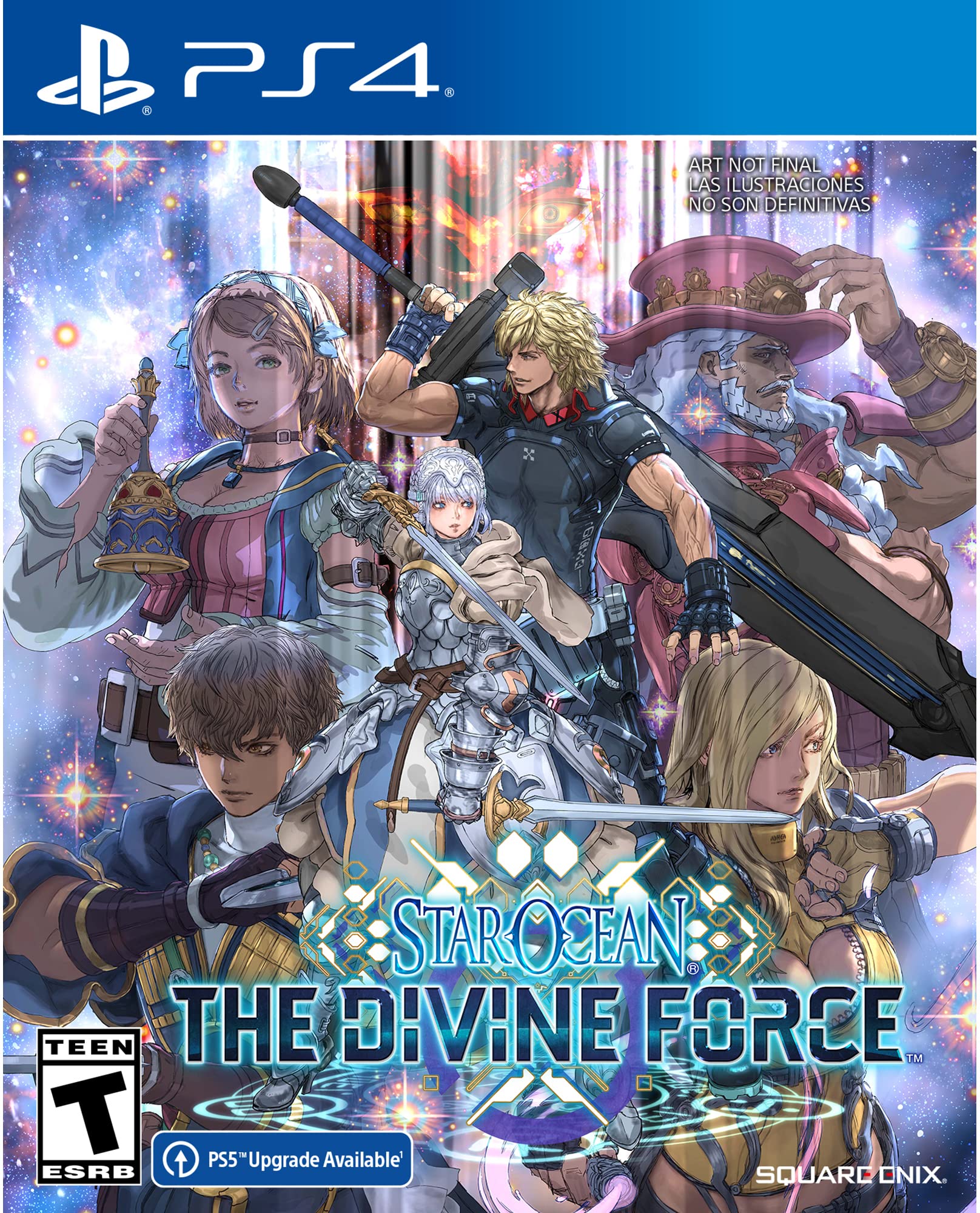 Right here, right now, it’s time to talk about Star Ocean! I can’t say I’m super familiar with the series compared to other RPG titles like Final Fantasy but I like the genre and I like sci-fi so you can’t go wrong. I figured I’d get this one day 1 because it looked like fun and it makes for a really fun game. It took around 30 hours to clear this one so you’ve got a sizable amount of story and cutscenes to get through. I consider this to be an absolute win and I look forward to playing more games in the series.

The game starts off with captain Raymond piloting his ship when they are attacked by the federation. His crew all manage to escape but they are scattered on a nearby planet which isn’t very developed. There are no high tech weapons or equipment on the planet and of course its medicine isn’t great either. Raymond knows he has to find his friends very quickly or it could get rough. He meets up with Laeticia, a mysterious girl who talks in a very formal manner and her bodyguard Albaird. They have a mission of their own and volunteer to help Raymond find his friends if he helps them out with some things as well. Time is of the essence so he agrees…hopefully these two are on the up and up!

As with any RPG you can bet that the plot changes a whole lot and gets expanded on as you play more and more. The story is very detailed and there are a whole lot of cutscenes talking about the rules of the federation and why it isn’t so easy to just hop in and save everyone with high tech teleporters. Raymond is aligned with a planet that opted not to join the Federation and so there is a lot of bad blood there. Meanwhile the federation really wants everyone to join to a rather unhealthy degree and they seem really shady. That’s not even accounting for all of the drama on the planet itself with the King and his subjects being on different pages as well.

At times this can make for a bit of a slow beginning as a result of that but the story really does pick up the more you go through the game. Once the various alien species show up then you get a lot of extra developments. You also have a lot of super forms and then a whole plot involving A.I. and how alive they truly are. It’s all pretty good stuff so you’ll have a good time. Ultimately it may not surpass some of the bigger RPG titles in a pure story sense but it’s well balanced in all areas.

As for the gameplay, it’s a 3D hack and slash. You have your basic attack, strong attack, and quick attack. Unlike most games where these are locked in, you can completely customize which button you want to use for which attack. You have around 15-20 by the end so you can just stick to using the attacks you want or mix and match. You can also assign full combos to each button to make things a bit easier. Personally I mainly just stuck to one attack. Once I got the flurry move I wanted I never ended up using another physical attack. It was just way too good and by the stats it was the strongest move so why switch it anyway right?

Aside from the main fighting moves you also have a final smash type attack that charges as you fight. It can be really handy in taking down the last bits of an opponent’s health bar. Then you have your DUMA which is basically a little robot that lets you hover in the air, create barriers, and do charge attacks. This guy is worth spamming on all minions because you can quickly get behind them for sneak attacks that deal extra damage. Additionally you can change directions in mid air while attacking which is handy as well. It won’t always work on bosses but it’s good to keep in mind.

Meanwhile the graphics are definitely really solid. The art style may take a little getting used to. I’ve heard some refer to the characters as looking like dolls and after that you can’t help but notice it. Still the visuals are on point and this still feels like a new gen title. A good amount of effort was put into it. Meanwhile the opening theme for the game is really solid. It’s a fun rock theme that feels like something out of the 90s. It was definitely real nostalgic to hear that although in the game I would have liked to have seen some more memorable boss fights. Surprisingly within the actual game you won’t have too many distinct tracks. They sort of just blend together for the most part.

In terms of content you’ve got a lot here. The main game is 29 hours as I noted but then you’ve also got a fairly extensive amount of replay value. There are numerous endings to obtain in the game and then aside from that you can try to get the Platinum trophy which will definitely take a while. I’d be surprised if you could beat it in any less time than 50 hours. This is a full adventure and even that may be understating it. So you’ll definitely be getting a good amount of content for your dollar and it’s worth the full price.

As far as the characters go, Raymond makes for a pretty good main character. He’s not afraid to talk tough to the Federation and tells it like it is. He doesn’t make promises without learning the details first and he is always thinking. It’s clear why he is the captain of a full crew because he is a very smart main character. He can be impulsive but balances the two attributes really well.

Then you have Elena who is a solid main heroine. As an android she tends to look at things logically but unlike most she is still able to keep her common sense and can understand humans well enough to act like one. Sometimes you’ll even end up forgetting that she is an android. She’s probably one of the most well rounded characters in the game and you can always count on her in a pinch. Without her the characters would have not made it quite so far.

Laeticia is the other main heroine here and she goes through a good character arc as she learns how to really be a great ruler. Raymond helps her become more flexible and she’s good in a fight. I definitely enjoyed her character and even her bodyguard Albaird looked decently good in the game. By the end he also loosened up a lot and was ready to stand with the other heroes.

Nina is a bit younger so she doesn’t get to fight on the front lines as much but she does well as a medic. While she is technically around for the whole game, her role feels a bit smaller though. Midas is someone who very reluctantly starts to help but that’s mainly thanks to Malkya. The two have a solid connection as she is basically immortal and he is super interested in science so it works out well. Then we have Marielle who is given a really tough time by Raymond at first due to her ties to the Federation. She does well in not making the same mistakes that most of them did though and gradually earns his trust.

Finally there is DUMA who is a fun robot type character even if he can take a little long to get on the ball about what’s going on here. Since he looks at everything logically, it can throw him for a loop when people don’t follow any kind of logic. So we’ve got a strong hero group here but the villains are more on the forgettable side. You’ve got corrupt kings and leaders but some of them are almost interchangeable. I liked the two alien villains a lot more and ultimately they were just minions. The final boss has a cool design though so I’ll give him that. At least you know that the battles will be visually entertaining the whole time.

Overall, Star Ocean: The Divine Force is a great game. It’s got a very detailed plot and the gameplay is on point. There’s actually a lot to dive into there so you’ll want to really absorb the tutorials. If I’m drilling down a bit more the one thing they messed up on is the equipment screen. When trying on an equipment it shows you all the characters and who it would work on but no indication of which character you are viewing currently which is a little annoying. Super minor since you can back out of the menu to check that but it’s the kind of thing that a quality of life update would certainly fix. It’s got every element that you need in order to have a great time and I hope to see the series continue with more games in the future. Perhaps we can get some more space exploration in the next title but either way this worked out well. If you’re on the fence about the game then I would definitely recommend making the tough call and buying it now. You won’t regret making the purchase.