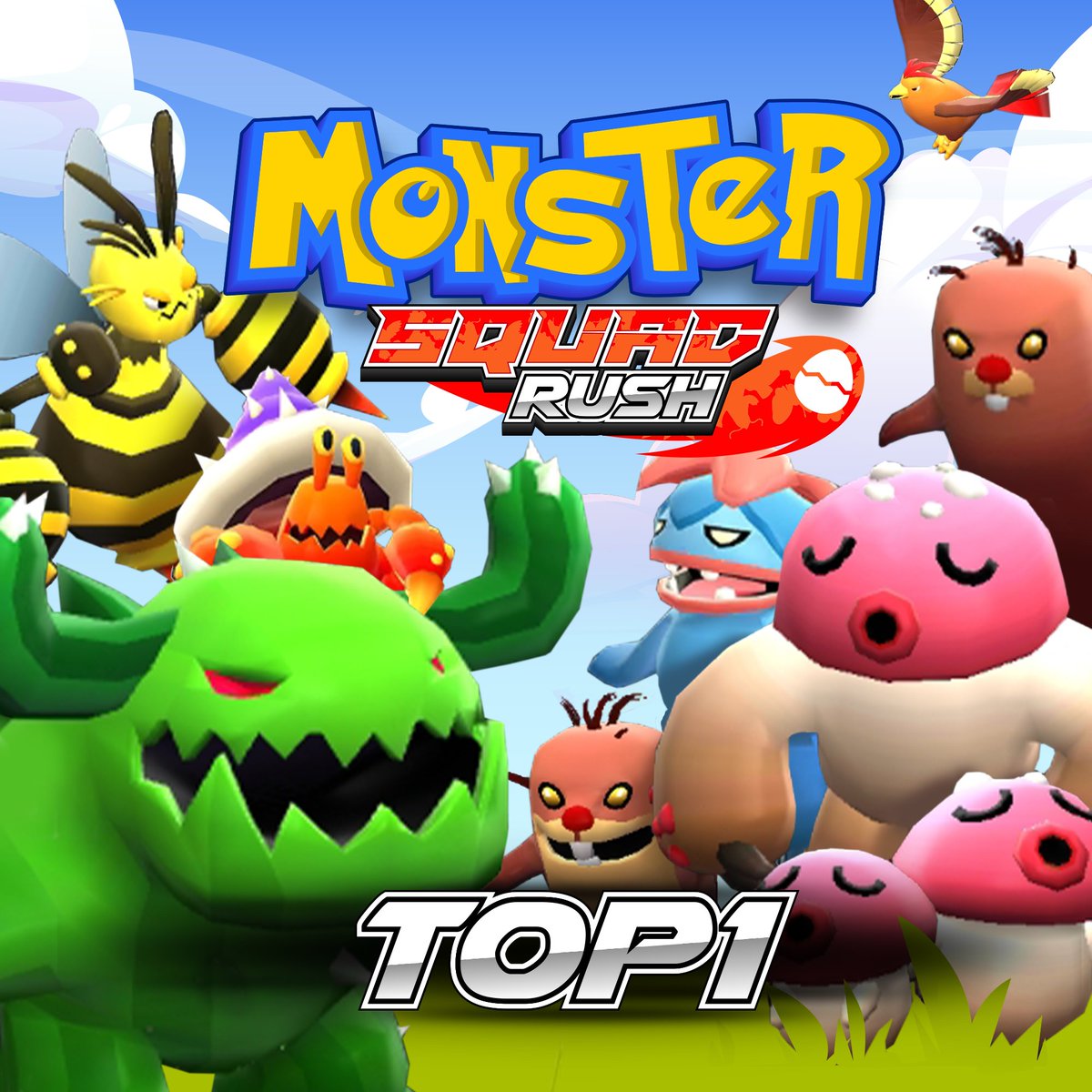 There comes a time in everyone’s life where they see an advertisement for something that looks pretty cool but you know that it’s definitely got to be fake. Still you want to try it out and that was how I was introduced to the Monster Squad Rush. The advertisements for this looked pretty fun as it was an endless runner within the Pokemon universe. Who wouldn’t want to play it right? Well the game has fun gameplay and some pretty neat features but ultimately it is all completely squandered by the unrelenting barrage of advertisements everywhere you go.

The main mode has you running down a road and you will need to grab as many Pokeballs and gems as possible. Pokemon will stand in your way and you catch them by hitting them with the Pokeballs which is automatic as you run forward. At the end of the level you go up against a boss Pokemon and when you defeat him you will gain more knowledge of the Pokemon. Once that’s at 100% you can catch it. If you watch an ad then you can double the initial scan and catch him in less tries. After that you move on to the next level. Rinse and repeat. Its a very simple formula and you just keep on going so this had the potential to be really fun as you keep on going through. I know there are over 160 levels at least.

There is also quite the character cast here. You’ve got Brock from Pokemon, (No Ash despite all the ads) Iron Man, Spider-Man, Venom, and Lady Deadpool from Marvel. Superman from DC. The girl from Overwatch. And finally Naruto himself. Thanks to a glitch I unlocked them all even though you’re supposed to play tournaments and do a bunch of events to slowly get them. Obviously the game doesn’t have the rights to these guys so it’s impressive that they got them all together. It feels like a true superstars endless racing game. They don’t effect the gameplay at all as this is purely a costume change but it’s still cool.

Now the issue here is the advertisements as I mentioned. After each level there is an ad that plays for a while before you can skip it. When you’re starting a level there is another ad that plays. When you beat the boss there is another ad that plays. All new hats, characters, and bosses are hidden behind ads as well. Each of these ads are complete videos for the same games over and over again which is annoying. By the time I made it to the 8th level I knew that was it for me. The ads are just too annoying and frequent.

I know you have to keep the game free somehow but there’s no way you have to include this many video ads. I’ve played my share of app games in the past and this has to be the most egregious yet. There’s just no way to really play the game smoothly. On the way to level 8 I passed well over 10 video ads and so at that pace the game is way too slow. I really enjoy endless runners but not enough to put up with that for very long. So this is a game that I definitely would say to stay away from. It’s not like there is a ton of content to unlock either. I think that’s why it is padded out with ads because otherwise you’d beat the game quickly and then there wouldn’t be much else to do. Sure you could keep playing the endless runner levels but with nothing to unlock that wouldn’t be quite as smooth.

Another big shot against the game is that there is no music. Not “Barely any music” but literally no music. They couldn’t be bothered to even get free domain songs in there so you’re going to need to open up Pandora in the background so you have something to listen to. There are sound effects yes but that’s it and it’s always eery to play a game with no music but just the sounds going in. It didn’t really work for me tbh. It certainly doesn’t do anything to try and make the game a little more fun.

I’ll say that the graphics are okay at least. I would consider it to be fairly low among app games and doesn’t look nearly as good as any of the official ones but at least you can tell who the characters are. It’s not so bad that everyone is completely off model or anything like that so I can still give the game some credit there. Bright visuals just aren’t going to be nearly enough to get me to stick around either, I need more than that.

Overall, Monster Squad Rush is a bad game. It relies too much on ads instead of developing good game content that will keep you going. It also boasts about paying some money to remove the ads for a while which shows you how greedy the game is. If you want to have optional video ads to increase your points or something then that would be fine. I’ve played many mobile games that had optional ad videos which worked well but the issue is when they are all mandatory. That’s when you really get into quite the pickle and end up sabotaging your entire game right at the jump. If only the game could have played things a bit smarter but as it is I’ve now deleted the game from my phone and it’s back to the Mega Man X Dive/Pokemon Go tag team combo.