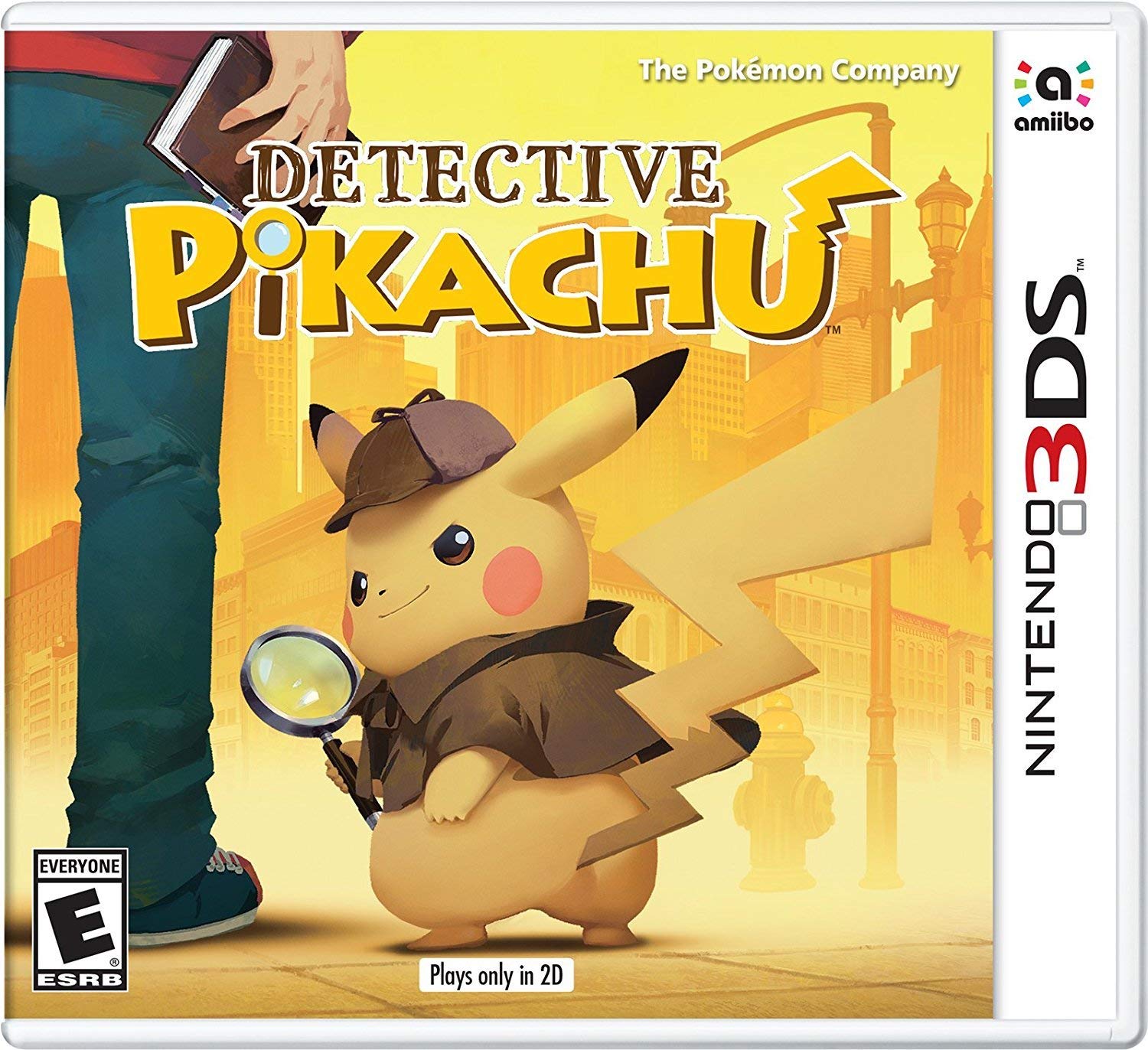 I watched the movie for Detective Pikachu a long time ago and it was definitely a lot of fun. It’s taken me long enough but I finally got to buy the game as well. I do like the idea of the game with solving mysteries and cracking puzzles but in this case I think the premise far outstrips the execution. It’s aimed a bit younger than I expected in terms of the gameplay so it’s a true cakewalk. You aren’t going to die here and at most you may just take some time on some of the chapters because you have to talk to everyone so much. There is very little dialogue here compared to the text you’re reading. It almost becomes a visual novel at some points.

The story follows a kid named Tim who is trying to find out what happened to his father. Tim’s father was working on a very dangerous case when there was a car crash and then he was never seen again. Tim is confident that his father still lives since the body wasn’t found but in order to dig up any clues he is going to potentially have to cross paths with a very powerful criminal underworld. These guys don’t play nice so that means a single mistake can really have you in a jam. Fortunately Tim meets up with an interesting Pikachu who wears a detective’s cap and Tim can even understand him. This Pikachu acts a whole lot like a human too and even drinks coffee. Unfortunately he has a case of amnesia and won’t be able to help out much in uncovering the truths through what he recalls but apparently he was Tim’s father’s Pikachu so at least he was close to the situation. Perhaps his memories will come back later on.

Along the way you meet up with a reporter and her friend as well as their boss and then a bunch of other characters. The cops are here to help and before long you have a lot of suspects to work with. There are 9 chapters in the game and they all help you build up some clues and they each get you closer to finding the mastermind behind the operation. One thing’s for sure, this won’t be easy for Tim.

Now the main issue with the game is that all of the chapters start to feel very similar because there is no variety in the gameplay or the structure. Basically the flow is that you will talk to everyone once and get some ideas/clues for the case that you’re working on. This triggers a new idea/clue and then you have to talk to everyone again. You rinse and repeat until you’ve solved the case at which point Pikachu will start recapping it. Then you get a quick time event to wrap up the chapter and start the steps again. The weakness to this style is that if you solve the case ahead of Tim and that’ll happen often, you still can’t proceed until you officially get the clue.

This happened to me quite a few times but the most intense was in the final chapter where I missed one character to talk too and that was enough to prevent me from moving forward in the case. It would help if you didn’t have to talk to everyone each time. Additionally whenever you talk to a Pokemon for the first time you get a whole intro for that Pokemon which can get a bit repetitive. The game likes to recycle animations. Also Pikachu will occasionally call to you and usually it’s to give you advice for a case but sometimes it’s just for a little skit. The problem is that it’s impossible to know which is which and some of these clues are required for you to move on so it’s always a guessing game.

Meanwhile I enjoy the quick time events but it would still be nice if there were more I could do on my own. Let me fight as well because otherwise all I can do is move around in the game. A fun tribute to the franchise would have been if it turned into a turn style based combat for the final level of the game. You have to admit that would have been super awesome and it could have helped make things feel special. Instead the final chapter is just like any other.

Now there is still a good amount to like bout the game and that makes sense since the score is still going to be positive here. The game has voice acting at times and fully animated cutscenes. That’s always a lot of fun and makes the game feel more special. You can tell that a good amount of budget was put into this one without a doubt. The graphics hold up really well. The soundtrack also gets surprisingly intense during the quick time events. Suddenly there is a decent amount of rock and roll music going on. It’s nice and fast paced and helps to really take the music to the next level.

In terms of length I wouldn’t say it’s great but it’s long enough. It’ll take some different batches to defeat it for sure. Maybe around 10-12 hours would be how long the game takes. There isn’t any replay value as the game just stops and then you can’t go through a level select or anything like that. There’s no collectibles or anything so it makes sense. You’re playing this one for the mystery and that’s it. The ending does leave a lot of room for the sequel though since they don’t actually wrap everything up. You could say that the adventure is just getting started.

Tim is a decent main character. He wants to save the day and find his father. There admittedly isn’t a whole lot more to him than that but it’s enough to at least use as a starting point. Then you have Pikachu who is very confident in himself and he deserves it. He is actually a really good detective here and lllcan hold his own on any case. That’s exactly the kind of character I like to see. The reporter is good as well and you’ve got a fun cast here. If they ever do make the sequel and just add some more interactive gameplay then I’d say we will certainly have a winner here. I like to see the Pokemon games trying new things but I just think you have to give people a little more than this. I got it for a great price but at full price it just ends too soon and wouldn’t have given you the big experience you were expecting.

Overall, This game wasn’t quite as good as I expected but it was still a good game. It’s fun to see how different it is from the movie. They have a lot of common elements but also really ended up doing their own things in the end and the nice part about that is you don’t have to relive the same story twice. Instead you get to see the characters again but in some new settings. If you’re looking for a fun little Pokemon adventure that is more of a book than a game then this is the one you will want. If that doesn’t sound quite energetic enough for you then you should probably get something like Pokken instead and keep this one on the bench for now.