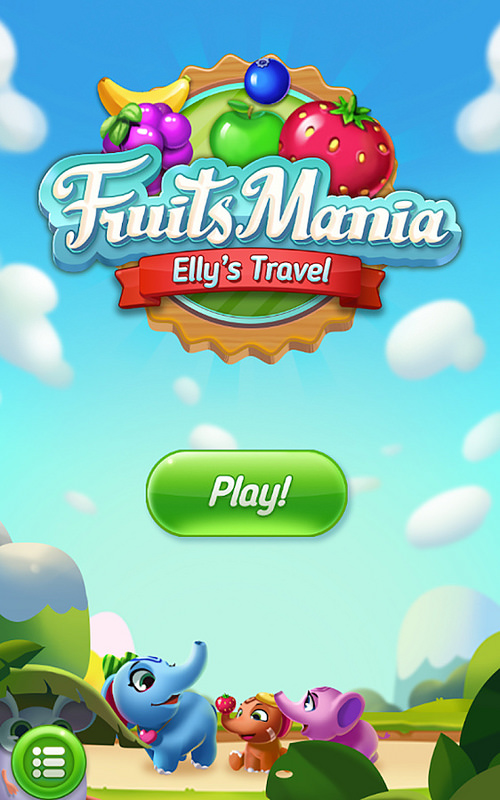 It’s been a while since I last reviewed a mobile game. This time it’s one that isn’t a franchise title so you may be wondering why I picked it up. Well, the game was recommended by a few colleagues and so I quickly made it my mission to get reasonably far in it. After completing over 150 levels, I can definitely say that I have achieved my goal. I actually started this one after Lollipop so I will make some references to it but that review will be coming after this one.

The gameplay is very basic but there are a few advanced rules that you have to find out on your own as the game keeps them from you. The objective of each level varies but typically you have to destroy a certain amount of blocks in various colors or the crackers underneath them. Sometimes you will have to escort candy to the bottom of the level. You do all of this by matching colors in groups of 3 or greater. Groups of 4 will allow you to destroy a whole row or column while 5 will let you destroy a whole color on the board. Use these combos strategically in order to clear the level. Luck does play a large role in this game, but there is still the skill aspect as well. You can’t just blindly blow up blocks and expect to win. Some advanced techniques you can do are to merge explosion blocks or any kind of special block really for intense results. Hit a line block with a rainbow and it will cause a very large chain reaction. This resulting explosion can really change the landscape of the entire level and grant you a swift victory. Of course, it is incredibly difficult to accomplish such a feat.

There is nothing else to do here except the main levels so you really have to enjoy the gameplay if you want to keep playing. There are over 1000 levels though so you don’t really need to worry about running out for a very long time. I don’t care how good you are at this game, clearing it will take time. I’m fairly close to level 200 but the game is getting to be quite difficult now so my pace has slowed considerably. You do get special items every now and then, but it seems to be based on your play time so it doesn’t come as frequently as in Lollipop. Use your items wisely as you will certainly miss them once they are gone.

One thing that is unique to Fruits Mania over Lollipop is that it has actual boss fights. You attack them with your blocks. It’s really just like a normal level, but don’t underestimate it. The toughest levels are still when you have to escort fruits to the bottom of the screen as you have to either plan out your moves and their effects to a very high degree or just depend on RNG.

There isn’t really a soundtrack of course. There are some decent sound effects, but that’s really it. As far as the graphics go, it’s nice and clear. The art style isn’t bad, but I wouldn’t give it much praise since it’s not like it has much to do anyway. It’s just the same fruits in each level so I doubt it takes too much time to set it up. The game is a brilliant idea from the developers because they can just keep on generating new levels which are just the old ones, but switched out a little. It’s most impressive if you ask me. From the gamer side you won’t even mind this much because the core gameplay is what’s fun. It’s not like there is a whole lot more they can do with the game without possibly damaging the formula. They do add new mechanics from time to time, but they have to be careful not to overdo it.

The replay value goes without saying here since 1000+ levels will take forever. Each world has 50 levels and I’m only on World 4 I believe. This app succeeds in what apps are intended to do, make the time pass by quickly. It doesn’t need the internet so you can play the game while in the subway and if you’re stuck in a level you don’t have to worry as the game will give you powerful items before you know it. The best items are the capsules that take out whole rows and columns. They are just so overpowered. .

Overall, Fruits Mania is certainly an addicting mobile title. It’s a step under Lollipop but that could very well be because I played the other game first. As the levels are quick it is easy to pick up and play at any time. I doubt I’ll ever complete all of the levels, but it’s a fun game. I’d recommend checking this out if it’s up your alley but if you already have a game that you like to go too in this category, then there isn’t much point to switching.