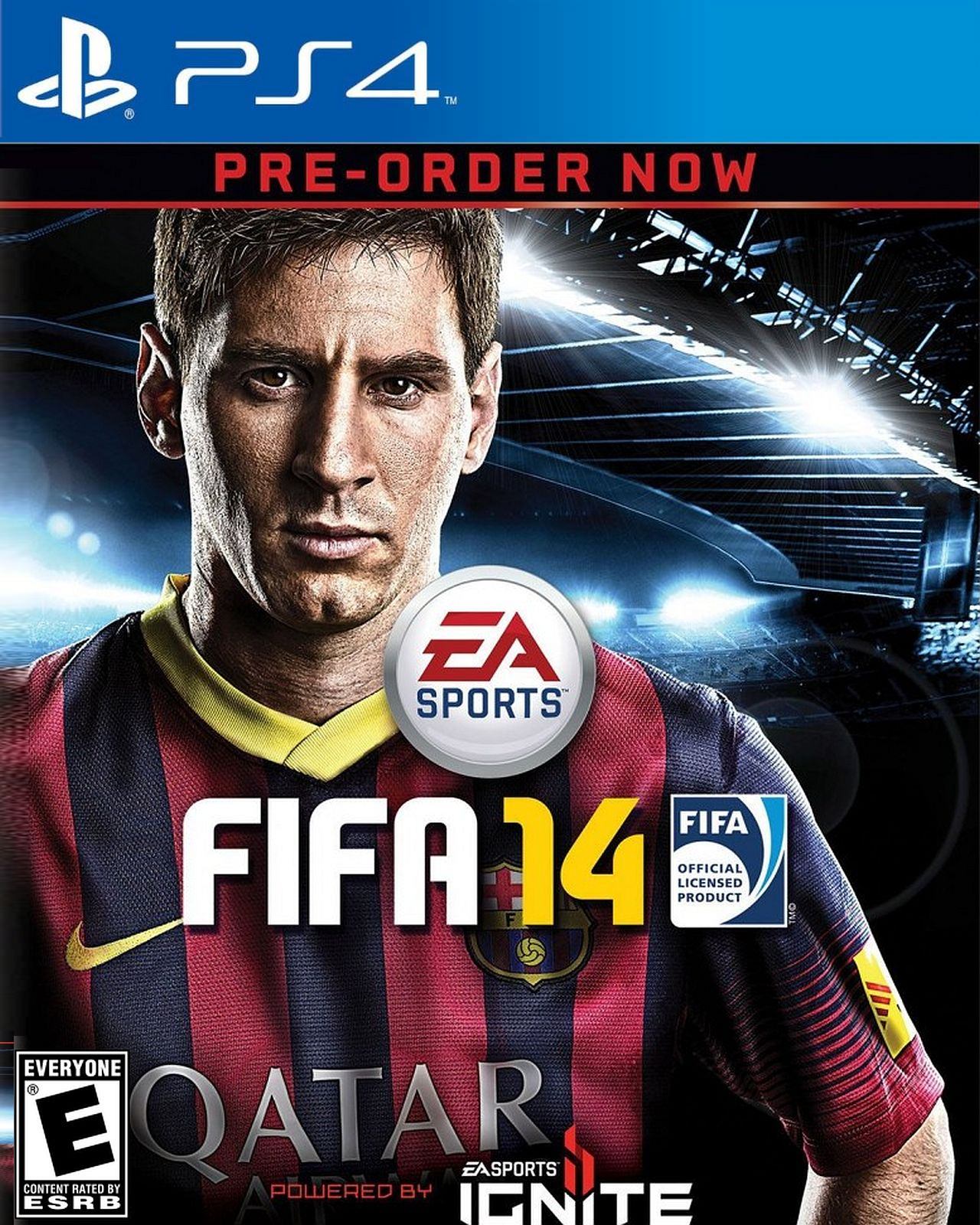 It’s time to look at an old FIFA game. I would say a “modern” one but at this point 2014 feels like a long time ago. I don’t have a lot of experience with FIFA, but I’m a little better at it than I am at MLB. At the very least I keep the games close. It’s definitely a fun title, but certainly one that you will enjoy a whole lot more if you are actually good at it. Knowing how to make the plays that you want to achieve simply makes for a world of difference here.

There are a bunch of different modes. I imagine that you will spend most of your time in Franchise mode ordinarily. After all, that’s where you get to really learn and grow with your team. If you can’t get the hang of the controls for a while you’ll start out with some bad records, but eventually you’ll be able to completely flip that. I don’t really have enough time to do all of that, but it’s always a great mode for any sport. Beyond that you can also run drills, practice, Go online and play, or a bunch of other options. There is no shortage of modes and content here.

As for the gameplay, it seems pretty good. it’s definitely one of those games where it’ll take a while to actually master the controls. There’s a lot to them and you can’t really skate by on just doing the easy controls. You’ll really need to apply yourself here. For example, I played a few games, but couldn’t score a single goal. I just can’t get close enough to take a realistic shot, it’s crazy. On the other side though, I didn’t allow any goals to be scored in most of the games. (They did score on me once) So…either the goal keeper is just OP here or I need more training. I imagine that it’s the latter because otherwise the FIFA games wouldn’t be nearly as big as they are now. I felt more confident than in Baseball since I’m at least not getting blown out, but at the same time you can’t win without scoring right?

The graphics are certainly solid as always. EA doesn’t hold back in that area. As always in the sport games the music isn’t all that memorable, but it seems to be pretty fast and fitting for the sport. On a technical level the game is quite good and the gameplay is solid as well so I have no real complaints. The only thing really hurting the score is the fact that the game won’t be incredibly fun until you get good at it and you also have to love the sport. If you think about it, technically you’re going to be going through the same motions in every match. That’s true for many games of course, but it does emphasize how much you need to like the gameplay in order to go through with it. Otherwise it would just become a chore by the end and you don’t want that.

To date the best Soccer game has definitely been Mario Strikers. It took a more arcade style look at the sport with simplified controls but still hitting all of the right mechanics. It’s a game that holds up well today and I think FIFA could learn a thing or two from it. FIFA is of course going for a Soccer Simulation style as it’s very realistic but I think it could loosen up on the mechanics a bit. Make the ball go in more precise locations instead of just anywhere and that would help with the shooting. Of course, this is something that would help casual FIFA players like me while professional gamers would likely not like having their experience go to waste so it’s definitely a mixed proposal. I’ll definitely still be buying the next FIFA games once the price is reasonable so it doesn’t make much of a difference to me, but I do think it would be a way for the series to get to the next step.

Currently from the big EA titles I’d rank them as Madden>NBA>FIFA>NHL>MLB>PGA. If we threw Tennis in there then it would be third after NBA. In general those are the 3 games that are way above the others. Starting with FIFA they just aren’t as interesting. Put it this way, Madden is a 9 star series and NBA/Tennis are 8 stars. FIFA is a 7 and the others range from 6 to 3. There’s probably a strong correlation to how I enjoy the real life sports too I suppose.

Overall, FIFA 14 definitely continues the series off well. I look forward to playing some of the other FIFA games I have in the backlog but haven’t played yet. They’ll all be older, but that doesn’t mean that they can’t be even better. The more I play them the better I should get so that could help plus sometimes the older games had simpler controls which is also important to notice. It’s the opposite of fighting games where they’ve gotten a little simpler over the years. (Although in some cases that’s been a good thing like with Super Smash and Street Fighter) Whether you’ve played a previous FIFA game or not you should be able to jump in pretty quick here as long as you know how the sport works. Actually winning a game is a completely different discussion though. For that you’re gonna need to practice your shooting for quite a while and that’s no easy feat.