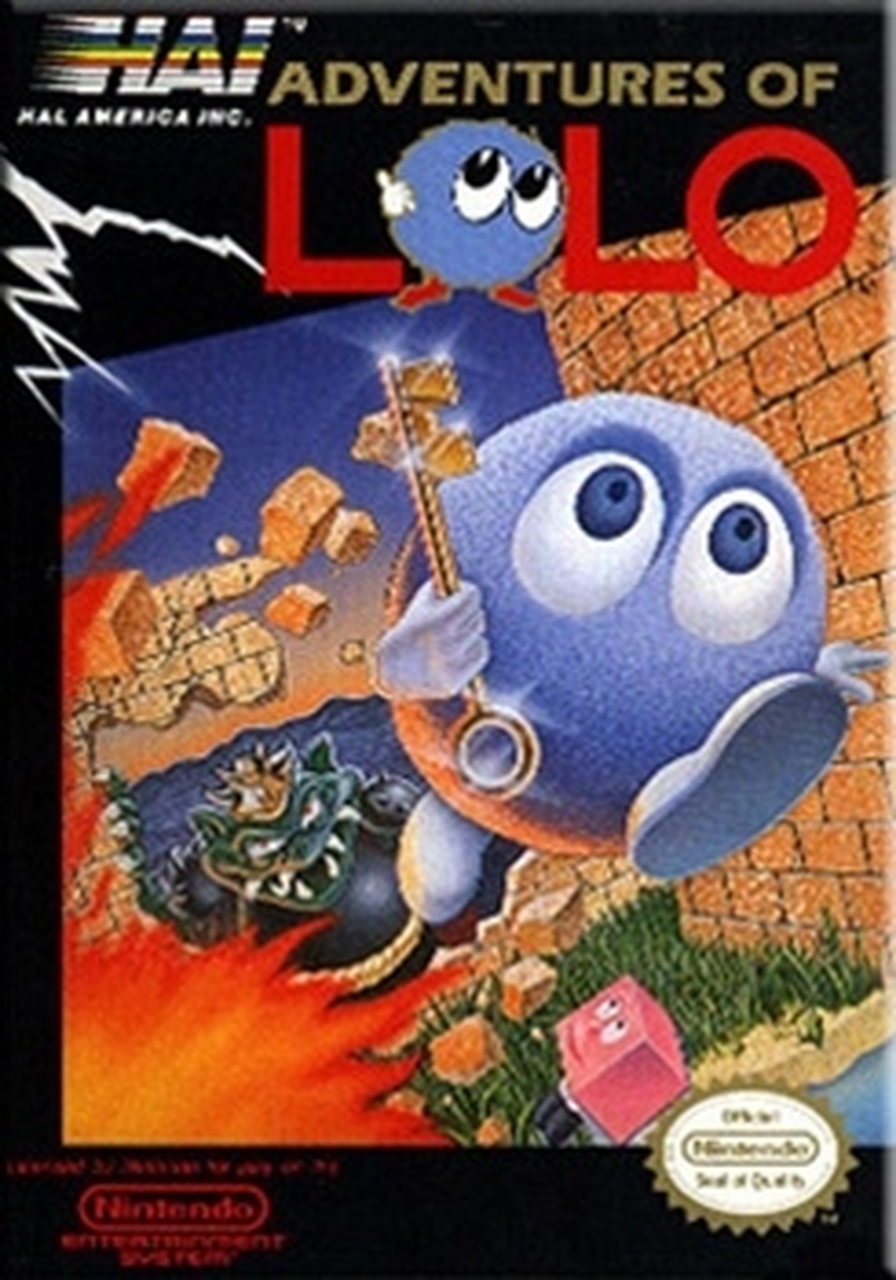 It’s time for Lolo to come up to bat. There are definitely quite a lot of NES Online titles that I have yet to play, but Lolo seemed like the best one to check out at the time. It’s got a Kirby vibe to it, but it is puzzle based instead of being a platformer which is pretty interesting. It definitely changes things up and I’ll give the title credit for trying something new. I don’t think it’ll keep your attention for too long, but it’s a nice way to spend an hour or two.

The basic plot is that the princess has been captured and Lolo has to save her. As with the Mario games, Lolo always gets close only to be told that the princess is on a different floor. You have to scale all 10 floors and 50 puzzles if you actually want to save her. I completed the first 5 floors and then stopped on the 6th one. It’s definitely a title that is easy to get into, but hard to master. You’ll really have to think long and hard about the puzzles if you want to get all the way.

The access points help a lot but without them I can’t imagine going too far in this game. I died dozens of times during the course of the first 27 levels and they kept on getting harder with each new one so I would have been cooked. The game is overhead and the goal is to grab all of the pink orbs which opens up a chest on the level. Once you grab the gem in the chest all of the enemies in the area will blow up and you can proceed. Rinse and repeat as you go through the 50 levels. You have the ability to summon a ladder in levels that give you this option and you can shoot an energy blast which you get from energy squares. You only get 2 shots so make them count. One shot will turn an enemy into a gum drop and hitting them a second time will shoot the ball far off into the distance so they can ponder what just happened. You’ll need these gumballs to float in the ocean or to keep them out of your way as you get through the goal.

The toughest enemies to get around are the floating heads. If you walk in their line of sight at any point then you die instantly. They can see in 4 directions at once so dodging them is tricky. Typically you need to use a block to try and block them, but even that can be pretty difficult to achieve. One wrong step and it’s curtains. Then you’ve got the speed ghosts who move much faster than Lolo and a single touch is death. Well….okay any hit in this game is death so just don’t get hit. That’s a lot easier said than done though.

The enemies all activate when you’ve hit the final target in the level so you want to try and leave the one that is closest to the chest for last. Of course, that is easier said than done and some levels rig it so you can’t do this. You have to manipulate the blocks to make the best possible course for yourself so you can dodge these guys. It feels like a Layton puzzle to an extent just with less variety. These are real brain challenges though and are definitely not to be underestimated. I haven’t played a game this hard in quite a while. The NES definitely had a lot of real tough ones. I can’t say I miss the days of not being able to save and all, but they definitely had their charm.

Adventures of Lolo doesn’t have much of a soundtrack, but it’s peaceful enough while you’re playing. It does hold up with the graphics very well though. You’d barely believe that this game is so old because it just looks very smooth and clean. It’s the kind of game that could come out right now and you probably wouldn’t bat an eye. The length is pretty good too. Someone beat it in around 40-60 minutes which would be pretty crazy to me. There are 50 puzzles as I mentioned and it took me around an hour and a half to beat half of them. So you’ve probably got 3 hours of solid entertainment here and you can increase that number by quite a lot since you’ll likely be dying in some of the levels. There isn’t much replay value after beating the campaign, but that’ll take long enough as it is.

Overall, The Adventures of Lolo is a fun title. I’ll definitely remember it although before I play the sequel I’ll probably try something a little different the next time I head back into the NES world. If you’ve got the online Switch membership then you should definitely check this one out. It’s free so there’s no real downside and it’s nice to take a look at these retro franchises. Who knows, maybe Lolo will end up being the next title to get revived like Crash, Bubsy, or Spyro! The puzzle concept could certainly work well in today’s world as well, I just hope they add more of a story this time beyond the whole princess gets captured thing. I want full cinematics or at least a hype script.