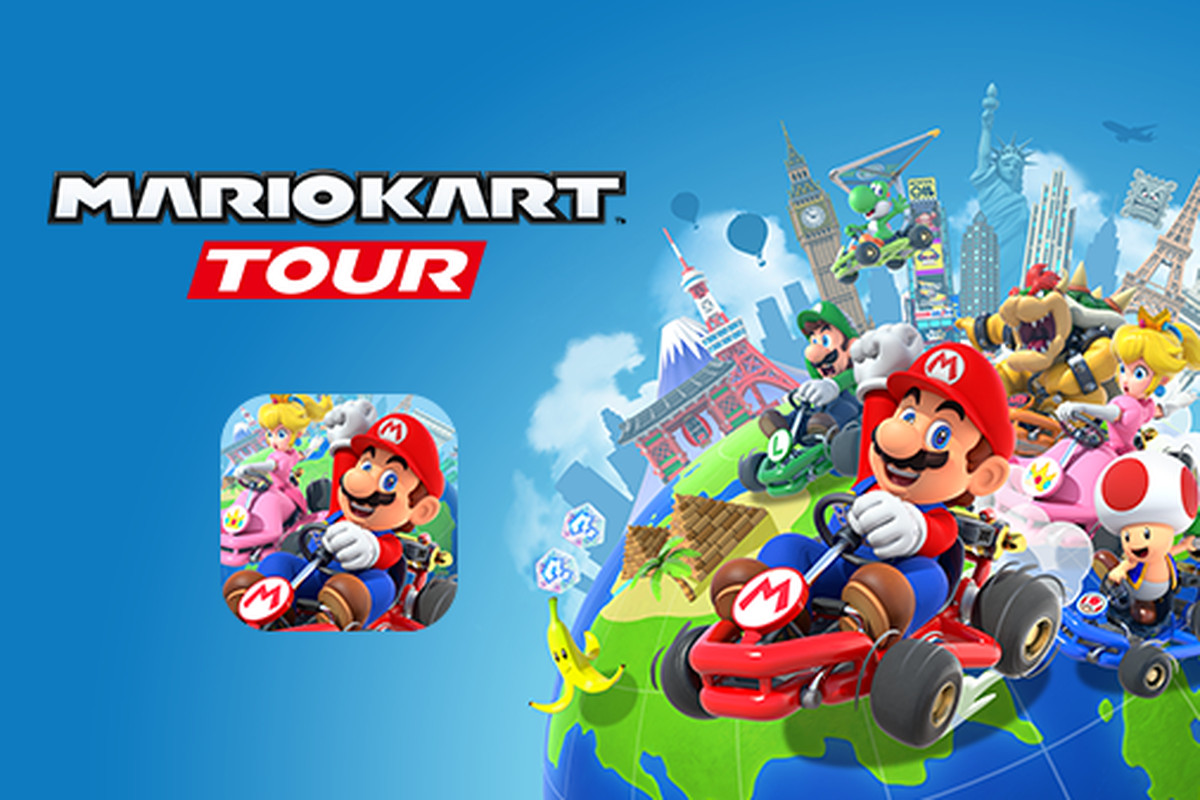 It’s time to look at Nintendo’s latest venture into the mobile world. Despite their rhetoric about not jumping into the pay to win biz it was always just a matter of time. Mario Kart Tour does take this to an extreme level with how many pay to win mechanics there are though. You don’t need any of them to I want to stress that you can still play this game at a satisfactory level without paying any money at all. You will be at a distinct disadvantage, but that is typically the case with almost any mobile game.

The main gameplay revolves around driving and trying to reach the end. Most of the levels are fairly straight forward so you shouldn’t have a difficult time getting to the end. There aren’t many areas where you can fall either. However, this means that more than ever you will need to make sure that your driving skills are polished so you can make the right twists and turns. Every second saved is quite important and also because the score makes a big difference here. Your score is ultimately what decides how many Grand Stars you earn in a race. Obtaining first place gives you a lot of points but it is totally possible to ace a level without coming in first depending on how well you do.

There are a lot of items at play here though so doing well doesn’t necessarily mean you’ll win. I had quite a few races where I lost due to a lot of cheesy circumstances at the last second. A Paratroopa slammed me near the end and then there was also the Red Shells that would get me. There’s a considerable amount of RNG here, but that’s always at play in a Mario Kart game. If anything you really need that or this would become just another racing game right?

The graphics are very nice. You can tell that this is a 2019 game with how vibrant all of the character models are. The stages are incredibly nostalgic and have also aged well with the graphical enhancements. There’s nothing to complain about on a technical level. The stage themes are also really good. I feel like for most mobile games the developers spend a ton of time on presentation since that’s what will really attract players and ideally get them to stay.

The gameplay is quite good. At the end of the day that part holds up pretty well. There’s quite a bit of auto assist so you can even play while you’re not by your phone, but don’t expect to get a good placing. This is actually discouraged compared to other games as well since there is an energy limit that you will hit very quickly. Once that happens your karts and characters won’t get EXP with each win which is a big drawback. You can keep playing, but it will feel like you’re losing out quite a bit.

That’s one limitation that holds the game back and another is how tough it is to get the characters you want. That’s true for many Gatcha games, but some are better than others. One problem with this one is that Karts and Gliders are included as opposed to it just being Drivers like in most other games. I’d really rather not get another car when I could just get more characters. You’ll also get a lot of duplicates since right now the pool is very small. Getting a duplicate feels like a waste because it takes multiple duplicates to get a single rank up so you’ll be here for a while.

The game’s definitely got quite a grind behind it which isn’t too surprising, but it could have definitely been handled better. Then the game also has a Gold Pass option which doubles your rewards for each box but it is quite pricey. I believe it’s around 5-6 a month which is absolutely crazy for a game like this. Honestly, there are almost 0 games I would even pay something like that for. Even Super Smash would have to get declined on this one. I get paying for a console’s online, but individual games?

I got Daisy near the end so that was good, but I wish I could have gotten her a little earlier. I can’t complain much on that end though. Then you’ve got the Cups and by-weekly challenges. I cleared a good chunk of them and apparently new ones are cycled in. It hasn’t happened yet so it’s speculation, but I’ve heard that they might all cycle in and out which would be annoying. I like to be able to play any level at any given time. All mobile games have the themed events which leave, but there should always be a good chunk of permanent ones.

Mario Kart Tour definitely makes a lot of odd decisions. It’s a good game and I think you can get a lot of mileage out of it, but you’ll need to really like the racing. You’ll also have to accept that it will be difficult to be at the top of the rankings for any month since the only way to increase your score on the gliders/karts/drivers is to level them up and it’s tough to get the resources for that without spending money. You will level up, but slower than the others. At the time of this review there isn’t even an option to race against other players which is crazy since that’s what Mario Kart is known for. The game is supposedly adding it in a day or two, but that’s a day or two too late.

Overall, Mario Kart Tour is a good game despite having a lot of negatives. At the end of the day it does succeed in being a good way to drive on the go and to hone your Mario Kart skills. It’s just not good enough for me to keep it long term. These kind of games are addicting for a little while, but you definitely end up burning out after a while. It’s rare that a mobile game will hit the big times and I don’t think this one will have what it takes for me at least. If you do stick around, then just have a blast and enjoy the features!