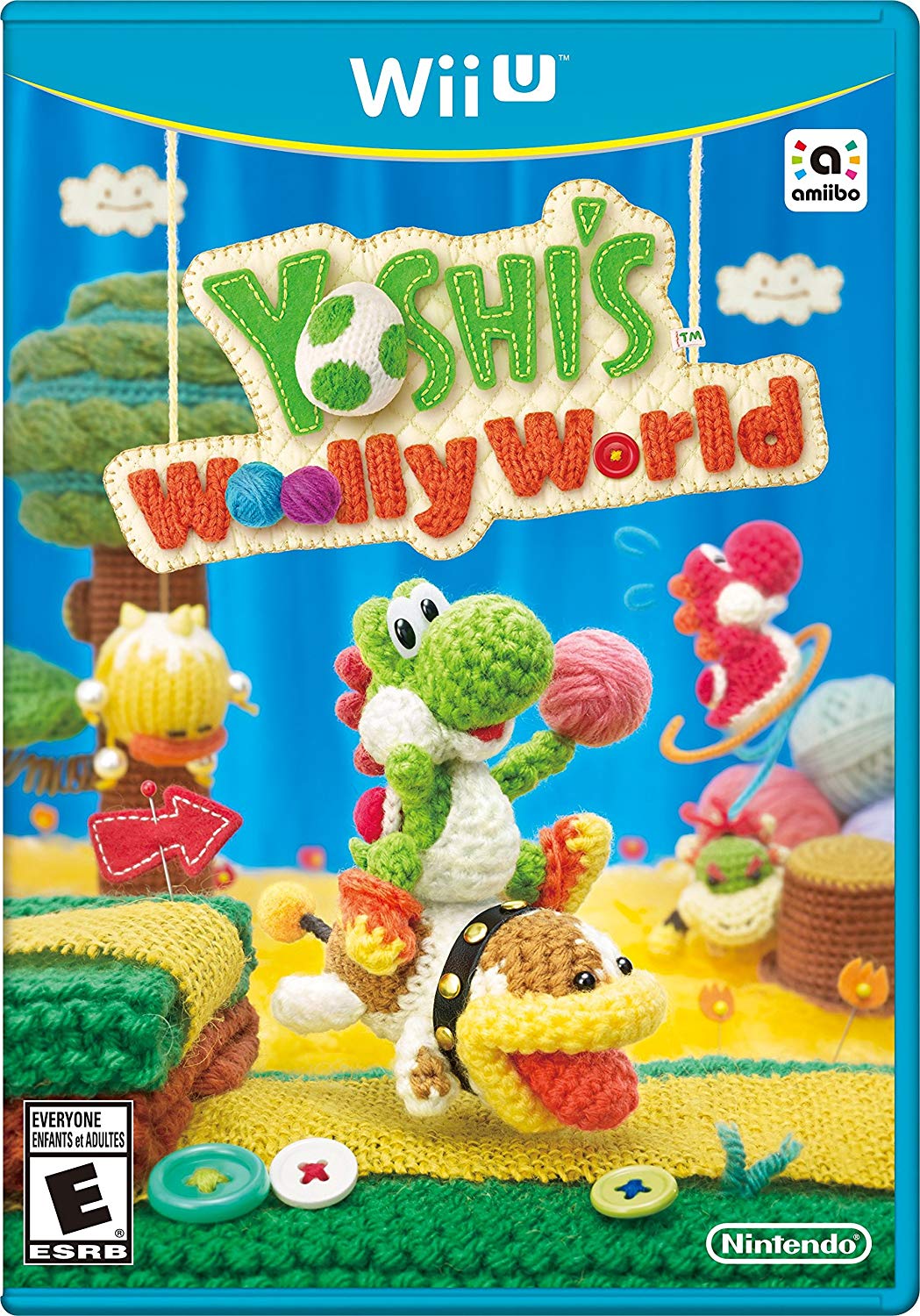 I have conquered my first game from the Christmas batch! Of course it had to be Yoshi because this game was supposed to be quite solid. I may not be a fan of the yarn aesthetic but that has no real bearing on the actual gameplay so either way this was going to be a blast. It’s definitely a pretty good game and delivers on everything you could want here. My only gripe is that some of the level designs aren’t great with invisible blocks everywhere which I find to be a bit tiresome. The final level in the game is also the worst one which is a bit ironic, but these issues are fairly minor and ultimately do not prevent the game from reaching its potential.

The story starts with Kamek showing up and stealing most of the Yoshi’s. Since they are made of yarn this isn’t really a difficult thing to do. Fortunately the main Yoshi escaped and now he wants to save all of his friends. To do that he will have to travel to all of the worlds and stop Kamek at every turn. This magic koopa may not be all that powerful, but he is fast and always manages to scamper off. You’ll quickly be able to see what the formula is here so you’ve always got a good idea of how long the game is. It should last you a good 6-7 hours I’d say.

We should jump right into the gameplay which is naturally pretty good. You have to get to the end of the level by jumping and running through various obstacles. You can eat just about anything and then you can turn them into eggs which you throw into switches and use to attack enemies. While there is a little bit of motion controls thrown into this equation it’s not nearly as intrusive as you would expect. While I am of the opinion that motion controls almost never help a game, this one didn’t particularly hurt it either. Half the time you won’t even remember that it’s here.

One area where the game really excels is in the boss battles. True, they do re-use quite a few of them, but it’s nice to have some bosses with actual moves and creative ways to defeat them. I think this is the main area where Nintendo tends to soar above the competitors. Their 2D platformers have way more strategic elements in play to keep things interesting while the others tend to be rather basic. Some of these will actually take you a few moments to determine how to injure them and each boss typically has 2 different points at which they are vulnerable. For the first instance you can take advantage of it if you are ready and quick. Then they have a second opportunity for players who may not be at that level yet. It’s all good boss design.

As expected the graphics are nice and pleasant even if they are some of the worst that I’ve ever seen in a Yoshi game. I’m sorry to say that the yarn aesthetic just doesn’t work for me. It reminds me of Kirby’s Epic Yarn where it just doesn’t hold up as well because the graphics were trying to be so experimental. Sometimes being experimental just isn’t a good thing and it’s something that can be hard for video game companies to wrap their heads around. I think this phase of Nintendo is over though and if you like this style there’s no problem. It just struck out for me.

The soundtrack is solid though. You’ll recognize a lot of the classic Yoshi themes, but then you’ve also got a new one for the lava level that is surprisingly epic. It feels like something you’d hear in a Sonic game, not a fun Yoshi game where you’re weaving yarn. Part of its effectiveness is in the fact that it comes out of nowhere like that. I was certainly impressed and have to give the game high marks for this showing.

Meanwhile there is a lot of replay value as you would expect. Each level has a lot of collectibles and it’ll actually take a good amount of time to grab them all. This will allow you to access extra levels and content which is always nice. Completing the game 100% will take you a very long time so expect to be here for quite a while. As I mentioned, this is just a very complete game and one I expect you’ll have a lot of fun with. It’s like one last hurrah for the Wii U.

Now lets talk about some of the weaker aspects of the game. There really isn’t much to talk about here. There isn’t really much of a plot but that’s to be expected. No, what I’m talking about here are the core level designs. One personal gripe is in the fact that the level designs have a lot of invisible areas. You can’t actually see things unless you shoot an egg wildly and hope it hits something. I didn’t think this was a good thing to do. Sure, it requires you to spend more egg shots and grab more enemies, but it’s not something you would find out otherwise. A good puzzle needs to give you a shot to solve it from the jump. Then you’ve also got the fact that the game will soft lock you in some sections. Sometimes you need to have an egg to throw but there are no enemies around so you’ll have to back-track quite a bit to get them. You should have the ability to always summon at least 1 egg to prevent this.

Then there’s the final level where you have to light up the statues. This level was pretty dreadful because it’s incredibly hard to find the enemies. I was probably on that level for a good 30 minutes or so. We never had anyone hidden under the water before so it comes out of left field. Most of the levels were quite good, it’s just that these things stick out and ultimately prevent the game from being higher up on Nintendo’s impressive list of platformers. Not every game can rise to the top though.

Overall, Yoshi’s Woolly World is a game that I would recommend buying. I was definitely pretty late to the party here with how many years it took for me to get to this one, but it was worth the wait. It really sticks to the Nintendo formula of high quality games and it’s hard to imagine playing this one and not having fun. I’m definitely ready to play the next Nintendo game, but I admit there probably will be another long gap before I play the next Yoshi title. There are a lot of other games to play in the meanwhile and you can certainly expect a Wario title soon enough.