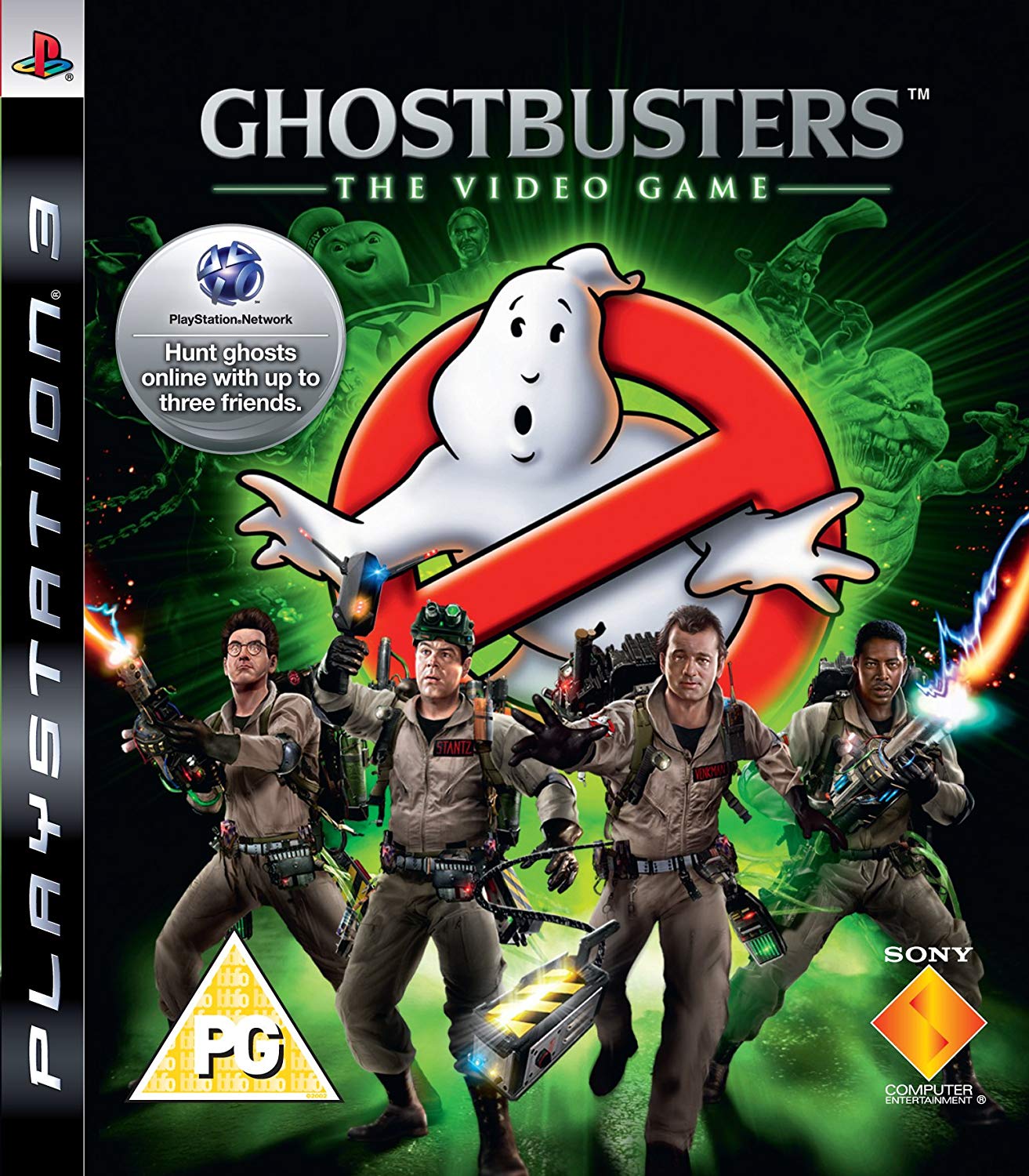 Time for another film type PS3 game. This one got a lot of hype since it plays out as a sequel to the original Ghostbusters films which is pretty cool. It’s nice to get some extra closure for the characters and it feels nostalgic right off the bat. The main character doesn’t add much but it gives the others an extra target to talk about so that works out well. It’s a very fun game and I can see why it ended up getting a remake. You really can’t go wrong here.

The game starts with the Ghostbusters hiring a new guy to help them out. It’s been a bit of a tough stretch lately with the mayor hiring someone to keep an eye on the team. (Peck) Peck really doesn’t like the Ghostbusters and aims to run them out of town even if it means losing his job. I guess you have to give the guy credit for persistence because that’s really taking his job to the next level. I feel like a lot of other guys would have quickly faltered once their job was on the line. There’s no time to waste on him though as more and more ghosts have been appearing around town. Looks like the Ghostbusters are going to need to bring their A game here.

It’s nice to see fan favorites like the Marshmallow Man making an appearance here as well. He makes for a pretty intimidating boss in the early levels. The plot is solid and the main villain finally fighting himself instead of summoning more monsters was certainly impressive as well. The game gets to go all out with the supernatural aspect this time around as the characters go to different dimensions and the ghosts really mean business here. All of them are pretty fun even if the romance bit doesn’t really work out so well. I think the gag should have ended with the main character failing once again. The guy was persistent so getting one last rejection would have been perfect.

The game has pretty strong writing throughout as we get quite a lot of solid banter. All of the characters have an answer for everything and they’re constantly bringing up the past to try and mess with each other. You can really see how they are a close knit group that has been through a lot. They all make fun and stuff, but at the end of the day end up helping each other out. It reminds me why we need a proper third Ghostbusters film. Not what we’ve gotten lately. Hopefully the new one is good, but the focus on the kids is an early red flag.

As for the graphics, they’re definitely quite good. Like Terminator Salvation this is a very cinematic heavy game. It feels like an interactive movie to an extent as the story keeps going and you throw in your guns to blast away at the enemies. The gameplay is like your typical shooter only with a Pokemon capturing thing thrown in. The goal is to capture the ghosts in little devices that you carry on hand and then you keep it moving. The game also has various detective portions of the level where you have to find the ghost or solve some kind of mystery. For that you have a pair of goggles that let you see the invisible things in the air. This may sound like a lot, but you’ll quickly master the controls.

You can also buy upgrades for your various guns. By the end of the game your gun has 4 modes. The ones you’ll be using the most are the ooze version and the standard laser. All of them have their perks though. Then the game has a great soundtrack with the iconic theme showing up every time you hit the main menu or lose a life. It helps you not feel so bad about losing because otherwise it is a bit of a long loading screen. Throwing in a fun little song like that was the way to go for minimizing how long it feels.

In terms of length this is another short one at around 5 hours. There are a lot of collectibles to grab and monsters to scan though. If you’re aiming for the Platinum and have to grab these then the game’s play time should likely double for you. There’s a good amount to do and the price is still quite low here so it’s a good investment. What else could last this long and be this cheap to buy? There is also one puzzle that can be a bit tricky so if that ends up stumping you then you may end up being here a little longer than you would have expected. It took me around 10 minutes before I cracked it. In terms of difficulty you shouldn’t have any big problems although one level near the end with fire owls crashing everywhere was tricky. I definitely lost that one quite a few times before being able to take them all down.

Overall, Ghostbusters the Video Game is a solid experience and I recommend checking it out. It’s one of those games that just flies by because of how much fun it is. The characters all act the way they do from the original show and the gameplay is solid as well. Your A.I. partners may die quite a lot so you end up having to carry but that’s fine because you are the new recruit so it’s to be expected. I’m certainly down for a new Ghostbusters game. Building off of the story in this one would work quite nicely.