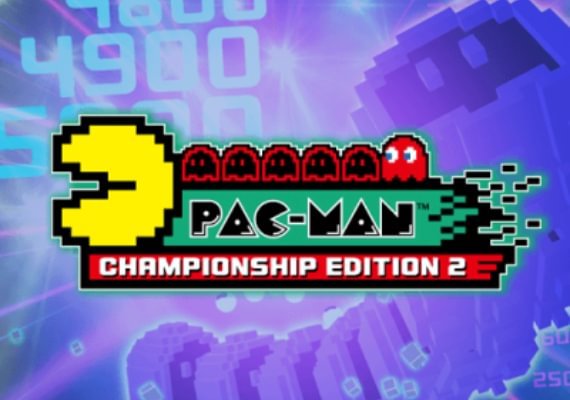 It’s time to look at the Pac-Man Championship Edition title now that it’s free on the PS4 for a little while. I’ve always been a fan of the Pac-Man style gameplay. It’s simple yet effective. You could play it for hours as you try to get a higher and higher score. After a while though when your score is super high you have to play for very long periods of time before you even think about smashing the record. Well, this one’s a remixed style of the game. It’s not quite as fun as the original, but it still works out well and it’s nice to see Pac-Man experimenting.

When you boot up the game you’re forced to run through a bunch of tutorials. These shouldn’t take you long though and there is a second wave that is optional. I’d recommend playing through them as well. Then you jump into the mission mode where you take on a bunch of levels and try to get good ranks. Eventually this unlocks the Adventure Mode where you blast through worlds with a bunch of levels and a boss at the end. It’s pretty fun although fairly similar to the Mission Mode. I think you could have put them in the same category but the more content the better right? I played through a bunch of the levels although there are quite a lot so I didn’t beat them all.

The levels tend to all be about the same in the end with some slight differences in between them. For the Score Attack levels you have 5 minutes to get as many points as you can. You get infinite lives in the meantime I believe or at least it never seemed like you were in danger of losing them all. I got a few A ranks but it seems like it would be incredibly hard to get an S rank. Perhaps there is some kind of trick to moving faster or getting more points. It was pretty fun though and I do like how high-tech the gameplay feels. Even the fact that you can bump into ghosts intentionally to get them out of the way is definitely something new.

One area where the game missed out on though was not having the original game as an option here. I would have very quickly jumped on that. Pac-Man is just so much fun to play and I suppose the developers would be sad to see you playing that instead of their game but at least it would push sales a little more too right? It’s a win-win in my book. My main issue is that the variety of content seems very low. You’ve got a lot of levels to play through here but they’re all effectively the same level in the first mode and in the Adventure Mode they’re all super short. There isn’t really a mode here where you can just free play until you’re defeated and match scores with everyone. At least you can match scores on the 5 minute levels but in those you know you could have lived longer if they didn’t cut you off.

The graphics here are definitely pretty solid. I like the colors and the backdrops. It all works out pretty nicely if you ask me. It’s not like it’s AAA level but it’s all very clear and I like the art direction. As for the soundtrack, it was nice enough. It’s very fast paced which is important for a game like this. I dare say that you need fast music since slow tunes would throw you out of your rhythm very quickly.

It’s hard to say quite how long a game like this is. If it’s about how long it’ll take for you to beat all of the levels then I’d say around 7-8 most likely. Of course you’ve also got the replay value of trying to increase your score or getting the Platinum Trophy. It seems to me like that would be incredibly hard and even a lot of the individual trophies are tagged as Ultra Rare on the site which is not something you see every day. The game doesn’t have a lot of trophies so if you’re really good at Pac-Man then this could be one to go for.

Overall, Pac-Man Championship Edition 2 is a pretty solid game. I never got the first but this seems like it would be a solid sequel. At the very least it does hold up on its own which is always the important thing. I don’t know how long it”ll be free or even if it still is so I’d advise dashing if you want to play it. Who wants to turn down a free game right? This is the perfect opportunity to make a move for it so you should definitely do that. In the meantime I’ll keep on waiting for a new Pac-Man game to show up. I feel like it’s been ages since we got a big title.