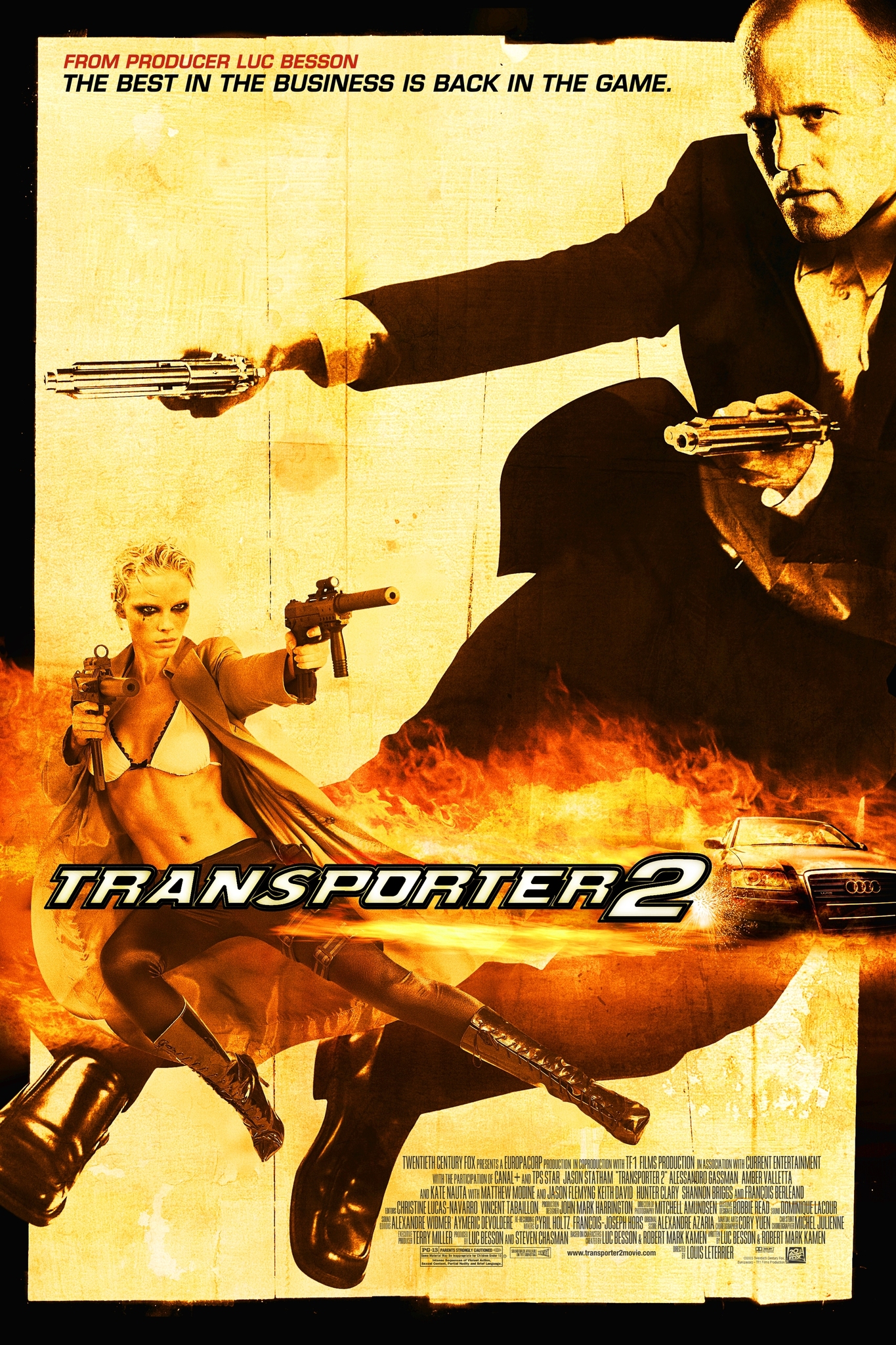 It’s time to look at a sequel to the original Transporter. That film was pretty fun and so is this one. It’s fairly short as far as theater films go so everything is always moving at a quick pace. It’s pretty fun and definitely continues the series on a high note. We even get some rock music during the big fights which is always a good decision. I don’t have many real big complaints for this one. It’s a solid action film that will help you spend 90 minutes and you’ll be ready for the third film. This isn’t quite Mission Impossible, but it’s capturing some of that same energy.

The movie starts by showing us that Frank has accepted the role of being a chauffeur for a rich family. It’s a favor to a friend since usually he doesn’t do this kind of work. Still, he gets along with the kid pretty well. Unfortunately, the kid ends up getting kidnapped by some thugs. Frank already made a promise that he would protect the kid so now he has to get ready to keep it. He’ll have to beat up a bunch of people in order to accomplish this but that’s not really a problem for him. Frank knows that he’ll always get the job done.

The premise is pretty simple and that works well for the series. Right from the start we get some big car chase scenes and action segments. Frank was maybe a little slow on the uptake with the fake doctors but he still managed to make it in time which was good. After that the villains had a hostage situation at the ready so that was hard for him to get out of. From there Frank just has to make the most of his connections and fighting skills in order to beat everyone up and save the day. He is already used to this kind of thing after all. The best scene in the film is probably the opening one. I always like a solid intro where the hero beats up the mob that tries to steal his car. Frank makes it look pretty easy.

The villains aren’t really anything to write home about though. Lola is one of the main villains and her twin gun style is fun to watch. The guns have an almost sci-fi feel to them and they certainly hold a lot of ammo. As a character she’s not very interesting though and seems to mostly be there for the fanservice. At least she’s not disappointing though. I admit that I expected a lot more from the boss, Gianni. Gianni’s first scene is him beating up a ton of people in Kendo and this is obviously meant to show that the guy can fight. You may be expecting a big confrontation with Frank like in the first film. However, this guy really pales in comparison to that villain.

We do get a final fight with Frank but Gianni only lasts as long as he does because of airplane shenanigans. As a fighter he doesn’t look very good and I was surprised at that. The build up just went to waste on him. So I’d say that the villains were noticeably weaker than in the first film. As for the supporting cast, we get the french cop but he doesn’t do a lot here. He’s a fun enough side character though so it’s good that he was around. The kid’s parents have a bit of a subplot where they are disagreeing on things quite a bit. Jefferson is rather distant and Aubrey isn’t having a good time. Ultimately their kid being kidnapped helps to put things in perspective for them. I am glad that we didn’t get a random affair with Frank though. That would have just been a terrible idea for sure.

The soundtrack is pretty solid as I mentioned. The random rock music that shows up was great and I’d like to see more of that. All of the fight scenes are pretty fun as well. While they aren’t quite as sophisticated with hand to hand techniques as in the first movie, they still hold up quite well. I also like how sleek the cars are. Frank’s really got an excellent car with lots of defenses and good top speed. The car chases are also pretty fun and we even get close to some Fast and the Furious stunts here like jumping from building to building.

Some parts of the film are glossed over a bit though. For starters, the virus does get transmitted to a bunch of people. Even though we now have the vaccine there’s no way everyone would get it before the fatal 24 hours. Considering that a lot of the people infected were fairly high rank, there would be a global crisis for sure. The events of the film were pretty timely with what’s going on right now so that was definitely an interesting coincidence. Regardless I suppose the important thing is that the virus was stopped so I suppose the film didn’t really need to stay and think about that too hard. As I said, the film was pretty focused and fast moving so it didn’t really take time to stop like that. In general that’s a good thing so I won’t fault the film here. You can definitely stop and point to things that don’t make a lot of sense like the cop who is able to access secure files at the police HQ. There’s no way such a computer won’t have any passwords protecting it. If you stop and think long enough you can point to many such moments in the film, but at the end of the day it’s pretty fun and that’s what really counts here.

Overall, Transporter 2 is pretty solid. You’ll definitely get your fill of action and thrilling moments. Part of the charm in the series is how fast is moves. There’s always something happening. The ending scene is also pretty fun as a nice cliffhanger/here we go again kind of feel. That kind of ending is pretty ideal. It’ll be tough for the third Transporter film to beat this one. I actually would take this one over the original. The original Transporter did have better villains and was certainly longer but this one had a more direct story. I also thought that Frank was a lot more heroic here whereas in the first he really only helped once he was forced into it. Frank’s clearly changed quite a bit over the years. If you like action films then this is definitely one you’ll want to check out.