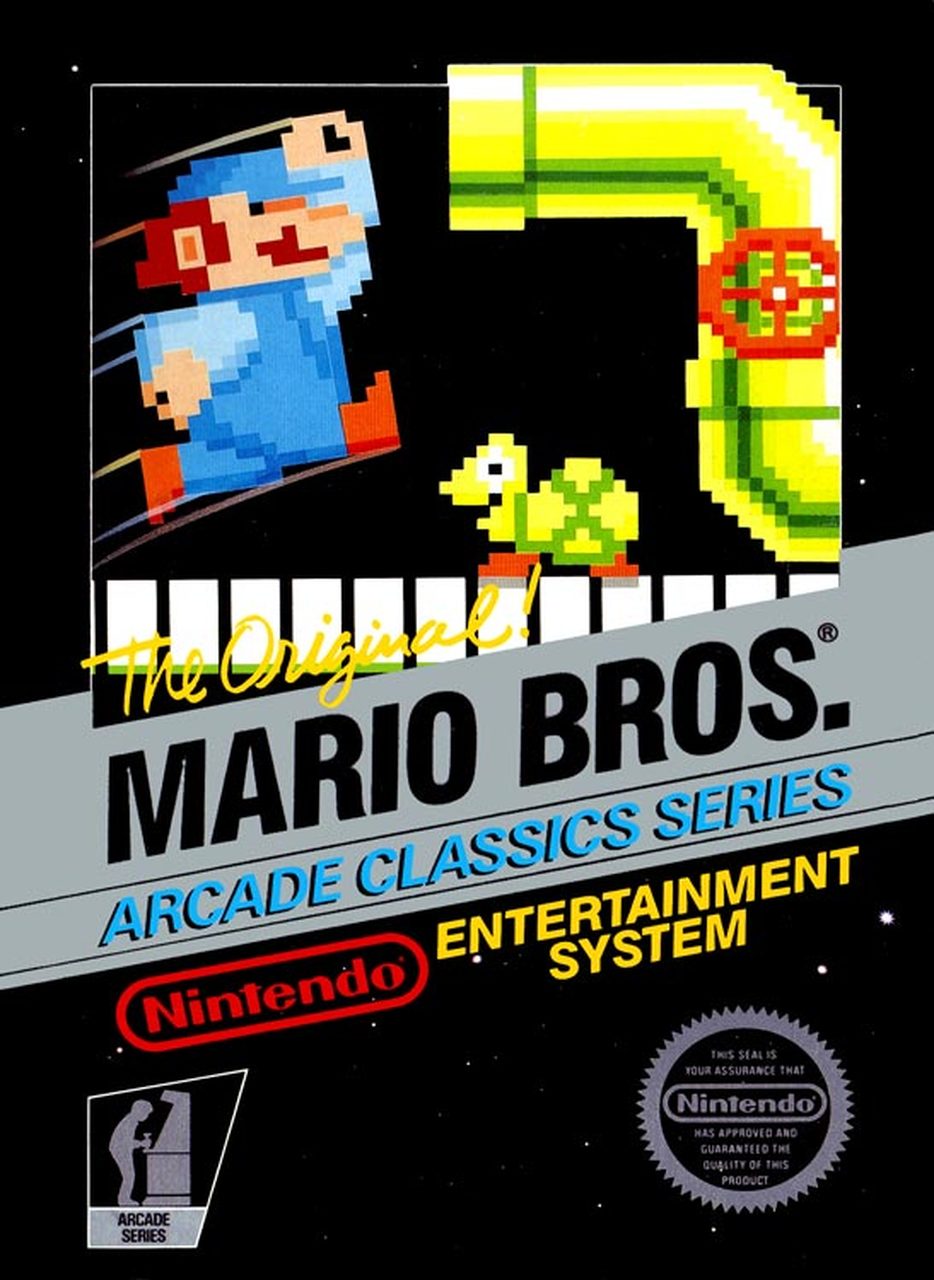 It’s time to look at the classic Mario Bros game. I remember playing this one a lot back in the GBA days because it came as a special feature along with Super Mario World. It’s definitely a fun title to spend some time with. It’s also nostalgic seeing the level layout since the stage usually makes it into the Super Smash Bros titles or at least it’s been there for 2-3 of them I believe. The game uses the good ole jumping gameplay from the 2D adventures while switching things up a bit as the levels don’t have you going after a goal. It’s definitely a lot of fun and I’d recommend giving this one a look.

So the gameplay involves a bunch of enemies appearing out of pipes on the top layer of the stage. Your job is to jump and hit the ground they are walking on. This will cause the enemy to flip over. At this point they are vulnerable and you can jump onto the layer and kick them off. It’s definitely the tactic I would recommend here. The earlier you knock them off the better because once there are a lot of enemies on the map it can get difficult to isolate them. Additionally there are fireballs that roam through the levels and touching any of them means instant death. You also have a Pow Block that will hit all of the enemies at once but you should really only save that for when you are being completely overwhelmed. It’s not a resource that you just want to bust out at any ole time. Think of it as your secret weapon.

I made it pretty far here into the 20s. I don’t know how many levels there are but that seemed like a reasonable push. At latter levels you get to fight with minions that are a little faster than the original ones. You have to choose your jumping spots carefully because if they get past you then it may be all over for your chances of success. There are also little ice minions who will freeze the ground which makes it a lot more difficult for you to move around freely. You’ll end up skidding or stopping in your tracks whenever you try to change directions.

The graphics are definitely solid. This is also a game where the main theme is pretty catchy and memorable. It works well when you’re taking down the enemies. I didn’t see an option to play as Luigi but since this game is called Mario Bros I assume that there has to be some kind of way to choose him. Otherwise the title just doesn’t make a whole lot of sense and I’d have to question why the game called it that. This is a very peaceful game but also so different from the other Mario games. The series really shifted gears after this one. It would be interesting to see more of a homage to this game in a future Mario installment. After all, this game did serve as a stepping stone to launch the franchise.

In terms of replay value it’s really all just about trying to see if you can beat your high score. Whether the levels have an end or not, there isn’t really an actual story here. You just jump right into the game and work on defeating the minions. It’s got that arcade feel to it where the levels are just a lot of fun to play through. You shouldn’t have any problem getting the hang of the controls and just diving in. Nintendo’s always done a good job of making the first levels pretty easy which gives you time to get comfortable with the controls. Then slowly but surely they start giving you some real challenges to work with.

Overall, Mario Bros is a solid NES game. As with most of Nintendo’s original titles it has a lot of character. You can feel the effort that went into this game. It’s just a very well designed one and so you won’t get bored here as you play it for a while. Ultimately the lack of content will prevent it from getting a higher score but I imagine it is always tough to add more content like that back in the day. The games could only hold so much space in them after all. I’m one step closer to completing all of the NES games which will be a cool milestone.