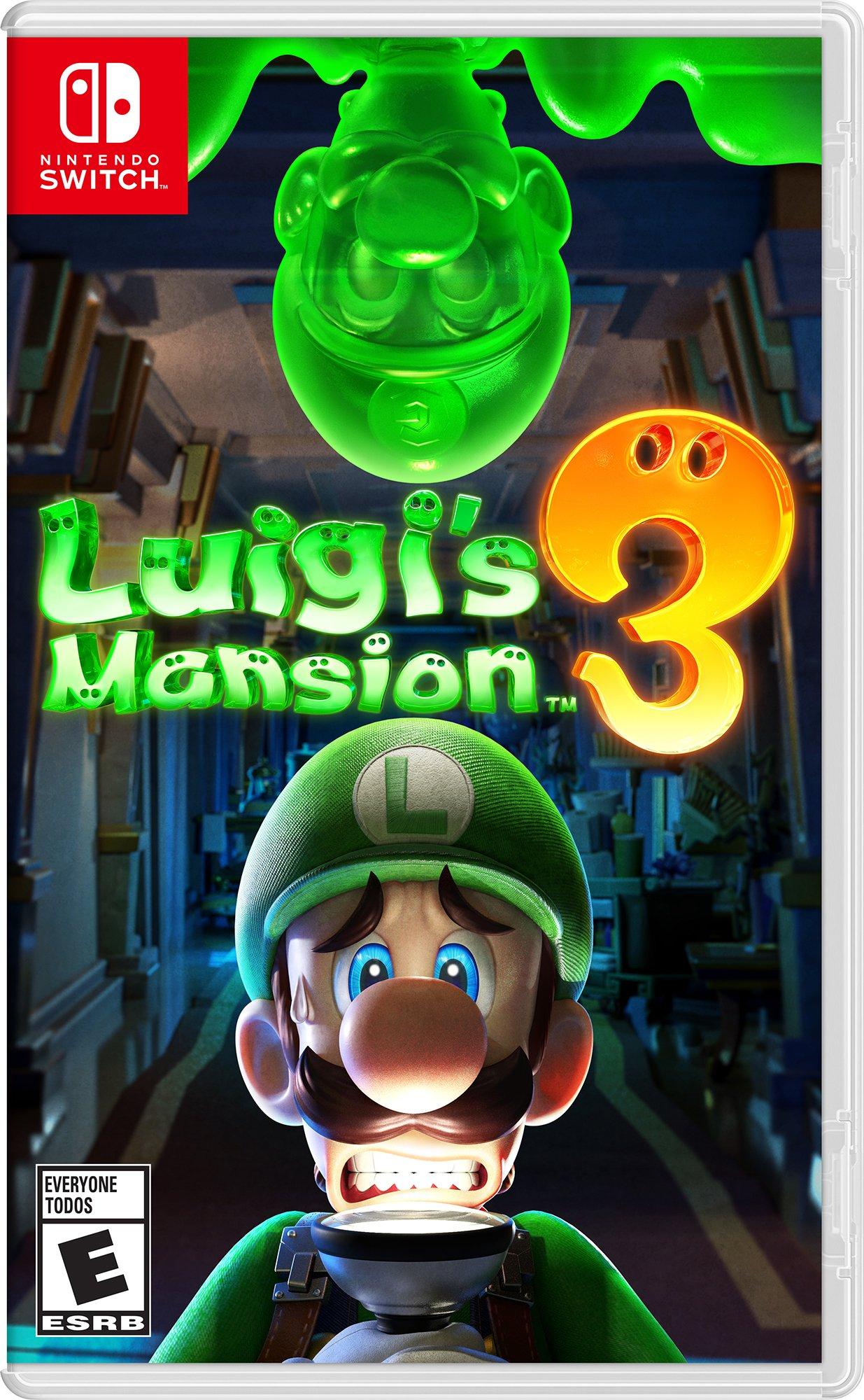 It’s finally time to look at the final entry in the Luigi’s Mansion series. The series has always been pretty nostalgic because the first Luigi’s Mansion is the first Gamecube game I remember playing. It was pretty intense to chase after those ghosts and had a ton of replay value. To date I’d say that it is the best game in the series. It’s just hard to top it as I don’t really see Nintendo ever getting quite so dark again. Parts of that game were legitimitally intimidating like heading to the higher floors of the mansion while knowing that you were getting one step closer to Kign Boo. Still, I do put Mansion 3 above the second installment and it’s a pretty hype way to end the series. I’d definitely be up for a 4th game someday though.

So the plot of the game is that Mario and friends are invited over to a hotel. Luigi sadly has nobody to sit next too, but fortunately his loyal ghost dog is along for the ride. Things get pretty dicey when everyone vanishes during the night. Luigi finds out that King Boo and the hotel owner are behind this. He’s going to need to summon up his courage and free his friends from the paintings once more. It sounds simple enough, but when dealing with the King of the Boos and an army of ghosts you know Luigi is actually going to be in for quite a challenge.

The gameplay is pretty similar to the first two games. You use the Poltergeist to suck in ghosts after flashing them with the flashlight. You can also slam them around to weaken their health. That part’s a new feature as the originals didn’t have a big focus on combat like that. In this game prepare for a ton of slamming as it’s the most efficient way to deal with villains so why wouldn’t you use it right? You also have Gooigi here to help. You can summon him to go through objects that Luigi wouldn’t be able to. He can’t touch water though so keep that in mind for the various puzzles. There are a number of those so you do have to be sure to stay sharp. Let your guard down and the puzzle may end up defeating you.

It’s a classic style that works quite well. Part of why it’s weaker than the first game is ironically the combat mechanic though. The slamming can be a bit repetitive and lacks the same tension as in the original game where you have to hold on tight. Having to press A to shine the ghosts rather than moving the flashlight also isn’t quite as streamlined. Ironically the first game’s gameplay is simply a lot smoother. I also miss some of the extra aspects of the gameplay like having elemental attacks and stuff like that. It gave the game a little extra to it.

This isn’t the time to talk about the first game so much though so lets get back on track. The story here is pretty fun but my one main complaint is Luigi. It’s similar to the Scooby Doo set up where after a while you wonder why Shaggy and Scooby are still scared. Luigi has already beaten up King Boo twice. At this point you’d think he wouldn’t even care much when the guy shows up. Just knock him out a third time. Unfortunately Luigi doesn’t end up getting brave even at the end of the game which was unfortunate. I was waiting for a moment where Luigi finally mans up and does what needs to be done. Unfortunately even to the end it’s more of a reluctant thing which is a bit iffy.

It was nice to actually see more of Mario and Peach though. Mario’s role is small but we do see his confidence right away. The guy may have actually been a little overconfident this time, but I suppose you can’t win them all. I actually thought maybe he would get possessed or something in the end which would have made for a fun boss fight. Teaming up with him would have also worked out really well if you ask me. We’ve never really seen that before so it is completely uncharted territory. The final boss still manages to be pretty intense though. We get to see some more of King Boo’s attacks and the backgrounds are pretty hype.

The game definitely has excellent graphics. It’s Nintendo so I certainly expected nothing less. The character models are on point and I like the stage designs. The enemies are also pretty neat. They’re not quite as memorable as some of the first game bosses like the baby but the game holds its own. It’s definitely always easy to see what’s happening. I don’t really recall much of the soundtrack to be honest. It’s not a game where there really is much of one. I suppose it would probably go against the overall atmosphere of the game but I’d definitely be on board with some solid rock themes or something.

This game should last you around 10 hours which is pretty good. I’d say that it’s probably even a bit longer than the first two games because I remember those being pretty short. There is also a solid amount of replay value here as you can go back to try and grab all of the collectibles. That definitely won’t be an easy feat because there are a lot of them. You can’t forget the Boos after all. I was a little surprised that the game didn’t actually make you grab any of them. It’s good for the post game though and I always support it when games make such things optional. They should never force you into something that you’re not in the mood to do. You just want to get on with the story after all.

Overall, Luigi’s Mansion 3 is a pretty solid game. It’s definitely a fun experience and I’d recommend checking it out. The length is just right and it does reference the older games which is pretty neat. Some of the puzzles could be a little dicey at times and whenever the cat would appear it would be a bit annoying to backtrack. Still, the core gameplay is very solid and streamlined. It’s also fun to see Luigi as the lead again even if he is more terrified than usual. We need a Mario’s Mansion game for this reason. Imagine sucking up ghosts but you have Mario confidently laughing the whole time or something like that. That would definitely be pretty neat!