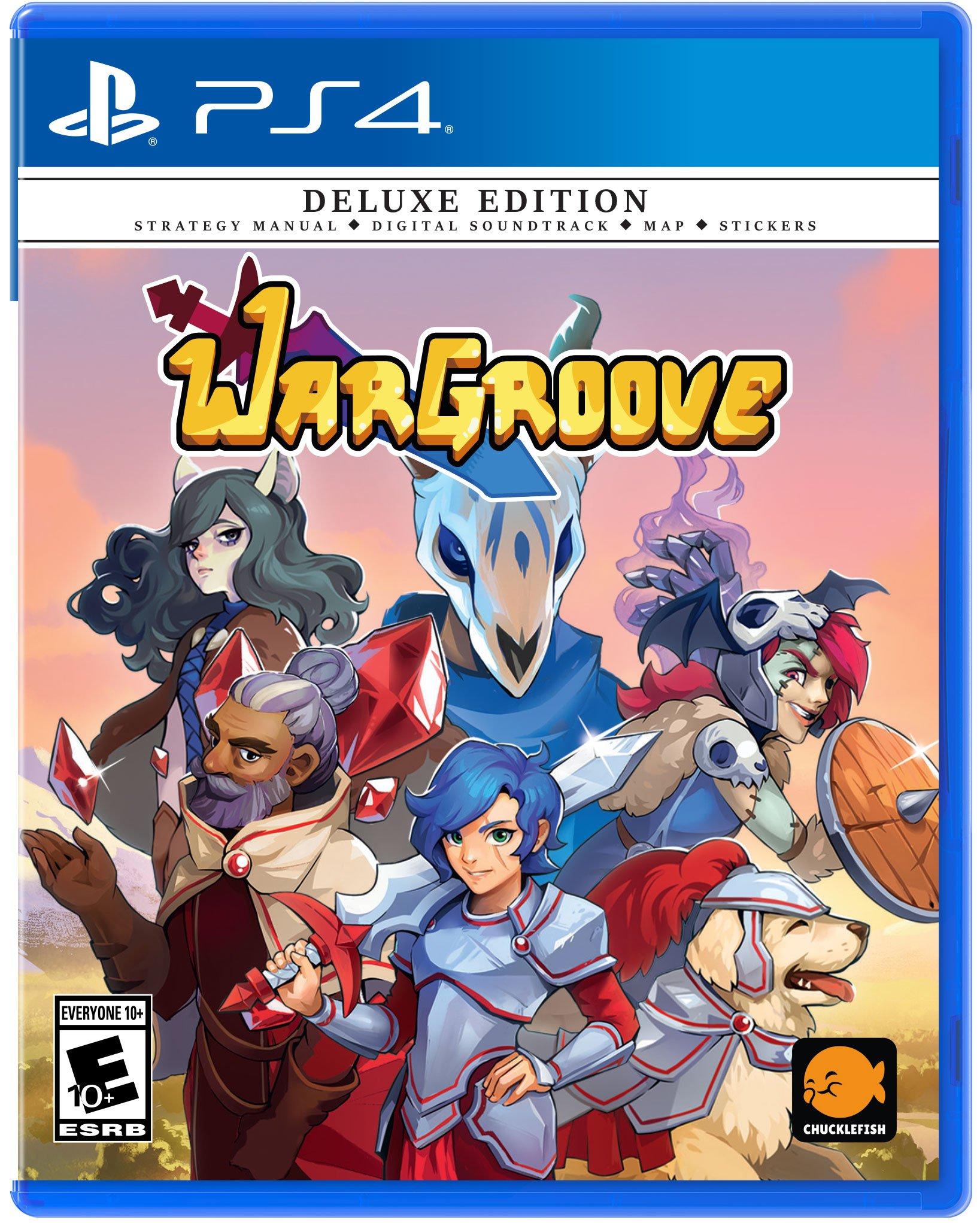 It’s time to look at a game I had never heard of prior to buying it. Still, the price was really good at Gamestop and I needed a third game for the buy 2 get 1 free sale so it made a lot of sense. It’s definitely a pretty fun game and definitely the most tactical one I’ve ever seen before. Before now I’d say that honor would have gone to Disgaea but this one has even more moving pieces. At a time you can have around 80 guys running around the board and if you forget about any of them it can spell big trouble down the line. This is also a pure tactical game so there are no level ups. That means there’s no way to train, you just have to come up with new strategies. One level in particular had me stumped for a while (6-2) to the point where I had to see what strategies people would use to conquer it. Seems like you have to move in very specific ways to beat that level. I don’t know how long it would have taken me to figure that out.

The game starts with a vampire appearing and murdering the king of a kingdom. His daughter finds out about this, but by then the kingdom has been overrun by the enemy and she is forced to flee with her trusted advisor. The two of them need to find some allies so they get ready to approach the other kingdoms for help. The only tricky part with this is that not all of the kingdoms get along and there are also a number of bandits who are around and ready to score some quick money. Mercia will have to keep her guard up, but she will not rest or relent until she has avenges her father and saved the Kingdom.

It’s a pretty direct plot and one that is filled with a lot of fun characters. It actually has a very Shantae type feel to me with the character designs and level layouts. At least that’s the vibe I got from it. Maybe it’s all the boats or the fact that one of our main allies is an undead veggie monster. Ragna, one of the main villains also looks a bit like Risky Boots. It’s a good ensemble cast and there are a lot of twists and turns. The vampire who murdered the King definitely gets a solid role and I would say that she is definitely the best villain. Prepare for a lot of infighting among the different groups though until they all come to an understanding.

There are 7 chapters in the game. Each chapter only has 2-3 levels but they can be quite hard in part because of how many characters and turns there are. Don’t expect to be breezing through this game. Interestingly though the game actually starts you off on hard mode by default. I highly recommend lowing it to standard unless you are very experienced in the genre. Otherwise it feels like you’re just making things more difficult on yourself for no real reason. Trust me, standard will still be a pretty big challenge for you right from the start. I like to say I’m pretty good at these strategy type games and some of these levels still had me stumped.

I didn’t really go into detail on the gameplay so here’s a brief description. The goal is to either take down the enemy commander or break their base. Sometimes your goal is also simply to escape rather than fighting at all. In each turn you can move your current units and have them attack enemies or capture bases. You obtain 100 gold coins every turn for every base you currently have occupied. The same goes for the opponent so one of the strategies here is to slowly weaken their forces while strengthening your own. Ultimately you want to press the attack and then you win. Each type of character you can summon has a different type and attack range. Some also have special abilities like healing. You want to have a few good anti air types to fend off the aerial assaults in later levels. Then you’ve also got water creatures and air fighters. All in all there are probably close to 300 different summons so budget your gold accordingly as you take them all on.

The gameplay is a lot more complex than that, but I think it gives you a good gist of what to expect. Personally I usually would focus on capturing a ton of bases and that would ultimately lead to a win. In some of the later levels though the best play is to completely ignore them and then just go for the base. On 6-2 which is the crazy level, the only way to beat it was to ultimately just skip most of the enemies and bases and just take the castle down directly. If you try to go for a skip strategy like that I highly recommend equipping a lot of dragons. I also like the golems, but they are super pricey so it takes a while to get them ready.

The graphics are pretty smooth. The art style is nice and it helps with the level designs as well. It’s all pretty clear and also helps make the gameplay more enjoyable. Believe it or not, graphics can make quite the difference there. The sound effects and ost are also solid. I think it would have been nice if we could have gotten full voice acting in this day and age though. Only a few sound bites here and there feels like something more from the GBA era than PS4. It’s also not like there were a ton of lines to go through here. Since each character did already have a voice, why not just give them a few more lines right? It’s a small thing, but I think it would have helped the experience as well.

Overall, Wargroove is definitely a pretty fun game and one that I would recommend. It takes tactics to a whole other level. The characters are good and the plot is enjoyable as well. The campaign is a decent length and there is a lot of replay value. You can work on getting all of the PS4 trophies as well as the epilogue. The game ends on a huge cliffhanger but since there is an epilogue to unlock I’m assuming that it will probably tie things over. That said, it would be really cool if we did get a sequel. I’d certainly keep a lookout for it. I need more experience with these strategy games so that would be the perfect way for me to get back into the mix. As long as you’re in the mood to really test yourself this is a brilliant game to check out!