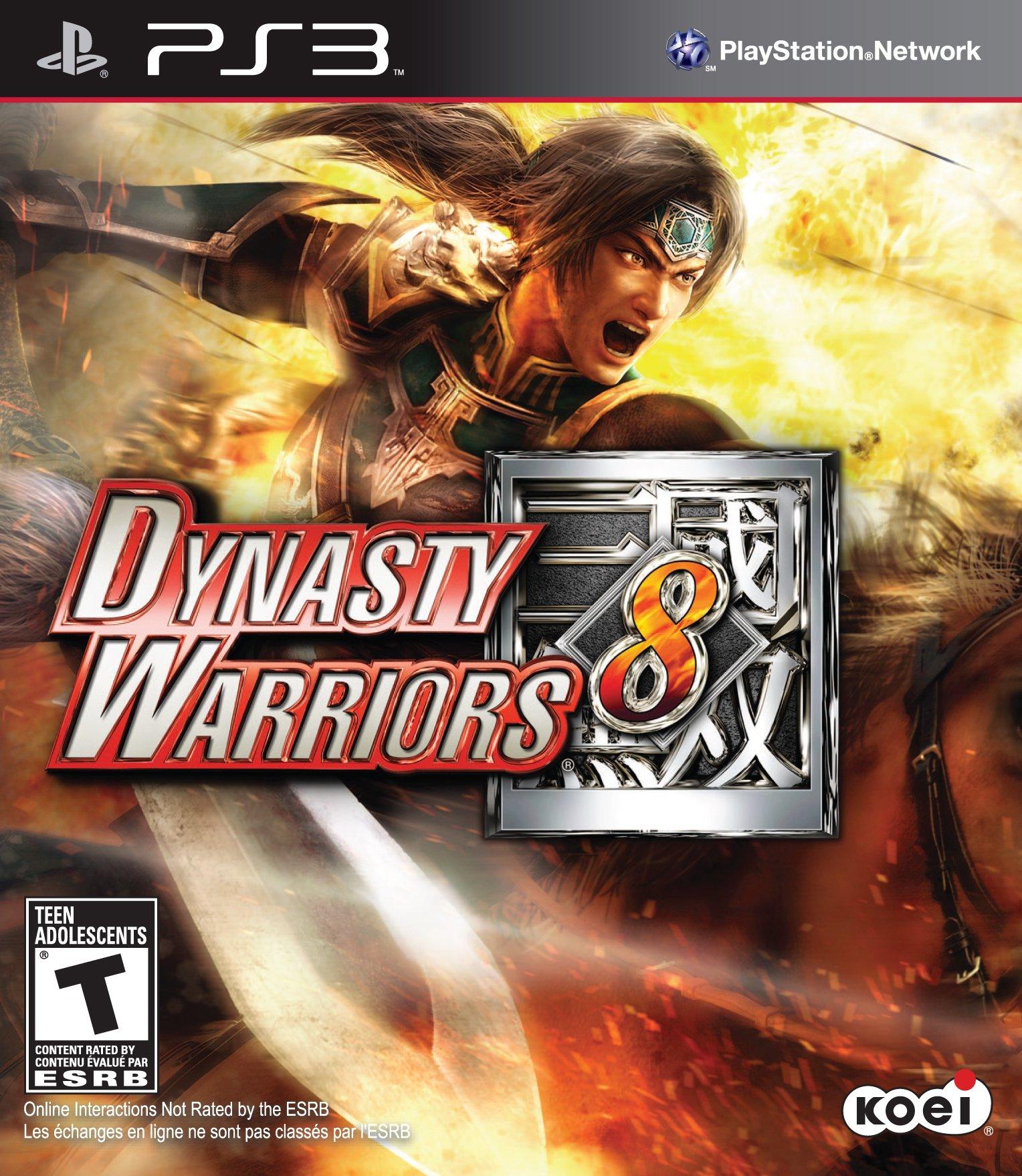 It’s time for another Dynasty Warriors experience. It’s definitely a step down from the last one which is unfortunate but it’s still a great game. For some reason they just stripped out most of the voice acting and story that made the 7th game so good. Perhaps fans felt that the story was too expansive and overshadowed the actual gameplay. Maybe there were time constraints. I don’t know, but it’s definitely noticeable when playing the games back to back. For once I changed sides over to Wei this time just so I could get more of a fresh experience this time around.

So you’re playing the same story as usual as you try to unite the country. Most of the key battles are the same as always but it’s interesting playing as the side that is often treated as the “bad guys” of the story. Of course each faction sees each other as the enemy so it’s hard to really say who the true heroes are. That being said, I’ve always been partial to the fire group which is why I would side with Wu. The story has around 14 battles and after completing them you can unlock some what if stories based on if you completed all of the objectives along the way. If not then you’ve still got free mode and a bunch of other options to work with as well.

The gameplay is largely the same as in 7. It’s not quite as crisp but it’s hard to say exactly why that is. I think there may be a slight time lag in switching weapons or something. It’s hard to quantify but otherwise this is still one of the cleanest beat em ups I’ve played. It’s still very smooth and every hit is pretty satisfying. I actually took out 1200 opponents in one level this time which is now a new record for me. I’m not sure if I’ll ever top that because that number is just too crazy to think about. My favorite character was one of the new power types since you can use an axe and it just shreds opponents.

One thing that’s a little different here are the command grab supers. Before now your super attack would always be some kind of massive blow that dealt a lot of damage to everyone. Now you have more personal supers which target one enemy but do a ton of damage. You could effectively one shot even whole bosses using this technique. That was always a blast but it can be hard to effectively aim at the guy you want. There’s also a new mechanic where you somehow trigger a mini animation where you start swiping at a lot of enemies. I never got exactly how I would do this but I was always glad to see it because the damage was massive and even does more than your super move. You really can’t go wrong there.

As with the last game I also like the way they managed the horseback riding. It’s so much smoother than in the old games and makes navigating the level a lot more convenient. It’s hard to imagine going back to the days of having to run everywhere. Now that feels a lot more tedious in comparison. You can’t even compare the two speeds and it’s also handy for tracking down opponents who are trying to make a break for it. Now you just jump on the horse and you’re all set for action. A lot of quality of life upgrades like that have stuck since the last game which is great.

As always the graphics and soundtrack are on point. All of the super attacks and combo moves look incredibly flashy and high-end. Then you’ve got the solid soundtrack which the series is known for. There are a ton of great rock themes to enjoy here and they fit in quite well as you take down all the armies that try to oppose you. You won’t particularly remember any of them but the fast beat is really the important element here and the game definitely delivers on that.

There’s just a lot of content to enjoy here. You can play as all 3 of the usual factions and then you also have an extra group. I’m wondering what they do or how they factor in. Should make for a pretty fresh take. After you complete all of the story modes you can work on gathering all of the PS3 trophies or playing free mode and maxing everyone out. There’s a lot of replay value here and the game goes for pretty cheap nowadays. You’re definitely getting your money’s worth here.

Overall, Dynasty Warriors 8 is a great game. In some respects it can feel a bit lazy though. I don’t see why they had to get rid of the voice acting. It’s part of what made the last game so ahead of its time. Going back to text boxes just feels like it’s a pretty big step back even if we did get some cutscenes still. It’s definitely not quite on the level of 7 but it’s still great so I recommend checking it out. The series has definitely come a long way since the olden days. It’s also pretty cool to know that I’m finally almost caught up with the series. One more game and I’ll finally be at the end.