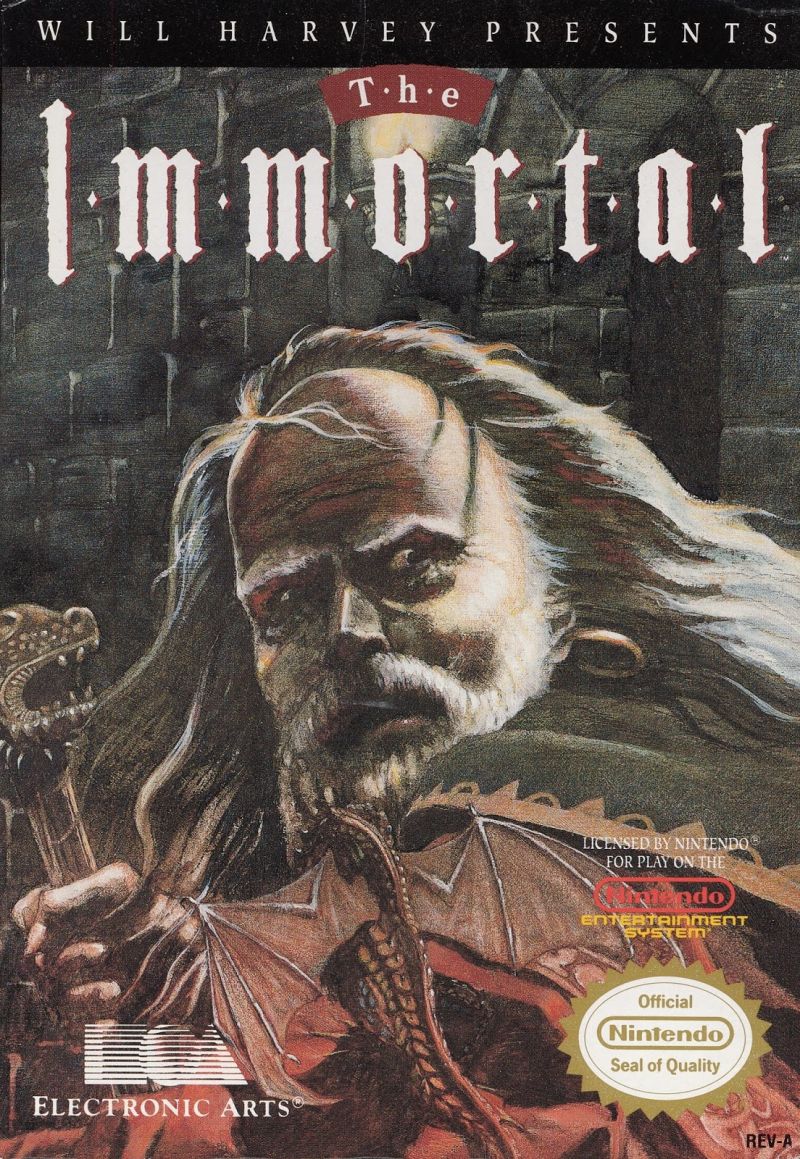 It’s time to take a look at a recent game Nintendo added to the NES catalogue. I definitely was not familiar with this one before starting it but I’m always up for giving each game its fair share. Unfortunately I can’t say that this one is particularly good. It’s a title with so many gotcha traps that you don’t spend much time actually progressing through the game. Everything in the title is meant to take you out of the picture and while that is pretty fun for how creative it is, it does’t really let you play the game.

You wake up in a dark room with a note from your master explaining that he was bumped off and you have to stop some sorcerer or something. The mystery is that the letter was addressed to someone else, not you. Still, these are the answers you were looking for so you leave the room and head into the rest of the castle which is filled to the brim with traps. Everything in this castle is made for the sole purpose of blowing you to smithereens. Seriously, you can die with every step. Sometimes by walking you’ll trigger a sword that shoots up from the ground and stabs you to death. Other times there’s a trap door or even a random monster in the ground trying to eat you. You’ll be lucky to make it more than a few steps before death sometimes.

Then you’ve got flying energy balls that follow you to the end of your days. I couldn’t find any way to get rid of them and they are much faster than you are. Trying to stay out of their way is virtually impossible so you’ll keep dying. Then you have spears being thrown at you and also shurikens that home in on your general direction. Finally we can’t forget the minions wandering around who will challenge you to a fight. The gameplay style here is very unique. Most of the game is an overhead platformer as you run from room to room trying your best to stay one step ahead of the rest. In combat it turns into more of a guessing game. Both of you have swords and the idea is to take the other one out of the picture. You can stab straight or to the side. Additionally you can dodge to the side as well. Watch out because the opponent can do the same thing. The whole match gets very tactical or you can strike first and wing it. If you keep slashing sideways at full speed then you will always deal more damage than the enemy can. Keep it up and you’ll win the battle although it’ll cost you considerable damage.

There are also a lot of puzzles in the game which is naturally not really my thing as you know. You are given various items as enemies drop them and some have special uses. For example, you can light up a candle which opens up the passageway to the next floor. Enter carefully as if you fall into the hole instead of through the ladder then you instantly die. Also, don’t read the scrolls you pick up since they blow you up which takes out another life. There are also jello monsters running around which absorb you resulting in another instant death. The game really throws everything at you here with no time to catch your breath. In a way it is quite admirable I suppose as the game keeps on showing you that this is all quite serious business.

Fortunately these deaths don’t all take you back to the beginning. The game seems to save after every major floor. I only made it to floor 2 so I don’t know if it stays that way for the whole game. You seem to have 3 lives so if you die once you respawn in the same room. Lose all of your lives and then you respawn back at the beginning of the floor instead which is quite the difference. I’m glad that the game doesn’t set you all the way but it’s a small comfort. You’re just not given enough time to actually play the game and that’s a problem if you ask me. It kind of defeats the whole purpose of trying to explore this dungeon.

The graphics are pretty old and haven’t aged as well as some of the other games. There’s not a whole lot of detail here. While the game doesn’t look all that good, I think it deserves some credit for building such an elaborate level. That is something which is quite a bit less common than you would expect. Usually the NES games wouldn’t have a whole lot of areas to explore just due to the nature of the system. It would have to focus everything into the gameplay while also staying within the disc’s size limit. Once you’re able to get past that then you can worry about everything else.

Overall, The Immortal is definitely not a game that has a timeless feel about it. It’s not a particularly fun game and its only gimmick of constant death is not one that lends itself well to playing over and over again. You’ll have a hard time just beating this game through once to be honest with how many obstacles it puts in your way. Good luck is all I’d say to that because the game is absolutely going to make you work for it. I’m hoping Nintendo continues to add more NES and SNES games though. They’ve really helped me play a lot of titles that I absolutely wouldn’t have checked out otherwise.