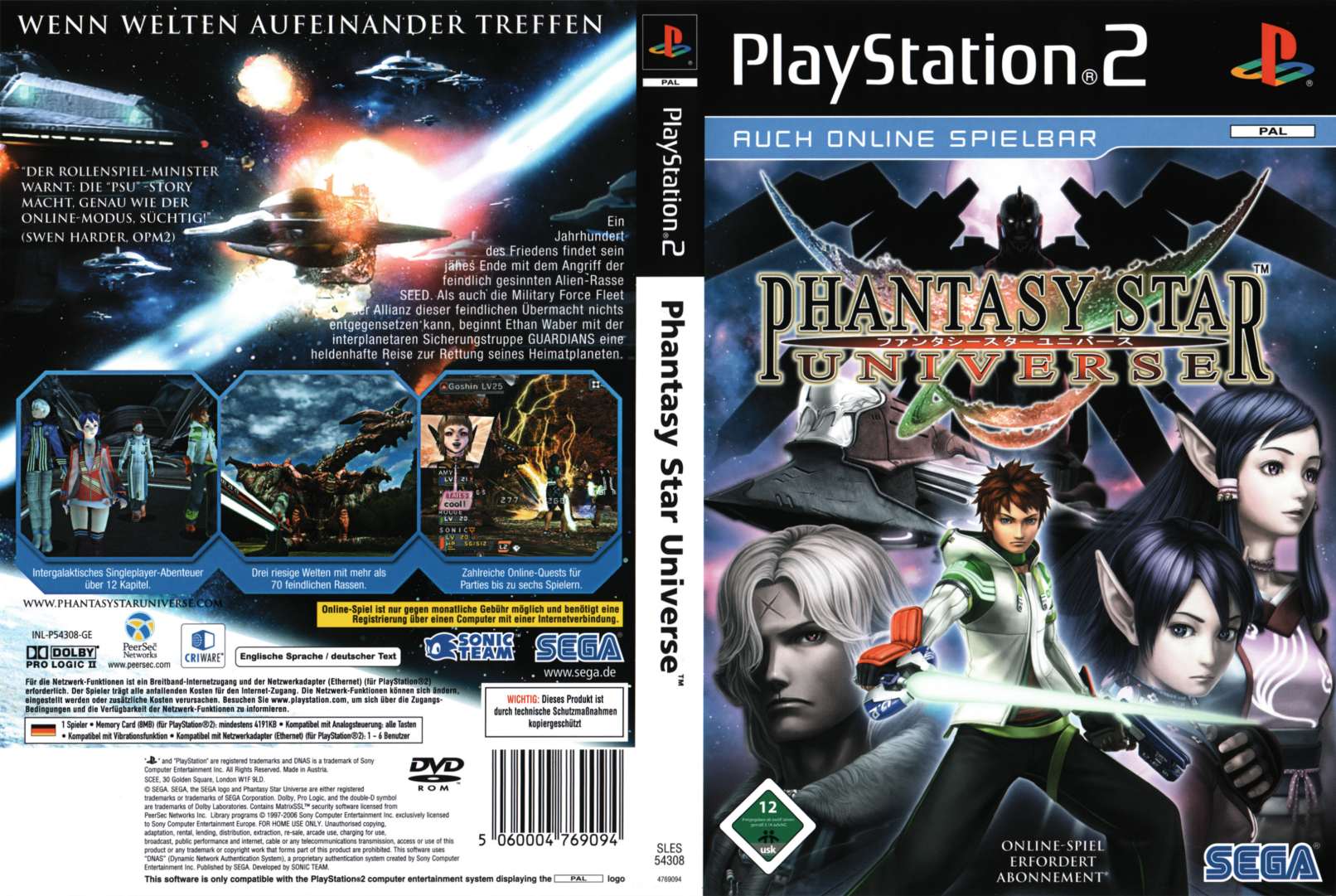 It’s time to look at the very first Phantasy Star game I’ve had the pleasure of playing all the way through. The series always looked pretty fun and after playing through this one I can definitely confirm it. The story may not be quite up to par with the bigger RPGs as there are less characters to really get involved with but it could be because this game was trying to be more of an action game than an RPG. It’s a close one because of course you can have action games that are still considered RPGs like Kingdom Hearts and Final Fantasy. At what point does the action game make the jump? It’s an interesting discussion.

The main character here is Ethan Waber. He’s someone who strongly dislikes the Guardians after his father died in the line of duty. One day he and his sister are caught up in an attack by the SEED, mindless aliens who go around taking down planets. He ends up ironically being saved by a Guardian and decides that he had the wrong idea about them. We get a time skip and now he is ready to be a full time member. He will have to pass some tests to get officially acknowledged though. In the meantime the SEED have amped up their attacks and the government groups are split on how to handle this issue. The Endrun Collective wants to simply eradicate the SEED and the planets they have invaded. Effectively destroy everything. The Allied Army wants to destroy the SEED and the areas they inhabit so a slightly less extreme version of the Collective. Finally, the Guardians want to purify the SEED so that we can save everything. With none of the groups agreeing on procedure the stakes continue to ramp up.

Ethan is a solid lead here. He’s definitely quite confident and is ready to pick a fight with anybody. I always appreciate a lead who isn’t afraid to get in there and do what needs to be done. He may mellow out a bit as a Guardian but at the end of the day he still makes all of the right moves which is good. At the end many of the characters start to be okay with allowing for some possible casualties except for Ethan who stands strong. He refuses to lose a single person and that’s really what it means to be a hero. A lot of people can sacrifice the few to save the many but saving everyone is what you should really be doing.

The story is solid even if it’s slightly underwhelming at times. The game lasts for over 20 hours which is a long time to get used to the cast. Despite this, I wouldn’t say that the cast ever really grows on you outside of Ethan and Karen. Everyone else can range from uninspired to a bit annoying. I still don’t get what the game was going for with the plot about Ethan’s sister. It ultimately didn’t amount to anything and just sort of got dropped. The game doesn’t think about this plot so much that you can’t forget how her wallet got stolen by the rogues and they never get it back. This is especially important because Ethan is paling around with them by the end of the game and they presumably still have her stuff. I would have liked a scene where he finally got it back. I lost hope of this happening after the first few chapters but the whole thing was rather odd.

You’re also kind of waiting for the SEED to either reveal that they have a leader or for the Collective to explain their plan a bit more. As it stands, I still don’t fully know what they were going for here. I suppose they just wanted to blow up the planet or something. Their leader definitely knows how to come back to life over and over again which is admirable. At the same time, coming back to life with no real plan isn’t a very smart thing to do. Ethan even takes him out in a cutscene instead of a boss battle which I found to be a bit humorous even if that may not have actually been intended.

The gameplay is solid though. This is a 3D action title where you can choose from a few different weapons. I went with the single bladed sword for my main weapon and a short saber/gun for the back-up. I highly recommend having the gun at least as the back-up. It has to worry about ammo while swords don’t but deals a good amount of damage. I maxed out my gravity bullet early on and it was very helpful. The game is like a beat em up to an extent as you have to beat all of the enemies in an area before you can proceed. Rinse and repeat until you get to the end of the area and trigger a cutscene. It’s fairly formulaic on that point.

Universe has a ton of options on how to fight. Your weapons are determined by your class and you can change your class at headquarters. You don’t unlock the ability to change for a while though so by the time I did I was already pretty comfortable with my current standing. It’s never too late to change though and I recommend training a lot for the final battle. The game makes it rather difficult to train at times. If you die in the middle of a dungeon watch out. I was able to barely squeak through at times but otherwise I would really be in trouble. There’s no way out of some dungeons and you can’t grind and then save. The save point gets shut down once you leave so if you find yourself in such a pickle the only thing to do is grind a ton and then hopefully you’re strong enough to beat the boss or you’ll lose that data each time. I think the game should have allowed for you to forfeit story missions so you could go train if needed. It didn’t quite happen to me but I can definitely tell you that I would be pretty nervous at times.

The graphics are pretty sharp. It’s got that fun PS2 feel about it. It’s a retro style that has aged really well. It has the proper amount of colors and styles throughout the game and makes for a visually unforgettable environment. The soundtrack is also fun enough even if it’s pretty limited. I’ll give the game extra props for actually having an opening like an anime, an ending for every chapter, and then a general opening. That’s quite a lot of cinematics and we get more during the levels. This title clearly had a pretty considerable budget. Mix that in with the vast amount of replay value here and you’ve got a game that will last quite a while. It’s a solid sci-fi game for sure and there’s a lot to like here.

Overall, I may not have been super impressed with the story but it’s still not bad. After 20 hours you tend to get used to what’s going on and will be more invested than you could be in a short game. I think other Phantasy Star games will likely surpass this one but it still doesn’t quite take away from this one either. It’s been sitting on my backlog for an incredibly long amount of time so it feels really good to complete it at long last. If you’ve got a PS2 then I’d definitely recommend playing this one. There aren’t a whole lot of RPGs that take place in space so it’s a pretty unique environment. There’s also so much to do here that you are unlikely to get bored. I personally recommend doing a good amount of training before the final few chapters though.