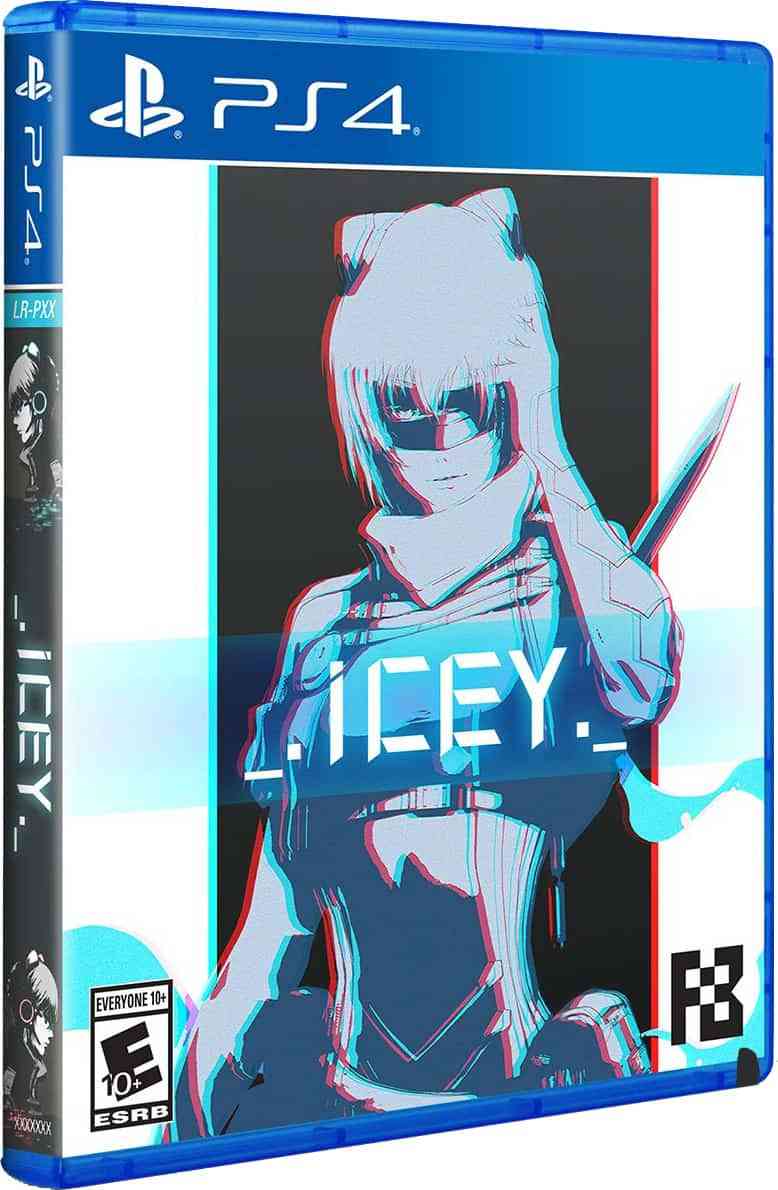 It’s time for a look at a beat em up I wasn’t really familiar with. I definitely hadn’t heard of it until the game arrived. Pretty neat cover though and right away you can see the fun sci-fi/anime aesthetic they’re going for. The game also has a lot of breaking the fourth wall moments and has an Undertale kind of vibe. It’s definitely on the short side though as you should beat it in about 2-3 hours but the difficulty helps it from getting much shorter than that. The enemies absolutely don’t mess around in this game.

The game starts with Icey waking up in her tube. Her mission is to destroy Judas since he wiped out the planet a long time ago. It is now a desolate wasteland overrun with monsters. Icey won’t stop until he is destroyed but is this really the right thing to do? Icey has started to lose track of who she is and her true goals. Is she after Judas because it was her idea or is someone manipulating her? The truth seems to fade in and out now to the point where everything is brought into question. The narrator of the world himself offers up suggestions and talks to her quite a bit as well. A common theme in the game is, will you listen to this guy or make your own choices?

I wouldn’t be surprised if this game already has a lot of theory videos out there. There’s definitely a lot to explore within this game and there’s certainly room for a sequel. I didn’t actually go and try out one of the other endings but the game makes it all very accessible. You can use the level select to go back and try something else. There are only two main decisions with regard to the ending as far as I can see but throughout the game you can choose to ignore the narrator and do whatever you want. I did that a lot early on but it would usually backfire as I would just get a few coins or something. It can be worth it just to troll the guy though. Sometimes he would also be right and by disobeying him you would end up going up against a boss that was too powerful or something like that.

As I mentioned, the game is definitely very difficult. Be careful how you answer the opening questions as that determines the difficulty level. Initially I ended up starting the game on hard mode as a result and quickly had to restart so it would be on normal. Even on normal I lost quite a few times. The checkpoints are pretty nearby at least. Grinding isn’t the easiest thing in the world here but it is possible through the level select. I recommend amping up your health and attack power first. Those will come in handy right away and you feel the immediate benefit which is why they’re good picks. They’re attacks you can count on but there are a lot of different attacks you can go for as well so at the end of the day it’s up to you.

There isn’t any hitstun in this game so when you get hit prepare for the opponent to combo you for a little while. Button mashing helps you get up a little faster so I recommend it. Mainly just try to make sure you’re never in between two enemies. You can dash so I recommend using that a lot. It’ll help you evade attacks and even counter strike if your timing is on point. It’s definitely something worth spamming. By the end of the game I did quite a lot of button mashing to activate combos. It has always worked well for me in Marvel vs Capcom and the same was true here.

The graphics are definitely fun. It reminds me of Gunvolt or at least that style although there aren’t sprites in this game. The attacks are pretty flashy and the backgrounds stand out. There’s always something going on in the screen which is good. The whole thing has a lot of detail which is good. As for the soundtrack, that part’s a little more forgettable. I don’t really remember any tunes. I think a little rock could have been a nice touch to the game. I think it would have worked rather well especially with all of the bosses running around. Those guys command respect as it is.

For a sequel I’d like to see Judas either return and try to fight back a little this time or maybe have the narrator try and do something. The guy seems about as shady as they get so he should definitely have a good influence here. A prequel could also work but I almost prefer not knowing how everything went down. Why ruin the mystery when we’re so deep in right? If we never know how this all started it allows for quite a lot of extra possibilities. It also lends itself well to online theories in the meantime.

Overall, Icey is a fun game. It’s definitely going for a unique vibe which is fun. I like a good mystery and the whole plot is fairly shrouded. The gameplay is naturally pretty hype as well. I love a good beat em up and mixing that in with Sci-Fi is a good combo. Ultimately the only thing that holds the game back is the length. It really feels very short. It only lasted as long as it did because I kept dying and even had to restart the game once. Otherwise you would likely beat it even quicker. It’s sort of like a boss rush though so you do get your share of fights in the meantime. If you get the game for a decent price then it’s definitely worth it. Will you take the enemies down or spare them? Only time will tell.