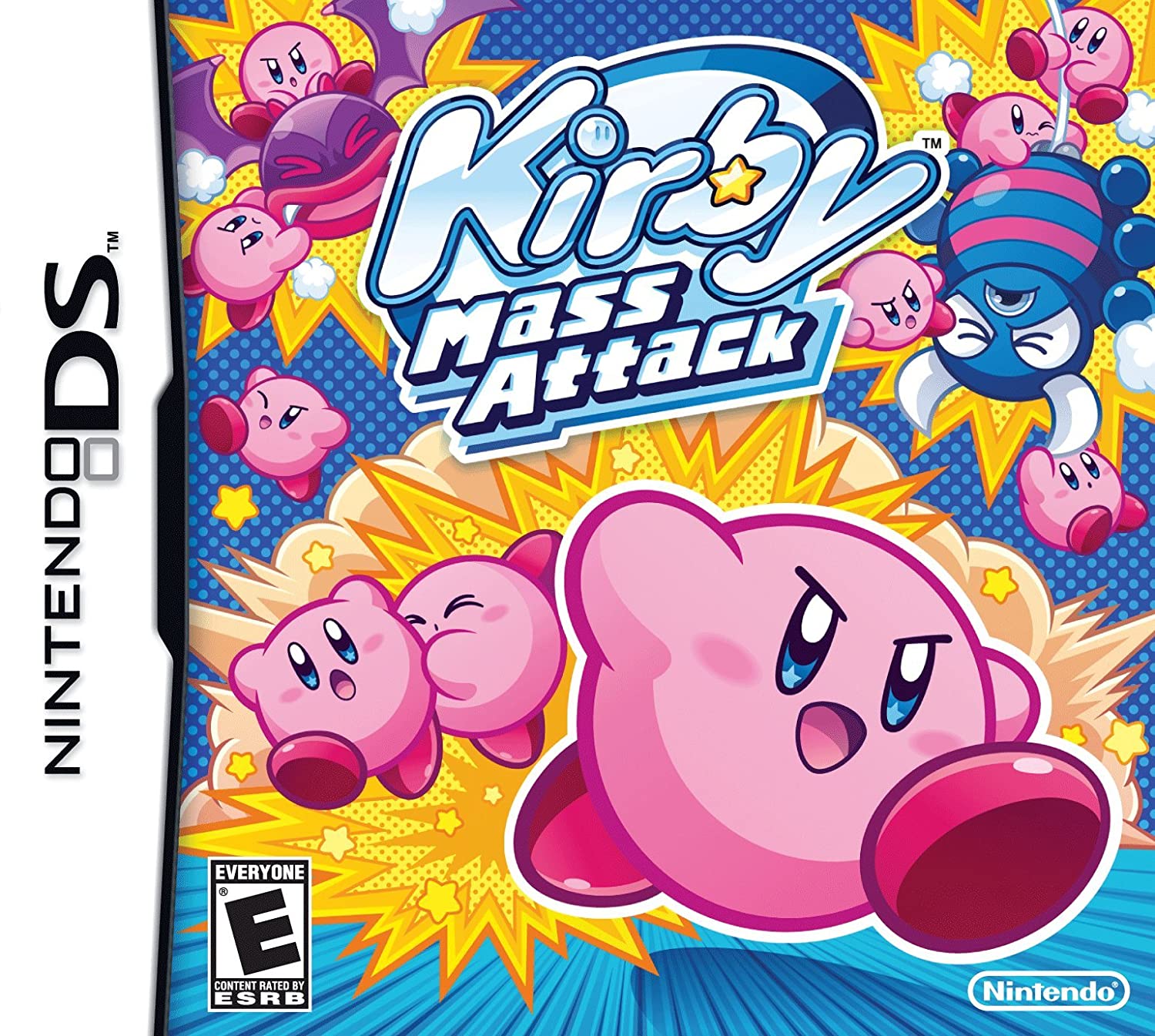 It’s time to look at a quick Kirby game from a while back. I say quick, but due to the fact that the game forces you to collect a ton of medals it actually isn’t quite as short as it would appear. Expect a lot of backtracking here unless you managed to grab the medals the first time around. It’s not super likely though as the game forces you to lose your pals every time you go to a new world. It’s not until you have completed the first 4 worlds that you keep your full squad each time. It’s a bit of a dicey mechanic if you ask me. I always feel like grabbing collectibles should be completely optional. Ah well, I wouldn’t say it’s incredibly long or anything like that I guess. At the end of the day the controls are what hold this one back a bit.

The game starts with Kirby trying to enjoy a normal day but getting attacked by a mysterious villain. Kirby has now been split into 10 different mini Kirbys. He will need to regain the scepter and stop the forces of evil in order to emerge as the one true Kirby once more. Is that even possible? Only time will tell. One thing’s for sure, Kirby won’t rest until he saves the galaxy once more. While I may write Kirby up to be more heroic than he is, the guy always does have a knack for saving the world at the end of the day and that’s what counts. He’s a guy that you can count on to get the job done. Without Kirby the heroes would definitely have been doomed in this world.

The gameplay is very stylus centered as I referenced earlier. This isn’t your classic Kirby platformer. In fact, you can’t even move without the stylus. How it works is you tap wherever on the screen you want your Kirbys to run to. They follow the stylus and will collect anything that is in their path. To attack an enemy you just tap the enemy and they will do the rest. The more Kirbys you have on your squad, the easier it will be for them to clean shop and take these guys down. 10 is the maximum amount of Kirbys you can have at once. With them at the ready you can activate a lot of different mechanisms in the levels and really have your pick of how you want to complete some levels.

There are around 3-5 medals in each level. You only need to care about the rainbow ones. Those are absolutely critical to getting the final world unlocked so pick up as many of them as you can. You’ll be happy you did this up front so that you don’t have to replay too many levels. It’s also worth noting that obtaining medals unlocks more minigames so those might be something you’ll want to check out. It does help the replay value. If you take away the replaying levels part then this game is probably around 7 hours or so. Throw in the replays and I’d say that this extends the game to around 10-11 hours easy. It’s forced replay value though so it’s not as helpful to your enjoyment of the game as you might think.

I also couldn’t get around the controls even by the end of the game. Why would you have your character controlled by the stylus? It’s way more fulfilling to just control the character yourself. At least, that’s the way I see it for sure. I like to just be able to move the characters and things are a lot more entertaining that way. The characters don’t always respond very well either which leads to some extra deaths that I wouldn’t have encountered otherwise. At least the game gives you a chance to save them. When a Kirby gets hit, they turn into a ghost and you can use another Kirby to grab them and bring them back to Earth. If that happens then you keep the Kirby. If the Kirby goes away then you lose him until you earn 100 fruits again to get a new one. Obtaining a new Kirby doesn’t take too long but since they’re crucial to obtaining some of the Rainbow Medals you want to take good care of them.

The graphics are pretty solid. This game holds up with the rest in that respect. The level designs are fun and all of the worlds do feel different. I’d say it’s fair to make the case that a lot of effort was put into the game. It’s certainly not a cash-in or anything like that. This game did try its best. Then we’ve also got a solid soundtrack filled with a lot of solid Kirby tunes. I’d say that some are new, some are old, and some are remixes which is a pretty solid balance. I’m not the biggest Kirby fan though so I’m not 100% sure on the music balances.

The bosses are pretty fun and they’re all fairly unique. They have different attack patterns and things like that. The only problem is that due to the way the controls are, it barely matters. No matter how they play, your controls are the same. You just tap the Kirbys onto them and that’s it. Because of that, the best boss is probably one who fades into the background so you have to attack him by jumping into barrels as if this was a DK country game. It was a solid boss fight that tests your reaction times and makes for a satisfying victory once you do manage to win. This game is also a little more difficult than the average Kirby game I should mention. It’s not particularly hard next to the average game but definitely way more intricate than the typical Kirby experience.

Overall, Kirby Mass Attack is a pretty decent game, but one that is limited by some of the choices the developers made. The main two things holding the game back are the controls and the fact that you have to go back to get the Rainbow Medals. The latter decision is particularly the one that really doesn’t help things out. It’s just not something the game should have done. It only hurts the game by a star though. Ultimately if you can find a good price for it then I would still recommend Mass Attack. It’s definitely a unique Kirby game and it has a real story as well so that’s always fun.