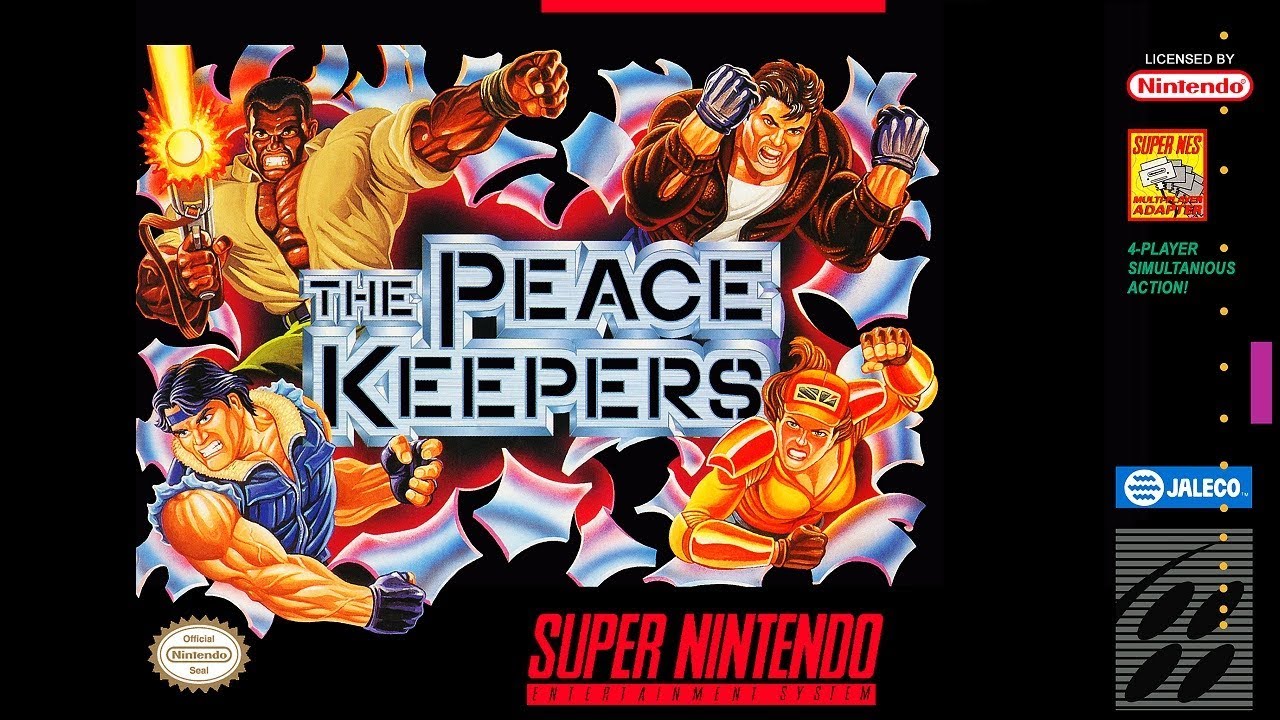 It’s time to look at a very retro beat em up. The Peace Keepers is pretty interesting and I feel like it was ahead of its time in a lot of ways. The combat is very smooth and holds up really well today. While 2D beat em ups tend to have a little less variety than the 3D counterparts (Although this is heavily debatable of course) this one has quite a few moved up your arsenal. It’s old school and yet you feel like you can do a whole lot here which is impressive. It’s a game that will hold you over rather well for an hour as you play through it.

The plot is a little vague from the cutscenes although I’m sure a booklet will have more. That’s not to say there aren’t cutscenes because there are a lot but the story beats happen very quickly. So there’s one villain who’s been going around and making a mess of things. He kidnaps one guy’s brother so that the guy has to work for him. The villain turns the brother into a zombie and then turns a girl into a monster that we are forced to fight. He can’t fight very well on his own but he’s hurting a lot of innocents along the way so the main character needs to put a stop to this.

There are some twists here and it is implied that the main character is actually an android. It would explain why he has the ability to transform and massively upgrade his fighting potential. His Super Saiyan form looks pretty awesome and you actually get to play as it for a full level which was really cool. In that form you don’t take damage and you can fly which is unheard of in this genre. I had a blast and then you’ve got the villain’s son who is also an android with this ability. Now that was a tough boss and it took me about 5 lives. You’re given around 10 lives in the game which is a good amount.

As for the gameplay, you can go for quick hits, jump moves, kicks, or power shots. The power shots are easily the best moves to use of course, but they come with a huge drawback. Every time you use the attack you actually lose some health. It’s something to take note of because if you start to spam them then you could find yourself with low health despite not getting hit once. That’s not a spot you want to put yourself in even if the attacks are good. At the same time, if you go with normal blows but the enemy hits you a lot, then maybe you would have been better off using the power move. At the end of the day the ball is in your court here. After you land the first combo you’re good to go for grabs. You need to position yourself right above the opponent while they get up and then you’ll be able to slam them back down. If you ask me that’s definitely the best way to go about things here.

The graphics are definitely pretty solid as well. The character models are good and there’s a solid amount of detail here as well. The stages all look different and the attack animations are on point. The Super Saiyan mode looks good and so does your final smash. There’s a way to activate it but I couldn’t figure that out. I was able to do it by just button mashing though so do that and you should be good. It’s probably one of those Street Fighter type inputs so I know how to mash in a way that it tends to activate those most of the time.

Overall, The Peace Keepers is just a really fun game. It’s short so you’ll beat it in about an hour but that’s not unheard of for games back in this era. The fact that it’s free with the Switch Online service doesn’t hurt matters either. I’m definitely all here for it. There isn’t really any replay value although there are multiple characters so maybe they all have variations of the story. If that’s the case then I’d say that adds a bit of replay value since I’m sure they’ll all handle things differently. I wonder if they all get Super Saiyan modes or if that’s a main character advantage. Either way I highly recommend checking this game out, it’s one of the more enjoyable games we’ve gotten in the updates.