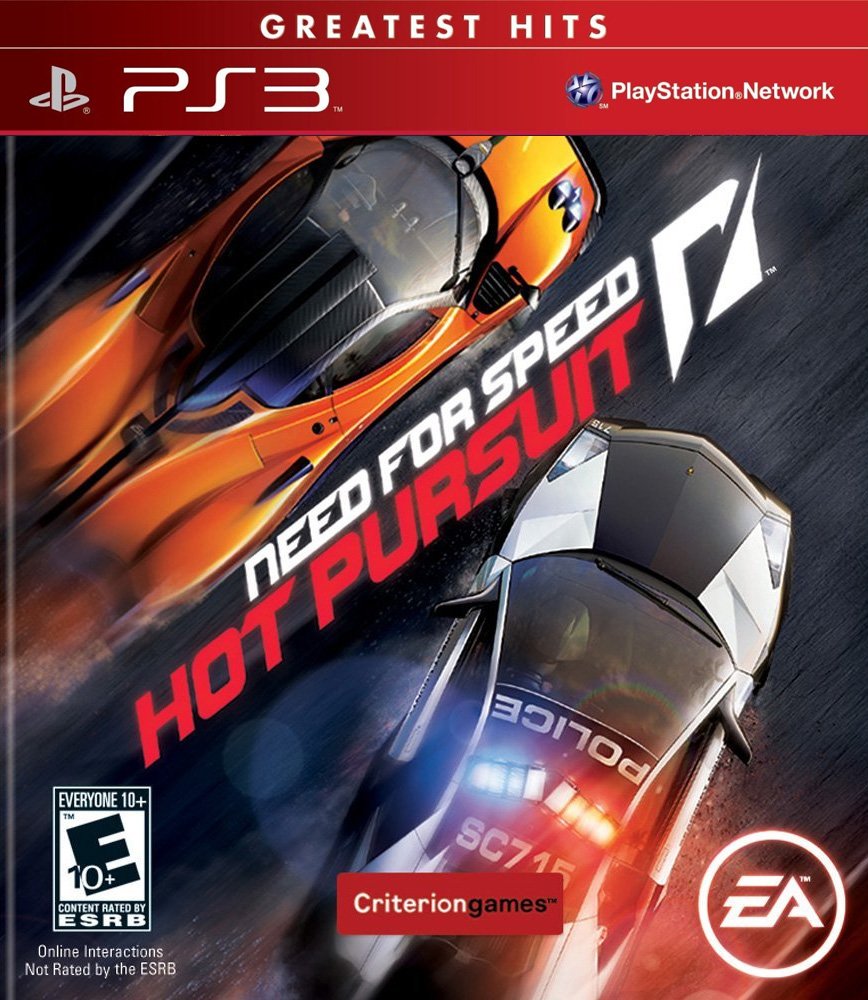 Need for Speed has had a ton of games over the years. It’s took a while but I’ve gotten to play just about all of them now. Hot Pursuit is one of the more recent ones and it’s a really solid installment. It takes the series back to its roots with a lot of solid races and the fact that you can now play on the police side as well. This makes for a pretty long campaign all things considered and there is still the free roam as well. Throw in the top notch graphics EA is known for and you’ve definitely got a winner here.

There is no story mode this time though so that’s something to consider here. You’ll instead just jump right into the races. There are around 60 races as a classic rebel who is going through illegal races and trying to be the #1 underground racer. Then you have the police side which has around 50 races as you take these guys to justice. I did all of the police levels and around 10-20 of the racer ones. There are definitely a lot of races to be had here so you really need to like the gameplay. Of course, why would you get a racing game if you don’t like the genre right?

The gameplay is a bit different between the two sides. On the rebel side it’s fairly standard as you try to outspeed the other racers to the goal. You also have time attack races where you just gotta go really fast. On the police side it’s about busting opposing cars. Take them out via ramming or with your 4 special abilities. You can fire EMP bombs at them, call in helicopters, use barricades, or even drop spikes. The rebels have these abilities as well so this is a bit of a departure from the more street level titles of the past. The abilities are pretty fun though and help make the game fresh. That’s why I played less of the rebel levels this time because I just liked the new approach here.

The gameplay is as smooth as it’s ever been. You really feel like you’re in control as the car zooms forward. Turns are seamless and everything feels right while you’re drifting. That’s good because some of the levels really call for a ton of precision so you need this level of control or you could find yourself in a lot of dangerous situations. Then you’ve got the graphics which are top notch as I mentioned. The game just looks really good. The cars are as realistic as they can be and that makes driving them even more fun. The rain is on point and the game looks PS4 level easy. It’s about as ahead of its time as you can get.

The soundtracks for this franchise can be very hit or miss but this one’s a hit without question. The main theme of the game is fantastic so whenever the game loads up you know you’re in for a treat. Not just any game can pull that off. It helps you tolerate the initial loading time a lot more than you would otherwise. The tunes in the actual game are a little less memorable but still work well enough. With a soundtrack of this size you’re not likely to enjoy them all but more work than the ones that do not.

With 100+ levels in here the game should last you around 12 hours if you want to complete them all but if you only aim to complete one side then around 6 hours will do. Of course that leaves a lot of replay value regardless. Earning the Distinction or Gold Medal on each level will be really difficult. You can also earn levels ups as you go through the game which unlocks more abilities and better cars. With these cars you can then go back to the older levels and it’ll be a little easier to complete them. So this game does reward your continued play. You can also go for trophies but with the online not around anymore hopefully there are no online ones or the Platinum trophy will be impossible to get anyway so I’m not sure if you would really bother with it.

One thing I would say that is in this game’s favor is the more Arcade like approach. I’m cool with the game just giving you the cars and you choose which one to grab. While I can see the appeal in customizing your own car and heading to the lot to buy new ones every few levels, I prefer to sometimes just get in and race. Give everyone the same cars and just let it come down to skill. If you ask me that’s for the best. It’s not like a game will lose points for not doing this of course, but I just really like it going this way.

Overall, Need For Speed: Hot Pursuit is really a great game. There’s just a whole lot for you to enjoy. It’s a complete racing game with top notch gameplay and graphics. It certainly makes a case for being the strongest Need for Speed title. Really the only thing stopping it is the fact that there is 0 story. Even if the gameplay may be the best, it’s hard for me to put it above one of the titles that actually has a strong story. If you’re just in it for the gameplay though then I’d say that you really can’t go wrong here. There’s something to be said for going back to the core basics which this game executed really well.