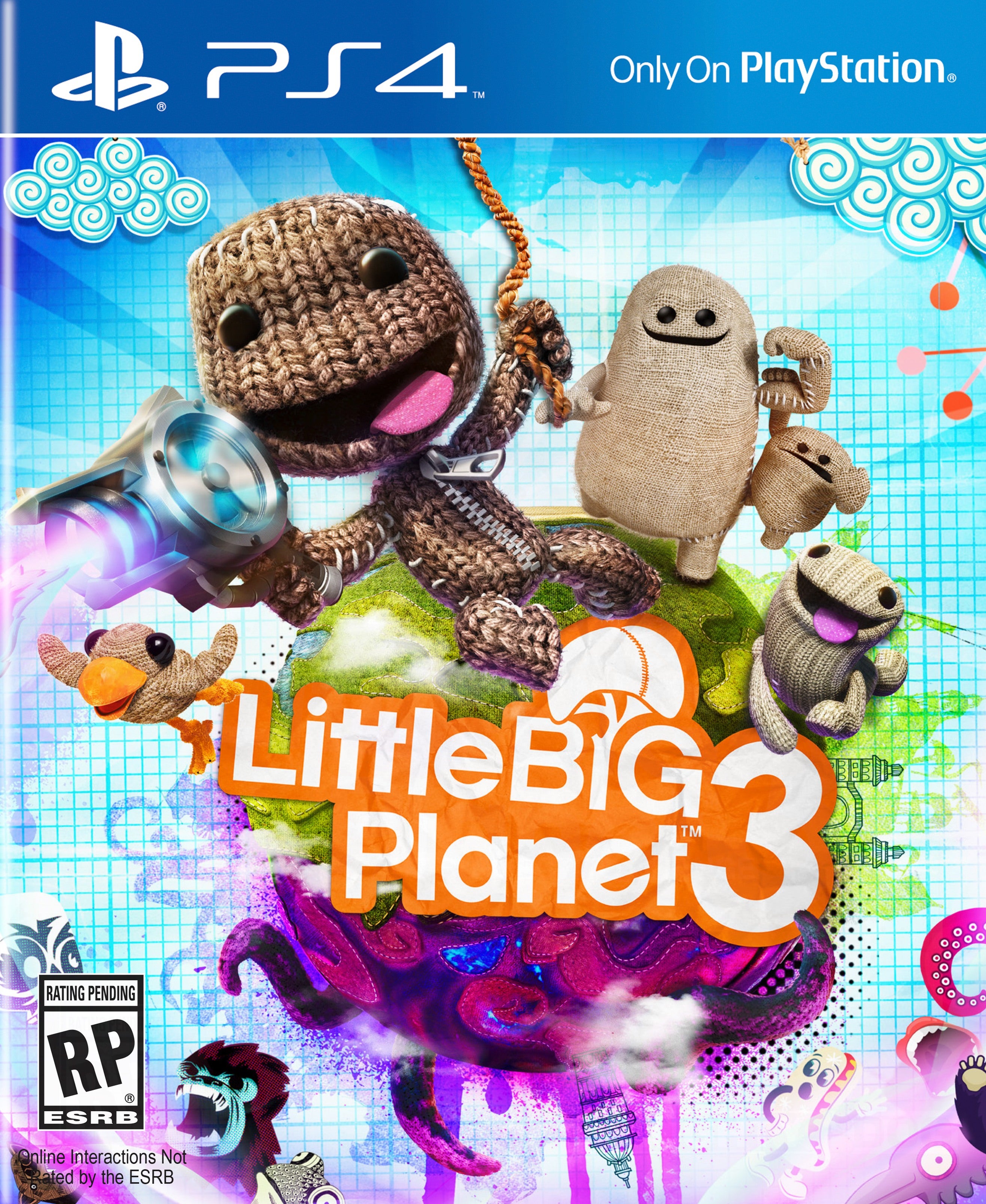 The Little Big Planet series started off rather rocky with the first game and then really jumped with the second one. This final installment in the trilogy manages to keep that same energy and keeps the series on an upwards trajectory. I wouldn’t say it quite matches the second game which still had the most intense plot but the fact that the game has a pretty serious story with clear plot progression is always a good thing. Sackboy has really done everything he could in order to save the world at this point. He may get nervous but he’s always ready.

So there’s a guy named Newton who has decided to awaken the Titans. He had the best of intentions initially as he just wanted to help the world with energy and such. Unfortunately the power corrupts him as everyone warned it would and he aims to destroy the world. Sackboy will have to resurrect the 3 legendary warriors to back him up and claim victory now. It’ll be dangerous but if he has these guys back him up then now he has a real shot at success. Naturally that means Sackboy will have to get past the Titans though so he can’t afford to lower his guard at all or it may be game over here.

There are 3 worlds in the game and each one has around 5 levels. The campaign is a little on the short side as you’ll have it completed in around 3 hours. There is a lot of replay value to be had here though as you can go back and play online levels, grab collectibles, and earn PS4 trophies. There are a lot of these to grab so that should extend the game to around 10 hours or longer I would expect. There are also a bunch of extra levels that aren’t required to beat the game but are present in each world. You can also get the game for a pretty good price so that helps even out the length concerns. Part of why it goes a lot faster than the other games is because the game is a lot easier than the second one. Perhaps people weren’t thrilled with the difficulty of the last one? It could get surprisingly tough that’s for sure, I remember being pretty surprised at that myself.

The story itself is pretty fun though. Newton makes for a fun villain who even has an emotional backstory. You can’t help but feel a little bad for him because he’s had it tough. Not “Gotta destroy the world” tough but still I’ll give him some props. Meanwhile the graphics are definitely solid. The levels have a lot of really solid backgrounds to it and each of the worlds are pretty unique. The soundtrack is also nice with an iconic Christmas song thrown in and then you’ve got another lively one during the credits. A good amount of work was put into this. I wonder if the songs were free domain at this point or if they had to pay for them. Either way it’s pretty nice to have though.

The gameplay is your classic 2D platformer. You want to run and jump past obstacles to make it to the end of the game. This time around you have multiple playable characters though and each of them have some slight differences. The dog for example can move faster than Sackboy. He can’t grab things but he can run on walls. Then you have the bird who can fly at high speeds. He makes for some of the tougher bits in the game since when you go into free drive it can be difficult to dodge the lasers and such. Then you have the power player of the group who can shrink into a tiny form to go under platforms or into the huge form in order to punch through obstacles.

One thing that’s always been a big point of emphasis for the Little Big Planet games is how much customization there is in the gameplay. Aside from level creating you can also equip your Sackboy with hundreds of different clothing options. You can make him an explorer, superhero, monster, etc. I gave him a basic Indiana Jones type costume this time. Initially when you start the game the two options are that one and Red Riding Hood but there are tons of materials to find in every level. After the first level you can probably combine for a bunch of different uniforms as well. So Sackboy can really appear as you want him to be.

Overall, Little Big Planet 3 is a pretty fun game. You can’t ask for much more from a classic platformer. The gameplay is strong with no glitches in sight, the soundtrack is on point with a lot of variety and solid tunes, finally you have really good graphics with a lot of character designs that are on point. It doesn’t lose in any technical aspects. The only real factor working against the game is the length of the story and even then there are a lot of bonus options you can do to keep up the replay value. I’m looking forward to seeing how the 4th Little Big Planet turns out. If it does well then it may be time for Sony to more aggressively think of spinoffs putting Sackboy in different gameplay styles and situations. I think there’s a lot of potential there. If you like platformers then this should be somewhere on your list.