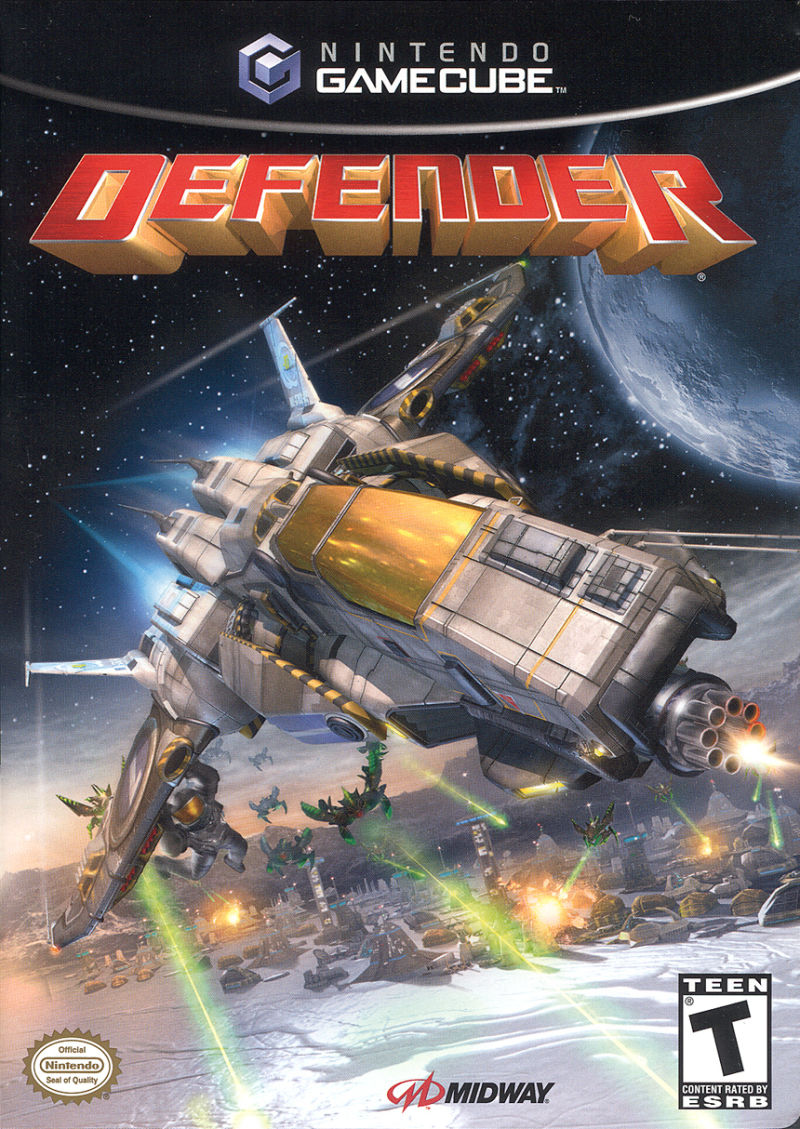 Defender is a game I’ve had on the shelf for a very long time. It’s a game that is also extremely difficult and the developers did not pull any punches with the game. I had it frozen on the backlog for a long time but with the numbers continuing to drop it was time to put this one back into play. Currently we are down to 35 games left so that’s pretty good. Defender is a good title and far better than something like Battlestar Galactica. Now that’s a game that could use a bunch of work.

The general plot is that the aliens have taken over Earth as well as the entire solar system. The humans have been forced to move out of the system entirely to regroup which has not made them very happy campers. Well, we’ve now got a good amount of ships and mechs at our disposal so it’s time to reclaim our planets. The game has you go from world to world as you exterminate the aliens with Earth naturally being the big prize at the end. It hasn’t been easy but now it’s the humans’ turn for a counter attack. It’s a pretty nice plot and I like the idea of the humans having to invade Earth since it has already been taken over.

There are some cutscenes here and there which get pretty emotional. For example there was a mechanic just minding his own business and suddenly an alien appears and takes him away. The graphics hold up really well for both the cinematics and the gameplay. At most it can be a little hard to follow along with what is going on at times but I’d guess that is a little unavoidable with how many enemies are running around at all times. If you want the skies to be cleared then you’ll have to do it yourself.

The soundtrack is okay. It’s not particularly memorable but works well enough with the the levels. It’s a fitting ost which is all that you can ask for. In terms of length I wouldn’t call the story all that long but the difficulty should help to extend that quite a bit. I would estimate the game is maybe around 5-6 hours long. It can also be longer if you do the bonus levels. See, each world has 2-3 levels but you’re always able to just go to the next one after beating the first mission. The others are totally optional but note that if you skip to the next planet then there is no way to go back so that’s definitely something to keep in mind. You have to be absolutely sure of yourself when making the decision.

For the gameplay, this is a 3D shooter. You pilot your ship around the surface of the planet as you blow up all of the enemy fighters and installations. The actual goal of the level will vary heavily so always pay attention to the objectives which are shown at the beginning of the level and also explained through the dialogue. For example, one mission may have you simply blow up all of the fighters while another one may have you protecting a base until everyone is able to be evacuated. With the title of the game you won’t be surprised to hear that quite a few of the levels are protection missions like that.

In general protection missions never tend to be my favorite ones. Your ally’s health goes down so quickly and it’s hard to protect everyone. One level I really had some issues with was where you had to protect a series of satellites from robotic suicide bombers. That one was really tough in part because the level was so big and aside from the bombers you had to worry about the rest of the crew as well. Definitely puts you in a tough spot.

Fortunately you have more than one ship to choose as an option. Each ship has a different array of weapons. Personally I used the second ship for almost the whole game and then used the second to last ship for the final few levels. The reason I switched was because the new ship has an laser which has no limits for ammo. You can just keep on using it although you do need to let it recharge for a few seconds here and there. Each ship can be updated by using your points which can improve all of the weapons on board and even add another life to your ship. I would say that the extra life should be your lowest priority since most of the levels have a strict time limit anyway which ends up being more important than having another life which you may not need.

Overall, Defender is a pretty decent game. It’s a basic sci-fi shooter game where you’re blasting away at aliens. You can’t really go wrong there right? I would say that one area which would improve the game though would be a way to play old levels and earn some more money. Much like Armored Core 2 you could be in a tough spot if you spend your money on the wrong ship and have none left for the final level. It’s why I stuck with one of the default ships for almost the whole game just in case. Last thing you want it to be trapped without money in a level that’s just too difficult to conquer. If you see this game in stories somewhere somehow, then I would say to pick it up. It’s old school but has aged pretty well. The plot’s fun and the gameplay is pretty smooth which is really all that you need in the end.