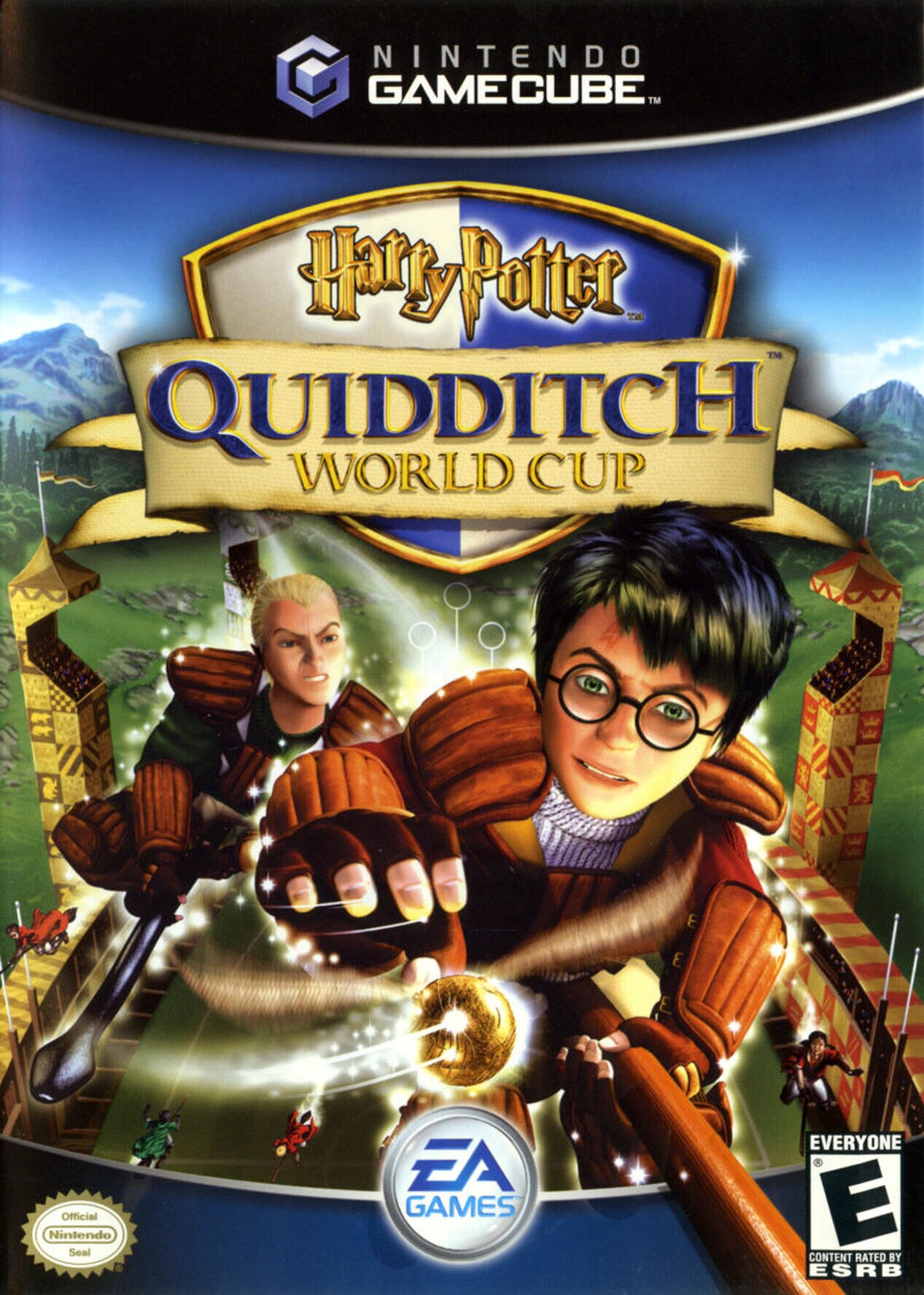 Quidditch was a lot of fun to play through in the first Harry Potter game so it was fun to see it make a return here. I definitely missed it when the latter games were cutting it out. Of course with a whole game built around this concept that means that you really need to have tight gameplay. Fortunately it is quite good and a lot of fun. I just think the game should have had a bit more of an ending to be honest.

When the game starts you are told to pick a team. I naturally went with Griffindor because you just can’t go wrong with that group right? The first few levels are about taking down all of the other schools. Then you can enter the World Cup where you have to go up against the other countries. Once you’ve done that then you’re done. The game loops for extra matches and you work on getting the rest of the cards. I ended up with 33/104 so I suppose that’s not too bad. It would be nice if the game could save your spot in a tournament though. While you can save your title at almost any time, it always takes you back to the menu when you boot it up again to start a tournament from scratch.

I should quickly talk about the gameplay since Quidditch is a pretty unique sport. So the goal of the game is to pass the ball to your teammates to earn points or to shoot the ball through one of the 3 hoops. Each time you do so you get 10 points. Once the meter is fully charged an event will start where you and the opponent try to grab the Quidditch ball. Whoever grabs it first gets 150 points and then the battle ends. So this keeps the hoops points from being meaningless or anything like that but at the same time the points don’t matter much. I was beating an opponent by around 400 before I realized this match wasn’t ending. That’s why scoring shouldn’t be your top concern. It doesn’t build the meter much at all.

The best way to win a match is to use combo passes. Hold down the L button and keep on passing the ball around. This will build the meter very quickly and the more meter you have, the more time you have to boost your broom in the final chase. Be careful about turning the ball over though as that will negate any meter build up you had amassed from the current combo. Clearly there are a lot of variables to consider here and you really want to try and take them all into account. Of course if you want to be really safe you can still score around 200 points so that way even if the other team grabs the Quidditch you would end up winning. You should always be able to grab the Quidditch first though, at least I found that part to be pretty easy.

You also have some special abilities but they aren’t all that necessary. Often times I found it easier to just do a basic tackle with A to knock the ball away then to get into the fancy stuff. For example, if you press B you get a mini cutscene where you take the ball away. Y allows you to gain a quick boost that lets you go forward and there’s X which lets you fire off one of the balls to hit the opponent with. I don’t mind the abilities but in a way they have 0 impact on the game. Whether you use them or ignore them they will not affect the entire match at all in which case I wonder why they are even around. You’ve also got the final smash attacks for a team which give you instant goals but it takes a while to build up enough energy for this. I got to see the computers use it a few times but I never had enough energy for it unfortunately.

The graphics are pretty decent. I wouldn’t say they are anything special but the character designs are on point and the whole thing looks pretty nice. The only time you may have some trouble is with navigating the turns during the final chase but that’s not really a graphics thing so much as it’s just about the gameplay. On the whole I would say the gameplay is pretty legit but those turns are just rough. I wouldn’t say any of the game’s tunes really stood out though.

In terms of length this game will probably last you around 2 hours to beat every opponent I suppose. Outside of that the only replay value is in collecting all of the cards by completing specific challenges. It’s a reasonable incentive to at least add a bit more punch to the usual gameplay but I’m not really sure if that would really be enough to get you back to play a bunch of extra matches once you’ve already won. I feel like it would be a hard sell at least.

So the game is pretty fun but I do have to emphasize that it is just very short. You need to make sure that you pick it up at a good price or you may end up with a few regrets there. There is multiplayer mode as well though which should also increase the replay value. As long as you find the gameplay fun then I suppose that’s really the most important thing here.

Overall, Harry Potter: Quidditch World Cup is a pretty fun spinoff. It’s nice that this sport got an entire video game to itself even though the sport itself does not yet exist. It just makes for a very original game. A bit of a story mode would have been nice but I suppose it’s not something that would have been expected. Hopefully the new PS5 Harry Potter game coming out will include some Quidditch gameplay as well. I look forward to seeing how it looks with the modern technology backing it up.