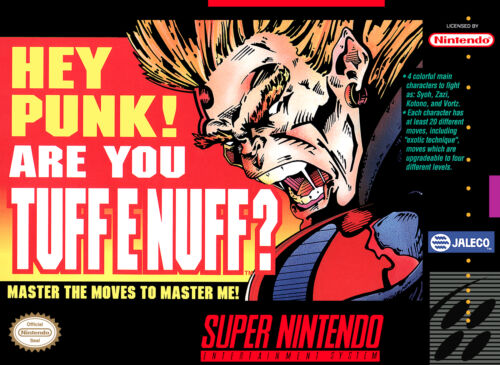 It’s time to look at a pretty old fighting game. The title is definitely pretty intense and right away you know that you’re in for a very intense mano a mano affair. As far as these retro games go I would say it’s pretty solid. It’s a fighting game so you can’t really go wrong there. Naturally this is the kind of game that is a whole lot better in multiplayer but arcade mode still hits all of the right notes. I don’t see you playing this over any of the new ones but since it’s free with the Switch Online that’s a plus.

The game starts with letting you pick a character and from there it’s off to the races. The gameplay is very basic with your average punch and kick moves. You also have some special abilities but those are hard to use of course. The whole thing is pretty basic and I definitely wouldn’t say that it’s very ambitious. Still, the A.I. can definitely give you a lot of trouble here so have the rewind button at the ready. You’re going to be getting a lot of use out of it here as things would be a little trouble without it.

Due to the nature of the game though there really isn’t a ton to say about it. You’ll be done with the Arcade Mode very quickly and then there’s nothing else to do aside from playing through it again and again or going into versus mode. To an extent that is true of most fighting games I suppose but with the modern ones at least you have more stat keeping or modern graphics to keep you going. At least individual character stories but this one doesn’t really have much of that.

I’d say that the graphics look pretty decent though. It’s a SNES game that had a good amount of effort put into it. The soundtrack isn’t bad either. The whole thing is a little on the basic side make no mistake about that but you’ll have a little fun here. I guess trying out all of the characters would be a good way to extend the time at least a little bit. That way you’ll also pick up on the controls. At an intro level I would at least recommend not blocking enough. The A.I. always figures out how to beat your block anyway so you’re better off just going on the attack and completely overwhelming them. Then maybe you can deal out enough damage to win. If you can find a consistent 1-2 hit combo that should be good enough to get you going. Don’t worry about doing anything beyond that. If there are even combos beyond 2 hits because I certainly couldn’t find any.

The computer definitely had a way of making every hit connect though. Maybe there are some advanced L cancelling techniques like in Melee over here. It would explain why the enemy was always moving super fast like the wind and being in all of the right spots at the right times. No matter what you would do the enemy would be ready and waiting to counter strike. I would say that they can read your inputs but I’m not sure if that was a thing back then. They just have really solid fundamentals all the way around.

Overall, Are You Tuff E Nuff is a very direct title for what is a very direct game. It’s simply a fighting game where you match your skills against someone else. There is nothing more to it and I don’t expect the game was trying to have anything more than that. The cover art is definitely one that you won’t be forgetting anytime soon though. The whole art style is just very intense and it’d be fun if the actual graphics in game were like that too. Of course that probably wouldn’t have been possible until at least N64. If you have the Switch Online then I would recommend at least giving this one a shot. A modern day remake of it would definitely be pretty fun though.