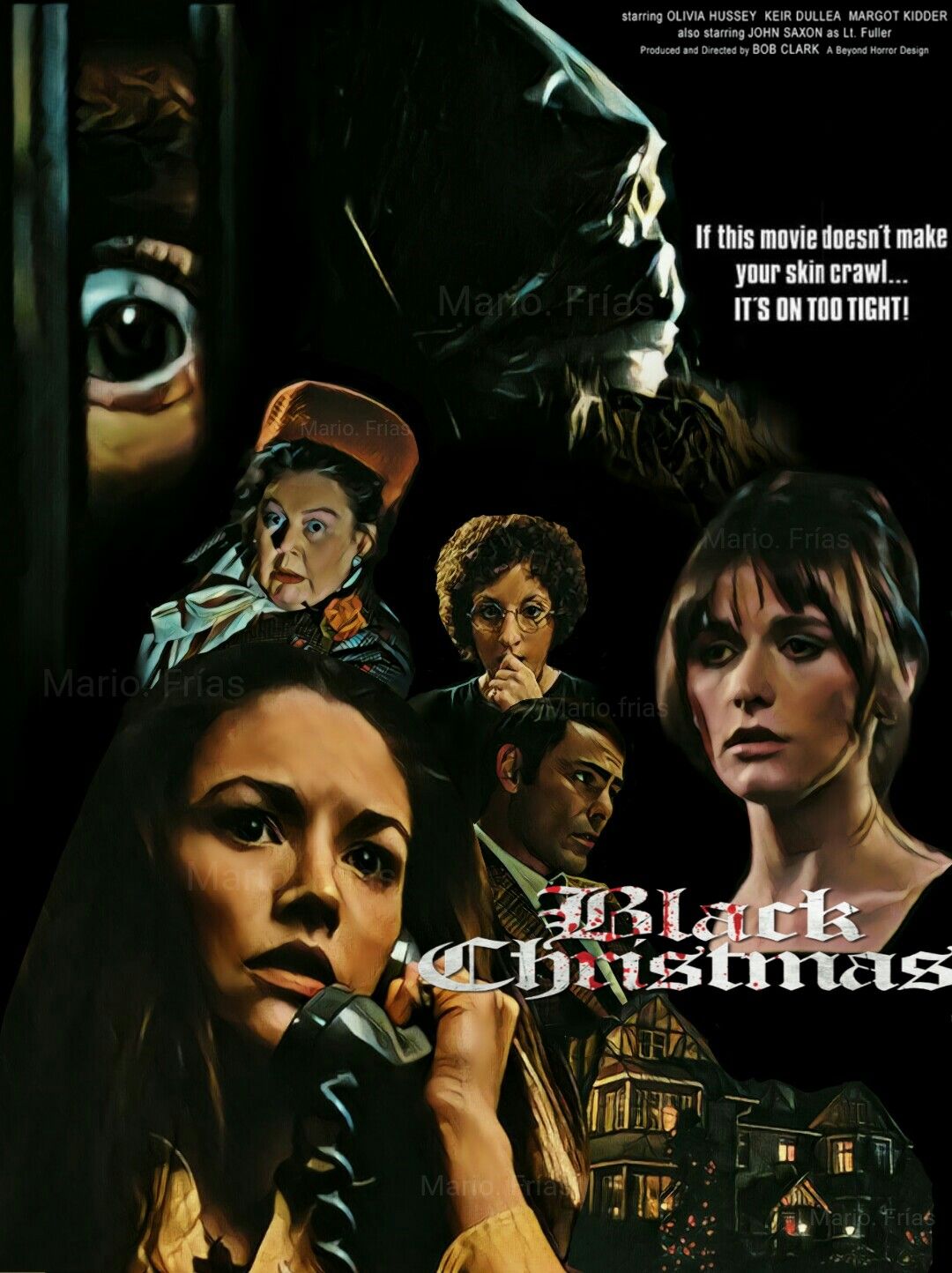 It’s time to look at a true stinker. This film’s always had that reputation of being a pretty terrible film that has only shined a little more with the recent reboot coming out with the review I’ve seen. It definitely ends up even underperforming despite that. There’s really nothing positive to say about this film. The writing is terrible, the cast is awful, and the ending is sour. The whole thing just seals the deal as a film best left forgotten to history so I don’t see why it’s already been remade more than once. I can’t say I have high hopes for those films either.

The movie starts by introducing us to Jess and her friends. They are having a solid Christmas party and are just having a good end to the year in general. Or at least…that’s how it appears at first. Each of the characters are having their own share of issues. One of them is a chronic drunk, you’ve got Jess who ended up getting pregnant prematurely, and the main policeman who fields the calls doesn’t take them seriously if anything were to start happening. Well, one by one the girls are being bumped off and the murderer keeps calling in to gloat about this as he plays the deaths live. Will Jess be able to escape or is everyone in the house doomed?

When you’re making a bad film you’ve got to start with constructing a poor cast and this film accomplishes that with ease. The main villain never actually appears but he always calls himself Billy so we’ll go with that. He’s about as poor a villain as you can develop. The guy has no real motivation for destroying everyone beyond just causing chaos. He really relies on a lot of luck and all the characters handling things terribly in order to succeed. With a better cast he wouldn’t have lasted as long as he did. The ending is just insulting if anything because everyone was acting to half heartedly about checking the house.

Think about it, you know that there’s a murderer who was in the house and a bunch of fatalities resulted from this. There are still other people unaccounted for as well. Wouldn’t you actually check the attic or the other rooms in the house before leaving? Leaving the room unguarded is also very sloppy and I don’t know how the cop in the car at the front yard was taken down so easily. I’d also argue that staying in the car doesn’t make a lot of sense. It’s good for making a quick communication but you’re barricading yourself inside a vehicle which limits your field of view.

The writing here is just terrible throughout. You’ll be rolling your eyes the whole time as you wait for the film to get interesting but it never happens. The TV broadcast had a field day having to censor everything because all of the characters are also obscene most of the time. Why would this house have paintings with people flashing the birdie? The characters look at dicey magazines and one of them coaxes a kid into drinking while he is under age. That scene is just painful because it goes on and on while someone else is on the phone. The movie goes out of its way to paint these characters as terrible role models and really as terrible people as they’re ruining Christmas for everyone else too.

Then the film also makes sure to be as gritty as possible as we learn that someone met with a cruel fate before being murdered in this town. Was that all really necessary? I suppose the idea is that if a Christmas movie is usually happy and well written then if you’re going to do the reverse it has to be very somber with poor writing throughout. The movie does succeed at this to be sure. It goes without saying that the rest of the film is also fairly violent anyway as each character is bumped off. All of the phone calls are pretty ugly as well and Jess is basically forced to listen to all of them so the cops can try to tap the phone. Even Jess who at least tries to be more responsible than some of the others does not seem to be since her affair with Peter went a little too far which leads to the drama of her wanting to abort the baby.

Peter looks terrible here as well as he quickly jumps into threatening her and really putting himself in a bad light. There’s no way to really get around the fact that he was seriously threatening her. Then at the police headquarters even after a kid is murdered and several girls vanish, the guy at the desk doesn’t take it seriously when Jess calls to report that they are being harassed by someone on the phone. After a while it just gets way too out of this world and not in a good sci-fi way. There’s just a whole lot of plot conveniences here in order to give the murderer a clean way to take everyone down.

Overall, Black Christmas is a movie that really drags on and on for the entirety of its run. Just when you think it’s going to end the film keeps on going. Horror films are basically required to have a twist ending but this one was pretty terrible. Aside from just being so obvious that it barely counts as a twist, it happens at the expense of every character’s ability to think rationally. There’s no replay value in this film and I would definitely recommend staying as far away from it as possible. I certainly wouldn’t consider it to be a true Christmas film and you’re better off checking out something like a Charlie Brown Christmas or the classic Jingle All The Way title.