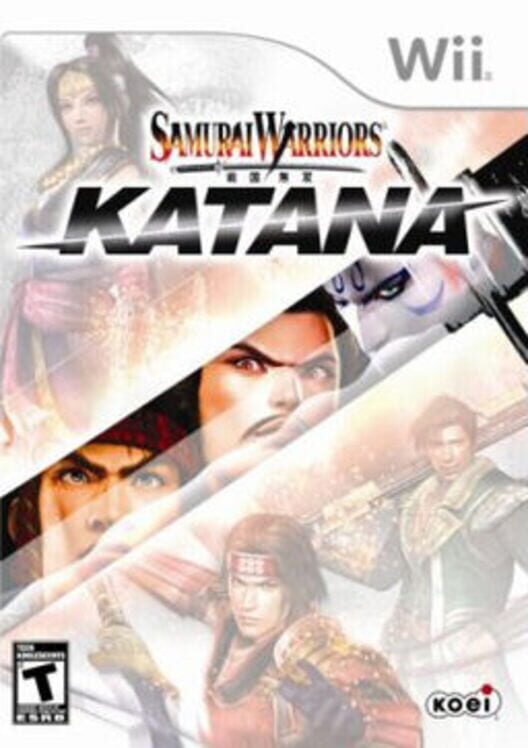 Katana is a very unique Samurai Warriors game. The fact that it was for the Wii was already interesting and right away you can see that it’s nothing like the standard ones. The whole game is in first person view. I’ve never played a first person beat em up before so that was cool. The whole game also plays like an experiment or a tech demo as the game continues to change gameplay styles quite a lot. There aren’t many levels in each campaign scenario but a lot of different gameplays. It’s a fun enough game but best left forgotten as an experiment rather than giving it another try in the future.

In the game you are a mysterious soldier who has decided to help the cause of uniting the country under Nobunaga’s rule. You end up being the greatest soldier of all time and take everyone down. Each level has you defeating a ton of soldiers and even rescuing the leader. You get to battle with some of the iconic Samurai Warrior characters. The story isn’t the most ambitious or memorable, but it’s a fun enough journey. The plots for these games usually don’t take a lot of twists and turns anyway. I’d prefer to have played as a real character though.

As for the gameplay, like I mentioned it tends to shift a lot. The core gameplay has you pressing the A button to swing your weapon and you swing the Nunchuk for the super attack. Then the B button is to shoot your Gun at enemies. You also have a crossbow but the gun is just way better. It’s a little slow but the damage is on a completely different level so you definitely want to be using that one. Blocking is also very important in this game since it’s difficult to swing at all enemies before at least one of them swings back at you. There’s a good amount of strategy involved here. You don’t move as the enemies come to you.

Then you have the more traditional style where you run around to face off against enemies. This gameplay style doesn’t show up until the end of the game. It’s still in first person but the ability to move around in the large environment is definitely like something more out of the core Samurai Warrior games. There’s also another kind of style where you click on arrows to move your character one space in that direction. You keep on clicking until you are out of that maze/level. It’s a lot to take in but the actual gameplay isn’t very complicated at all so I don’t expect it will take you all that long to conquer this one and ace the opponents.

I will say that I did die several times in the game though. You can buy upgrades and items at the shop which are helpful. I maxed out attack power first and then worked on defense and health. The item shop’s healing items are also pretty good as they’re cheap to buy and even just being able to restore your health fully once is a big help. The final level has multiple bosses going after you so any advantage you can get will go a long way without a doubt.

In terms of graphics the game isn’t super impressive. It’s definitely not quite as detailed as the usual game but the illustrations are on point. There isn’t any lag in this one so that’s pretty good. With the in game graphics you always know what’s going on which is the important part. The soundtrack is largely forgettable. I can’t recall any specific theme here. So I think the bottom line in all of this is that the gameplay is solid but the rest of the areas don’t stand out. You should be playing this because you’re just a big fan of fighting gameplay or the series but it won’t beat any mainline entries.

In terms of replay value, the main campaign isn’t very long at about 3 hours. However, there are 3-4 other campaigns to play so completing them all should take you to around 10 hours. From there you can work on maxing out all stats and having a good time. Considering that the price isn’t too crazy on this one either it’s a pretty good deal I would say. You also have the added benefit of getting a bit of a workout with the controls as one level even has you run by shaking both controllers rather vigorously. If that doesn’t get you excited to rock out and have a blast then I don’t know what will.

Overall, Samurai Warriors: Katana is an interesting experiment in the series. It really feels like a one and done game but one that had a good amount of effort into it. The sheer amount of gameplay styles they squeezed in was impressive. It can even be a little difficult at times so you can’t just close your eyes and blast everyone away like you usually would. Still, when you have a core gameplay style that is already amazing, you don’t need to experiment like this. I would absolutely recommend any other Samurai Warriors game ahead of this one but if you’ve already played the others and want something fresh then this is a fun hidden gem to bump into. After having it on the backlog for almost a decade it was fun to finally knock it out.