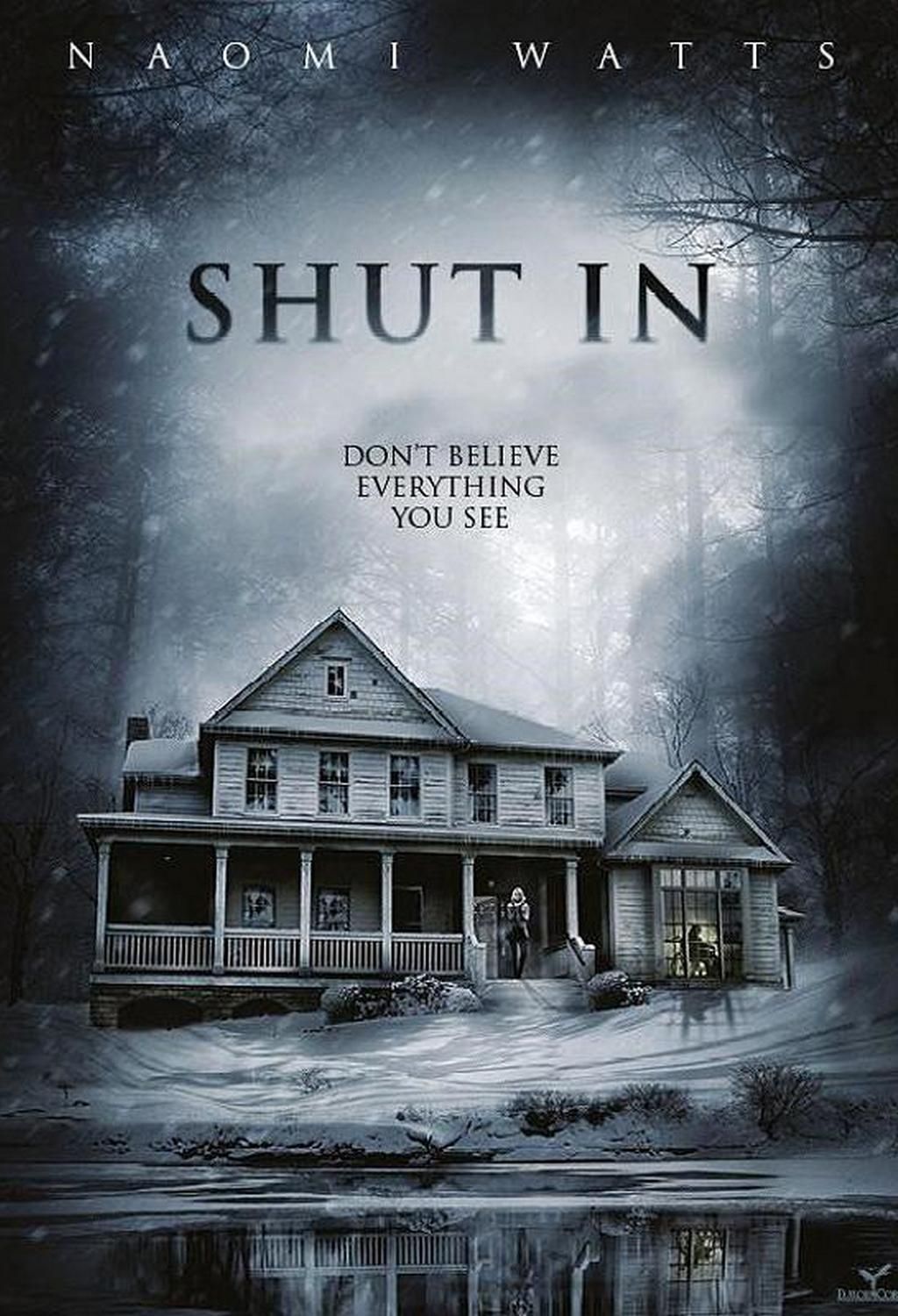 Sometimes when you boot up a movie you can tell that it’s going to stink within the first few moments. Other times it takes seconds and then you have the occasional film that won’t show its true colors until near the end. I wouldn’t say this one had a solid start by any stretch of the imagination but at least it wasn’t totally awful initially. It’s more like a film that kept getting worse and worse as it went on until there was nothing left.

The movie starts off with Mary watching her step son Stephen and her husband Richard driving off. Stephen quickly throws the car off track into a truck though so Richard dies while Stephen is thrown into a coma. Mary now spends her days taking care of him since Stephen is essentially a vegetable now. A neighbor named Doug shows up though and wants to be Mary’s rebound romance. As she starts to consider this, strange things begin to happen in the house. She sees people moving, a kid who should be long gone a state away, and things like that. Can Mary escape the house or is she doomed to die here?

There’s a ton of issues with the entire story here. Characters act in the most unintelligent ways so that the film can progress which suggests a weak story premise to begin with. Thing is, there’s not much you can really say about the film here without talking about the main twist since it’s integral so this is now going to head into spoiler territory. If you haven’t seen the film yet then you can now skip to the final paragraph. Keep in mind that this is a film you absolutely want to avoid at all costs because it’s just pretty bad to be honest. There’s nothing really good to say about it.

Okay, so the big reveal here is that Stephen actually wasn’t in a coma. The last 6 months he has been completely awake and aware of what is going on. He just waits until Mary isn’t looking or asleep to move around. Are we really supposed to believe that he kept this up for 6 months? There’s a whole lot you have to buy into here for this to make sense. First off, this means none of the doctors noticed any kind of fidgeting or anything while working on him. Stephen was perfectly able to not react in the slightest when he was being hit with the needles, studied, bathed, etc. Really? I can’t buy into this being the case for a week much less 6 months.

It gets a whole lot worse though. So the whole film Mary keeps noticing strange things like a literal kid gagging her and then running off only for her to go back to sleep and sorta think this was a dream. So, it turns out that Stephen has been drugging her with his medicine. So….how did he do this? Did he have a needle he would inject her with while she was asleep and hope that she didn’t notice, or slip medicine into Mary’s tea/coffee during the day? Both of those options aren’t exactly realistic since there’s a huge chance she would wake up or notice.

Even more practically, Stephen was using his assigned drugs from the doctor. That means it is a limited supply, one that is carefully calculated at all times. Anyone who’s ever had an operation and gets medicine knows that they only prescribe you a certain amount of tablets and to get any more you have to go through a whole request process. How did Mary not notice that Stephen’s supplies were dramatically being reduced? He was using a whole lot of drugs on her based on the bloodwork so this does not make any sense.

They certainly gave her rather odd dreams that’s for sure. It doesn’t help with us buying into her just going to sleep and ignoring all the craziness the whole time. Tom is also annoying the whole time. Instead of being reasonable and asking Mary for help he runs off multiple times. I’m not sure if he or Stephen broke the hole in the car window but we know Tom got in somehow. He basically keeps on hiding which makes it a lot easier for Stephen to catch him while Mary is left in the dark the whole time. Mary looked pretty bad the whole time as well but at least she had more excuses than the others. She certainly should have run off with Tom into the cold though instead of staying in the house. It’s definitely the safer option and the odds of being found in the dead of night are pretty slim with all the trees around. Better to risk freezing than hiding in a defenseless position.

Another character who’s just not very smart is the doctor. So, he knows that someone’s drugging Mary and sees someone moving firsthand. So, in light of this he drives on over and naturally crashes his car in the ditch. He then walks through the front door just asking what’s going on and why Mary won’t show herself…when he knows there is a crazy killer in the house. Naturally he gets bumped off real quick like nobody’s business and you’re left wondering if he was smart at all. He didn’t exactly race to call the cops either. So much for this guy being a professional because nothing about him made you think that the guy was an expert.

Stephen’s also a terrible villain. His whole motivation is basically that he wants to be with Mary in a rather twisted sense. Any scene with him will definitely make you cringe. Particularly his opening reveal as the villain. That scene in the bath takes forever and every second drags on and on. Any scene involving his obsessions with Mary ends up being a lousy one. Stephen also gets hit with a whole lot of sucker punches but unfortunately Mary never finishes him off so he always gets right back up. The worst instance of this is Mary knocking him down and then giving her back to him while having an entire conversation with Tom before….naturally getting blindsided. What was she expecting was going to happen? Stephen also seems rather strong for someone who wasn’t able to move around freely for 6 months but we can also balance that out with Mary being in a drugged state I suppose.

Overall, Shut In is definitely a terrible film. There’s really nothing to like here The reveal about who the villain is makes for a terrible second half and the execution seems like it was focused more on shock value than logic. The whole thing just doesn’t add up no matter how you slice it. You have to suspend an incredible amount of disbelief as the film goes on and after a point it just isn’t possible anymore. The romance in the film, what little we got was pretty bad. The villain’s awful and none of the characters are very smart. The film has a whole lot of shock value but none of it has any substance. Ultimately this is a film you should stay far away from. There just isn’t anything here to really give the film a win in the end.

3 thoughts on “Shut In Review”