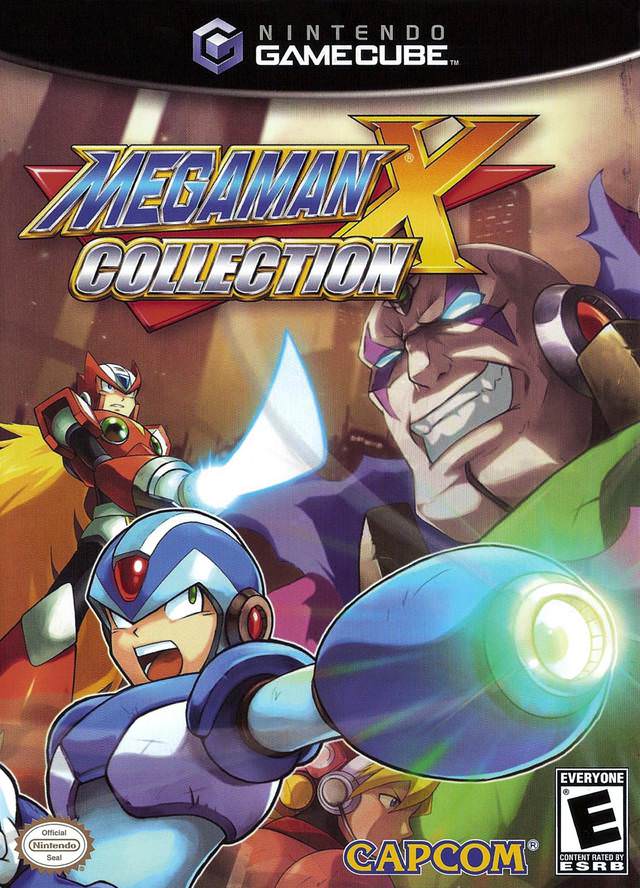 Mega Man X Collection is one of those games that I have always wanted to get. Who wouldn’t want to play a collection of 6 titles all packed into one mega experience? The X Collection is a treasure trove of important moments in Capcom’s history and it’s fairly out of print so I had to pay a bit of a premium to grab it. It was worth the trouble though and ended up being a pretty masterful game. The titles are all about as hard as I remember as well. Good luck taking them down.

As I had already played X1 and X4 previously I didn’t replay those. The collection brings all of the games up through X6 and I already got X7-X8 on the PS2 a while back. It’s pretty fun to see how the games have improved over the years. There is a noticeable jump in the graphics as you go through. I would say the biggest jump was from X3-X5 in that it now looked like a fully modern experience. You could release that game today and nobody would bat an eye because it would not feel out of place. The core gameplay for each of these titles is largely unchanged though. They are 2D shooters with some platforming involved.

The goal of each level is to make it to the end and then destroy the robot master who is in your way. This won’t be an easy task of course but it is one that you will need to complete. Once you’ve beaten the 8 bosses of the game then you always head to the final stages is around 3-4 back to back levels of taking on new opponents as well as beating up the 8 masters once again. For each game I would focus on beating the 8 masters initially as my completion and didn’t go for the gold with the climax levels this time around. It was nostalgic enough going through those moments so I didn’t think I needed to go further.

Sigma tends to make an appearance in every game but the plots are very different. One of them has the Sigma virus going around and mutating everyone while another one has the Nightmare virus which even affects Zero. Sometimes you have Zero available to play with from the start and other times he is presumed dead so you don’t see him for a while. The various plots are always a lot of fun. X definitely goes all in with the stories compared to the classic Mega Man games. This is why we need an anime to adapt them at some point but in the meanwhile the manga has done a good job of this.

The game gives you the ability to customize the controls which is handy. I always switch the boost to R instead of X. I don’t see how you can boost efficiently with it there. You can also toggle the difficulty level and even start off with a super armor if you want. I like these little tweaks. They are good quality of life upgrades that you want to see in these games. Even with this the games are suitably hard so you don’t need to worry about that.

Naturally the graphics are really good here. The character models are on point and the stage designs are good as well. The soundtrack is also excellent. The X series has so many winning themes that you will lose track by the end. It’s just another reason why the X series is so good. It knows exactly how to deliver on its strengths. As for replay value, each game has some since you can look for power ups and new armors. Additionally each game is difficult enough where it should last you a good amount of time anyway. You won’t be finishing this game very quickly at all so content is the least of your worries. That said, the price is definitely excessively high right now so good luck finding it at a value price. Most likely you will have to shell out a lot for this one. It’s definitely worth it if you are a big fan of the series though.

It’s crazy to think that Capcom has completely ditched this series and yet they really have. I dare say Mega Man could still be a household name if Capcom had kept going instead of ditching it for other things. The storylines alone are enough to make this super engaging for future gamers. Just show them X and the other reploids who helped him out through the years like Zero and you’re set. Keep in the fully animated cutscenes for the games as well since they also helped to establish this as a very big game series with high stakes.

The collection also brings Battle and Chase but to get this you have to complete the first three games completely which is definitely difficult. I didn’t go back to the first one at all anyway but it is a really cool reward for the fans who managed to pull this off. What could be better than getting another complete game for your troubles right? Battle and Chase is also pretty obscure so this would likely be your first time playing it. The X Collection certainly didn’t go cheap with the content and it’s one of the reasons this became an eternal classic. It may not have as many games as the Mega Man Anniversary collection but that one has less story and cutscenes so I imagine it was easier to fit them all there.

Overall, Mega Man X Collection is a great collection of games. Each title here is a complete game from the original Mega Man X days and they all hold up well. Naturally the most polished ones are the final two but they were all developed well and without shortcuts. I don’t see you having any issue with any of the titles presented here. They will absolutely test your gameplay fundamentals though. With the exception of one moving spike level, I thought all of the levels were pretty fair as well. If you learn and memorize the villain’s fighting pattern then you should be all good to go here.