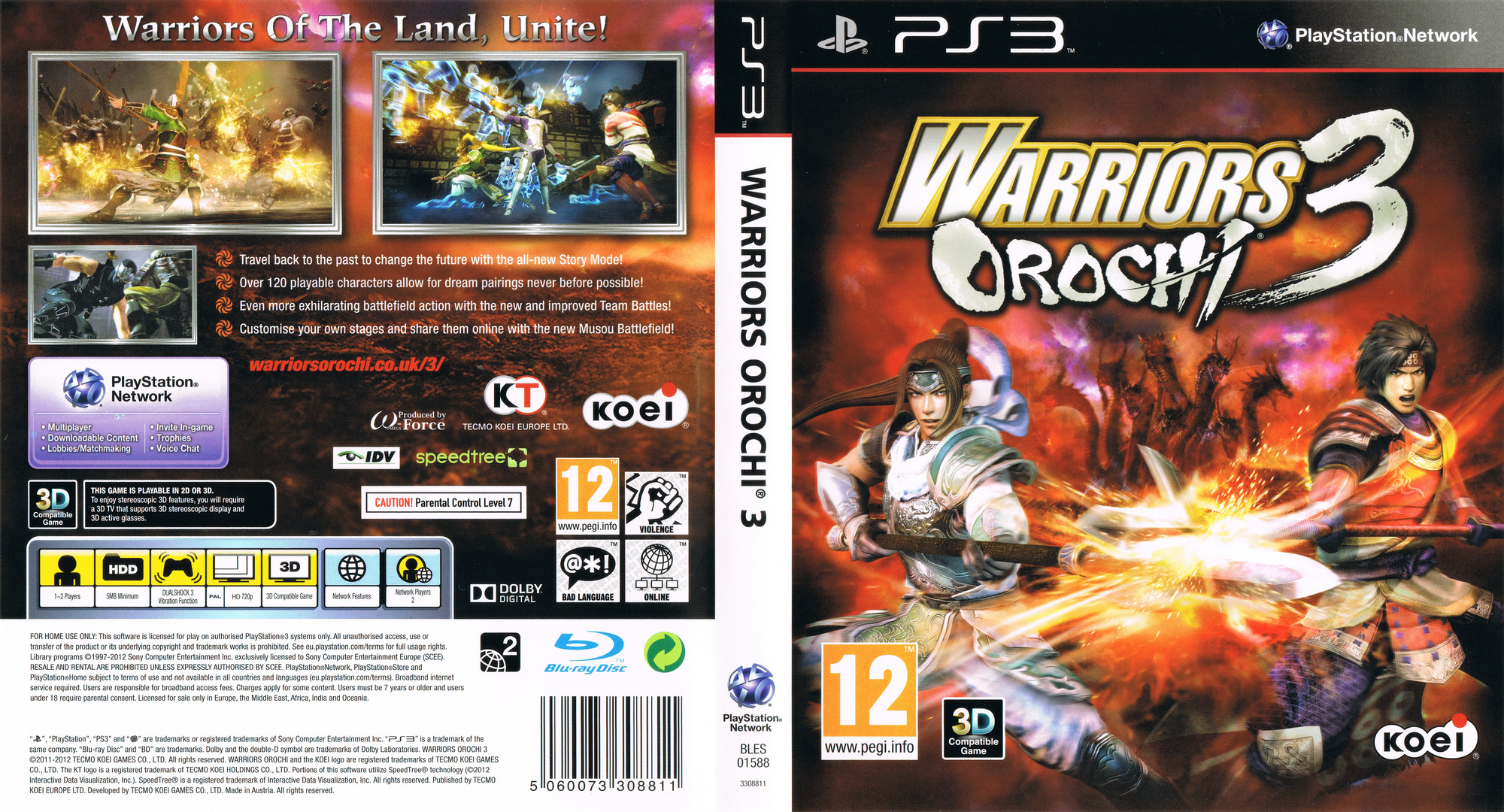 Warriors Orochi has always been a pretty fun series. There was a huge gap between when I played the first two Orochi titles but this time I was determined not to wait so long. I took the plunge and grabbed Orochi 3. Fortunately the PS3 is region free so that worked out pretty nicely. Orochi 3 definitely has a very strong plot and it features time travel so that’s a win win. It’s certainly the best Orochi game so far.

The game starts off with Orochi returning but this time as the Hydra. This 8 headed dragon crushes the entire planet to the point where within 10 minutes of the game’s start there are only 3 heroes left alive. The rest of the Dynasty and Samurai warriors cast have been obliterated. This desperate mission ends in failure but the heroes are saved by a goddess known as Kaguya. She has the ability to time travel part of the way into the past but not so far back that we can prevent Orochi from returning. Using this bonus time we have to alert everyone to the true danger and bring the world to an era of peace. Then we will return to the place of the final battle only this time we will have more of a full roster at the ready. Can the heroes stop Orochi once and for all?

I love crossovers, beat em ups, and time travel. Mix all of that into one game and it’s not surprising in the slightest that this is an absolute win. First off, the story is just very grand in scope. Seeing this dragon show up and just decimate the cast was intense. Especially since these characters are all quite powerful in their own right. It may be a little hard to buy that they would all lose like this but when you factor in that they’re always fighting among themselves they probably were weakened by this point. While the game ends with everyone finally being at peace, something tells me that won’t last for the sequel.

The main campaign is fairly long at 29 levels and there is a good amount of replay value here as well with all of the bonus levels to tackle as well. Getting everyone to level 100 will take ages too although I don’t think there’s a trophy for that so no need to force yourself. There are over 100 characters after all so that’d be pretty crazy. By the time I beat the game I only had 1 person at level 100 so I think it’s safe to say that getting everyone over there would just be too long. I’d say the story mode is maybe around 7-8 hours. I didn’t count exactly and they don’t store the playtime but that sounds about right to me.

As for the gameplay, it’s your standard 3D combat system so you will know what to expect. You rush into battle and slam into enemies using both standard and power attacks. You have super attacks as well but I recommend keeping that in your pocket as a combo breaker in case a boss lays a good hit on you. Typically they go down pretty quickly but if they do start a combo they can take off huge chunks of your health in an instant. You definitely want to respect their power and keep some distance between you and the boss. At least I would recommend that.

One of the most handy tools at your disposal is your horse. I recommend summoning him as much as possible so you can run through the battlefields at top speed. Doing this will help you reach your objectives quicker. After all, aside from conquering enemies you also have to protect your comrades. My strategy in each level was to knock out all of the officers but mainly not worry about the minions. I would still average around 1000 KO’s per stage so those come naturally but getting rid of the officers is key or your allies will end up defeated and you will have to start the level from scratch. Let me tell you, you do not want to start the level from scratch to be sure.

Naturally the graphics for this game are absolutely stellar. The character models are on point and the level designs are really striking. This is the kind of PS3 game where you can tell they spared no expense. It could easily pass for a PS4 title. Likewise the soundtrack is excellent. It’s no surprise as the Orochi games tend to sound quite excellent but this one really manages to even go above and beyond. The battle themes really get you into the action so you feel ready for what comes next.

When you’re not fighting there are still other bonus things you can do as well. One of those is buying new weapons or fusing your older ones into weapons with more slots and abilities. Your weapon is quite important in this game so I recommend working on that right away. Don’t worry about the money it costs because by the end of the game you’ll be swimming in it. At the very least there was never a point in the game where I was low on funds. There is also the tea shop where you can increase your bonds with the other characters but I never really tried that out. I think the bonds mechanic increases your strength when you fight with allies but admittedly I never really tried this out. I tend to run ahead of the others to try and shield them from danger while also getting the fun fights for myself.

Overall, Warriors Orochi 3 is fantastic. It’s a top tier game filled with a lot of life and action. The story is a lot of fun, the graphics are top notch, and so is the soundtrack. There’s a lot of replay value here and the gameplay is a blast. You can easily have fun just playing the levels over and over again. I can see how people would sink dozens and dozens of hours into these games. It would make for a fun ride to try and platinum it, but the trophy for beating all of the levels on chaos difficulty sounds a bit daunting. Maybe someday. Now just one more Orochi game and I’ll finally be caught up!