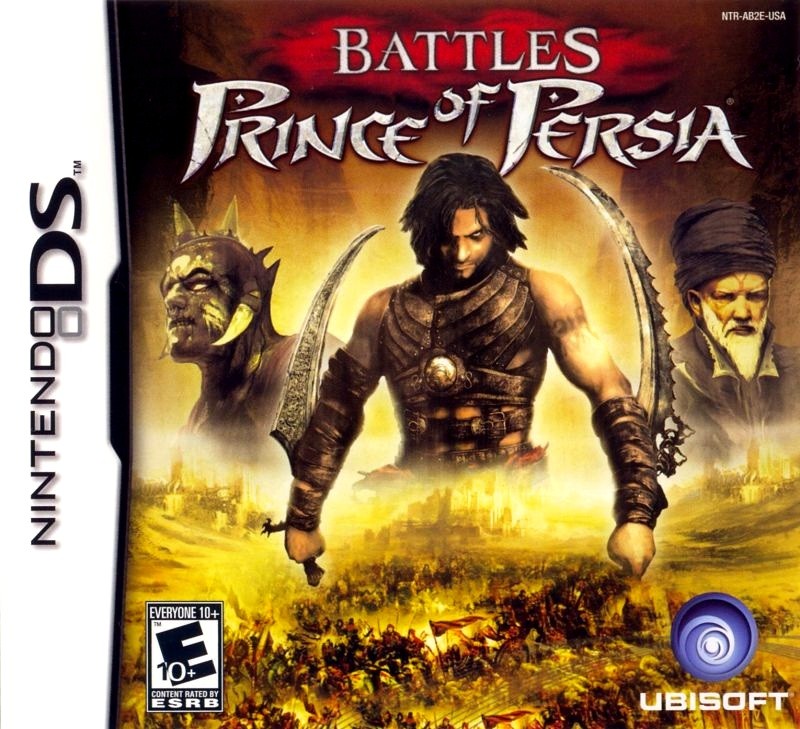 Prince of Persia typically delivers with games ranging from very good to great. Unfortunately this one was a big exception. The gameplay just isn’t very good. Not only is it not very polished at all but it takes way too long to go through each level. Some quality of life upgrades could have gone a long way since the game is at least trying to have an ambitious story. The gameplay just undercuts it.

The story is told through a few time periods and through around 4 different perspectives. Basically the Prince of Persia has decided to open up the box of demons to help him fight off another army but this failed miserably. Another army has resurrected an army of skeletons to fight alongside him but they are revolting because they want revenge for the guy’s wife being murdered a while back. So you’ve got 4-5 factions all running around and trying to do their own thing. Who will be the one to rule over all of Persia by the time this is done?

There are around 23-24 levels so that may not sound like a whole lot of time but each level takes a long time. I want to say it’s 30 minutes minimum per level and that’s of course assuming you complete the levels in the first shot each time which I find very unlikely. Granted, you can probably beat a lot of the opening levels like that but as the game goes on it gets much harder. It’s not even all that subtle as I would say the difficulty just randomly spikes as you play through it.

The gameplay is a tactics kind of game. You control a bunch of different pieces and each one is good against another type. You have swordsmen, horseback riders, archers, the Prince, etc. The goal is often to take down the opposing army which you can accomplish by going for the prince directly or trying to take down the majority of their fighters before they take the crown. Some levels have different goals as well like trying to just escape/flee the area in time. Those can still be pretty tricky though because the enemies really try to get in the way.

One tricky thing is the game never actually tells you which type beats another. Your best bet is to probably just write this down as you play the game since it’s not like there are a whole lot of types anyway right? I didn’t bother personally but I still managed to make it pretty far. Ultimately the game conquered me around level 17. So here’s really the worst part of the game, the incredible slowness. That’s what really bumps the game’s playtime up so much. Each battle has animations that you can’t skip and have to watch each time. Each side also is able to use around 20 units so to get past a single turn you are effectively giving out 20 orders in any other kind of RPG.

So each level takes forever and a day. Here’s where the developers could have made things better. Speed up the actions or add an optional setting where you can skip animations. I would also argue that you should make the size of the teams a little smaller but that one’s more debatable since I understand that it’s fun when you have more complex units. The more people on each side, the more you really have to strategize. That part is fun to be sure but the last thing you want to do is have to start a level all over again after having already sunk 30-40 minutes into it. That just doesn’t feel like a lot of fun.

There should be a lot of checkpoints everywhere or ways to upgrade your units. A simple training function would have gone a long way here since you could at least make your team more prepared to take the win. Without any kind of training system it forces you to have to think of a better strategy but then your opponent has all the best cards. I didn’t mention that before but this game has a whole card gimmick. You can only take actions based on the card you used. While the specifics aren’t as complicated as the DBZ Card game so you should master it pretty quickly, it’s just not all that fun. At the end of the day that’s the big problem with this game, it’s ultimately not fun.

The graphics are decent I guess. There’s not a lot to them though since the game never really tries to show off the graphics. It’s just about fighting it out against other enemies in pure sprite type animations. I don’t think this would have been a very difficult game to set up in that arena. Then as for the soundtrack, it’s okay at times. You’ll occasionally hear one of the hype themes from the Gamecube games but it flutters away just as quickly as it appeared. That’s the most unfortunate part easy. On a technical level the game isn’t impressive but I wouldn’t say it’s bad.

That’s why it’s a shame about the gameplay. The story is excellent and has some compelling ideas so mixed in with some decent gameplay this could have actually been a good game. There was just so much potential here. I don’t really understand why you would go to the card game format anyway unless you’re Yugioh or something like that. For other franchises it seems to always completely backfire personally and this is no exception.

Overall, Battles of Prince of Persia really misses out on the biggest aspect of a game. A game should be fun. The gameplay needs to be such that you want to go back and play another level. In this case you’re just going through the motions but not having the level of fun you would expect to have. At the end of the day this is a game that is best left forgotten. Hopefully we get a real new Prince of Persia game at some point.