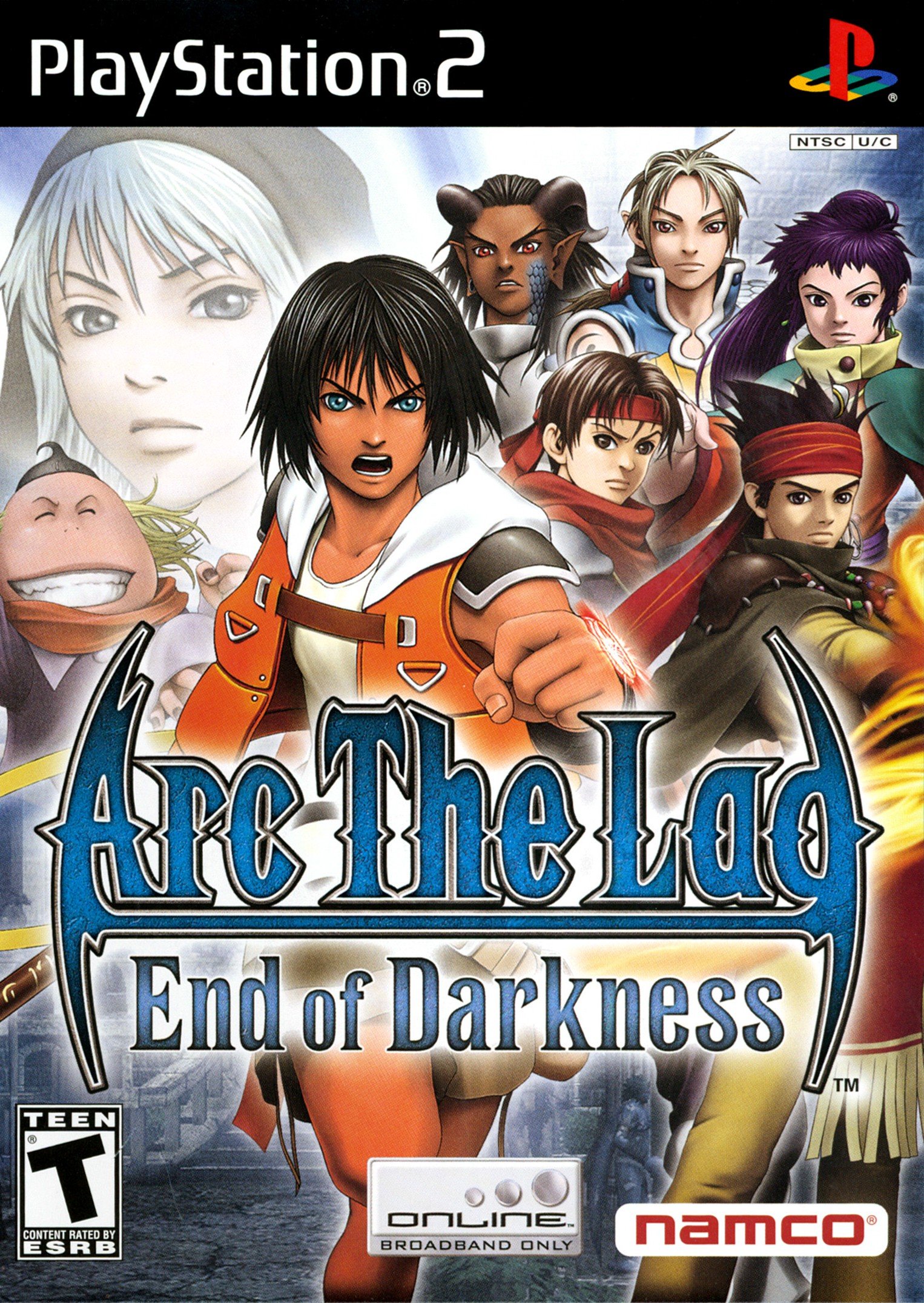 End of Darkness continues the story of Arc the Lad which is always fun since it gives you a chance to meet some of the old characters. Surprisingly, none of the Deimos get to appear though and the leader of the heroes from the last game is a no show as well. The decisions there were a bit questionable but the characters we did get to see were pretty cool. The game is ultimately a step down from the first one but still makes for a fun adventure.

This game starts with introducing us to the world’s new status quo. Deimos and Humans seem to still live apart for the most part but there’s no war going on. They still visit each other at least and deliberate even though there are some tensions. The main character here is Edda. He’s grown up in one of the Deimos towns all his life and uses his exorcism skills to help the town. See, there is a new form of monster which keeps on regenerating whenever it is destroyed. The only way to destroy it for good is with exorcism. The island is pretty safe thanks to Edda but the rest of the world isn’t so lucky. Edda decides to embark on a journey with his friend Hemo. He’ll become a hunter and will use his exorcism skills to bring humanity to an era of peace.

Meanwhile, there is a mysterious lady named Kirika who has stolen an ominous book. It’s hard to say what she wants from it but Edda can’t take any chances. He needs to find her. Perhaps she knows why more and more monsters have been appearing lately. The hunter guild is trying to get to the bottom of this as well but they haven’t made a whole lot of progress yet. All of these plots will eventually intersect.

The story is fun although there’s not as much of it as you would expect. A lot of times the chapters won’t have any story development as you just help people out and continue on your day. the game has a set structure of how you progress through chapters as well. Each chapter is tied to your hero rank. You start out as a beginner of course. To advance to the next level you must complete 5 side missions which are fairly basic like defeating a few minions. The side missions keep on rotating so when you find an easy one, just remember the name so you can beat it again. You need to have 10 stars for side missions.

Then there are 2 story missions as well for each chapter. Once you complete those you can take the promotional exam. If you complete that, you enter the next chapter. Rinse and repeat until you get to the end of the game. I would say the final 2-3 chapters are where the story really gets going. The rest is mainly to introduce the characters and set things up. Interestingly there is no EXP system here so you can feel free to avoid all the enemies this time around. Unless you are doing a mission to defeat enemies there is no real benefit to fighting them.

You can’t leave a room if any of them are chasing you though so sometimes it is quickest to take them down. This means equipment is even more important now. You want to make sure you buy the best gear possible. You can actually buy the best gear rather early on in the story. Still, you might notice that the final boss is still very difficult to conquer. It feels like the game massively spiked up the difficulty just for that final boss which was certainly very intense.

So to deal with him you’re going to have to use the magic synthesizer. Make sure you save before doing so. You want to get a triple S rank spell and that will help you complete the game. Without it, you’re in for an extremely long fight at the very least but possibly a futile one. You really want to have those spells on hand.

Meanwhile the graphics look pretty good. It’s fun getting to recognize all of the areas from the first game. A lot of the levels seem to have been directly grabbed from the last one for maximum nostalgia. The soundtrack is also mainly made up of tunes from the first game so all in all, it’s a sequel that feels a lot like the first game except for the gameplay changes.

While I do like real time action, between the lack of an exp system, the dungeons being far away so if you lose then you have to start over, and your items all being confiscated if you lose a side mission, the other game had the stronger gameplay system. You do have a few other playable characters here which you can unlock through cards but I never really tried them out since I had Edda all maxed out anyway.

As for the characters, Edda isn’t bad. He doesn’t have as much personality and charisma as Kharg but he does well enough for himself. As an exorcist he is always trying to do the right thing. His friend Hemo is never particularly entertaining though. He never helps out when Edda is in a pinch so there’s not much reason for him to even be here. He holds the main character back without a doubt. Finally you have the mysterious Kirika. She’s a fun character although even she realizes by the end that her plan was not very good. If she had done things a little differently the game would probably be massively shorter.

As for the length, the game is pretty solid. It’s over 10 hours which is always the important part. I’d say it’s around 15. Additionally there are some more chapters you can play after the final boss which will serve as the post game. Perhaps we will see more guest stars there. So all in all there is a good amount of content to enjoy here without a doubt. It’s got replay value to keep you going.

Overall, End of Darkness is a nice way to see all of the old faces again. It tried a lot of experimental gameplay mechanics which is always ambitious even if it didn’t work out. Make sure you focus on getting some good spells pretty quickly because you will absolutely need them for the final boss. They will probably make the rest of the game a little easier as well. Until the final boss I really had just stuck with Cure since health is super important and a thunder blast of sorts. The spirit moves at the end would have certainly made the bosses quicker.