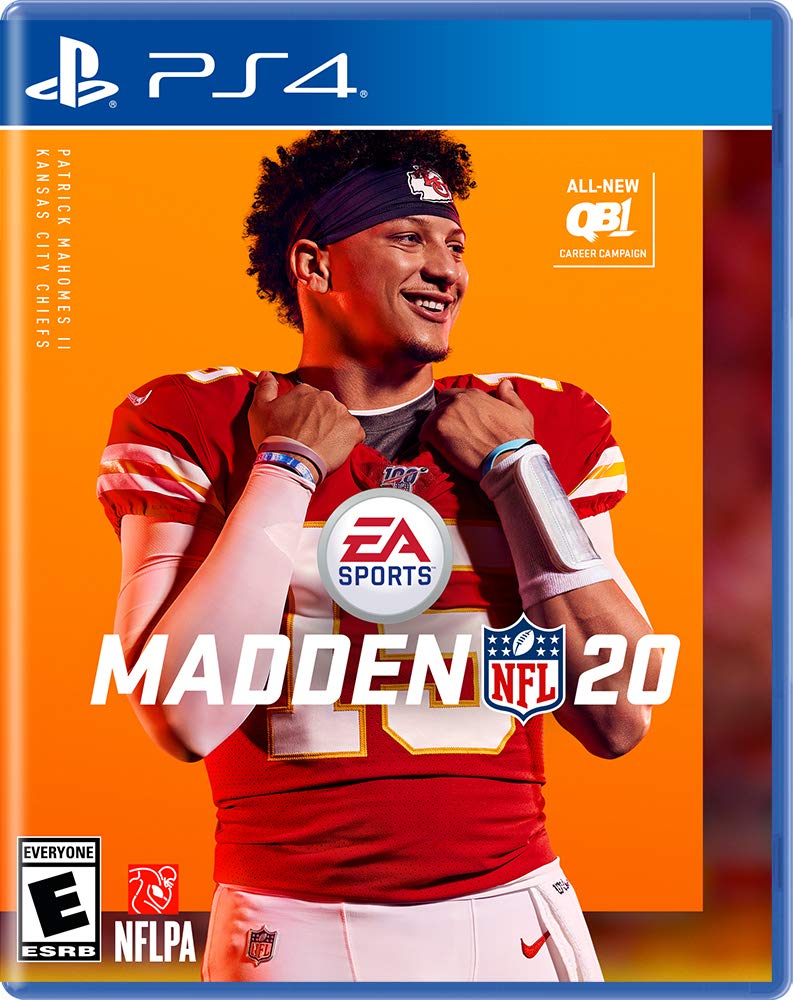 It’s definitely been a long while since I played a Madden game. It’s always somber waiting for the next one because even if there aren’t any big changes, the series just has fantastic gameplay. To date it has to be one of the all time greatest series out there. This one’s certainly no different even if I wouldn’t say that it is quite able to compete with some of the older ones. Mainly I feel like scrambling has been nerfed and the deep ball is still nonexistent. Still, if you’re looking for a quality Football game you can’t really top this one.

Right off the bat you can jump into a ton of different modes like franchise, story mode, play now, online modes, or the skill trainer. Of course for me the first stop is just the quick matches to get a feel for the game. I always make sure to do one game on each difficulty level before I review the game so see how I stack up.

I was able to defeat most of the difficulties but I did get stomped in All Madden. I kept it rather close in the first half at 17-6 but as I got more and more desperate the A.I. would take advantage of that and ultimately go on to score a total of 40+ points. All Madden is as tough as it ever was but this time it did feel pretty legit. Usually I walk away shaking my head but in this instance I thought it was fine. I just got out played there.

The gameplay is pretty much the same as always. The goal in Football is to carry the ball across the goal line. At that point you will have claimed victory and will be in the home stretch. If you allow your opponent to do this, then you have to do it again as well. Whoever scores the most points at the end of the game is the winner and then that would be a wrap. It’s easy to understand if you’re familiar with the sport but otherwise Madden would not be the best place to start learning. I would recommend watching a real game first to see this in action.

Granted, you won’t be calling plays as if you were a real team but it’s still helpful for learning the fundamentals. As mentioned the game is a blast but there are a few aspects that are weaker than in most of the other titles. One of those is the QB scrambling which is when you decide to make a break for it instead of throwing the ball.

I can see how this could be a little overpowered in some of the games but I just love doing it. Often times I will make a break for it instead of throwing the ball because I don’t really have anyone open. Now you have to be a lot more careful because it takes a lot longer to actually start running and that’s an issue for when you just want to take off. I’m thinking it’s the game’s way of telling you that you should be throwing.

The QB throwing accuracy has also been given some more in depth features such as your ball not being thrown where you want it to be if you’re under pressure. You’ll suddenly throw in odd directions and while this is an interesting way to factor pressure in, I don’t think it’s needed. It should all go to your individual skill and where you throw the ball. That’s definitely a lot more straight forward.

I also just miss being able to toss the deep ball around. Find a receiver in a 1 on 1 matchup and just throw the ball over. Nowadays if you try that it will be incomplete 6/10 times and intercepted the other 3/10. Actually completing one of these balls is never worth the risk and that’s a shame because they’re the most fun to complete. Instead it’s often best to go for most short length passes and chip your way to the goal.

Running the ball is as solid as ever though. I don’t typically run a lot but it does make me feel like I’m using some real plays so I’ll do it here and there. You always get that feeling of being so close but so far away when running the ball because every time you get tackled you’ll think about where you should have run instead. It’s definitely a blast making your picks.

A lot of the modes also have the ability to skip all defensive drives which is pretty cool. Defense isn’t bad but I definitely do prefer being on the offense so that’s definitely more my speed. You have control of the ball and what you do with it at that point which is what makes the game fun. There is a lot amount of RNG in most of these plays.

As for the other modes, well there is a classic Story Mode once again but as always the cutscenes are completely unskippable. This has been the case for 3-4 years now and that’s unacceptable. Surely the devs have heard of the complaints before now so there’s no excuse for not being able to skip these. Especially since the story mode just isn’t all that engaging. You’ll really only be playing through the mode for the trophies.

Outside of the story mode the graphics are very solid though. It’s always great just loading up the game and seeing how nice the uniforms and backgrounds are. This is where 99% of the effort goes into so it makes sense that this part would look good. The soundtrack is very forgettable as while you’re in the games you won’t be hearing it anyway. You’ll just have the classic Football sounds at that point which is really what you want to have to focus on anyway.

Beyond that there is naturally a whole lot of replay value here. You can play games endlessly with a variety of different things to do. If you have the PSN subscription you can also take advantage of the head to head battles which is probably the most enjoyable mode. There’s nothing quite like battling others online. It’s why I would snap up a Switch version if that ever came out, but alas it doesn’t look like EA and Nintendo are ever going to mend the fence here.

Overall, Madden 20 is definitely a blast. While there are some specific changes that make it weaker than some of the other installments, ultimately it’s the core gameplay that you know and love. The series gets a lot of shots fired at it for not changing things up between years and keeping in every glitch which is valid. Still, you’re unlikely to see much of that while playing normally and it’s just too fun to put down. So ultimately the positives vastly outweigh the negatives.