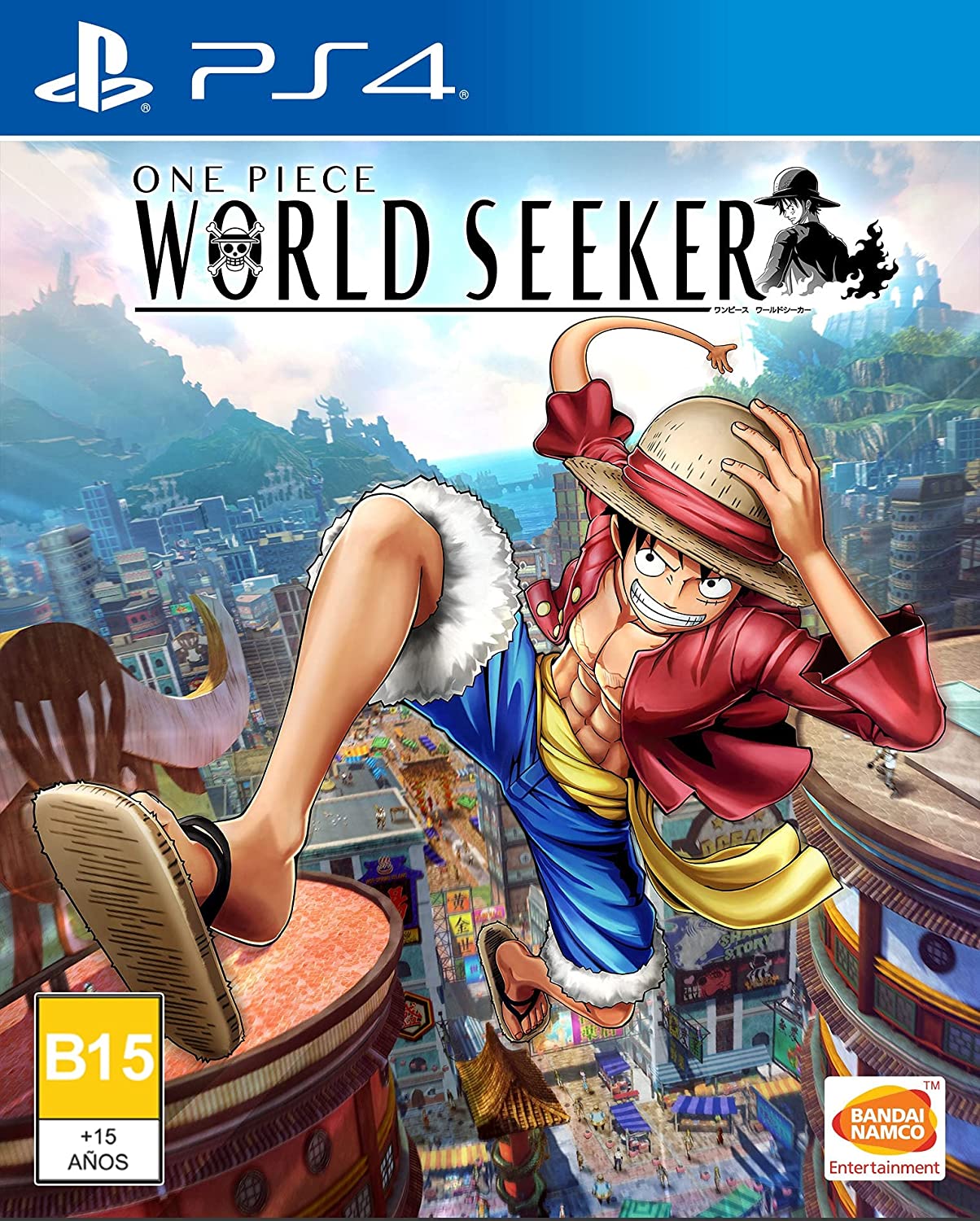 I remember World Seeker was getting a lot of hype when it was first announced but it seems like the hype died out when it came out. I just happened to run across it at a Gamestop and figured that was a good time to see if it was any good. Fortunately this is another great title to add to the One Piece collection. The franchise has really done well in that arena. While most of the other games were big beat em up titles, this one’s more of an open world action/adventure game. It works out really well and feels like a Breath of the Wild type experience.

The game starts out with a very cinematic approach as the credits roll while we see Luffy getting ready to be executed by the government. Fortunately he is able to get out of there just in time but the whole crew has been split up. They were lured to the island with treasure but it turns out to all have been a trap by Isaac and the World Government. Luffy and friends need to get off the island but the Sunny won’t be repaired for a few days so there is no escape. Additionally, there may be something more to this situation other than a simple trap as famous pirates, admirals, and many other figures are all converging on the island. It’s time for Luffy to help Jeanne save her island and prove that even a pirate can be a hero.

Right off the bat you’re thrown into the rather large island and then have to make your way from place to place for the missions. The hub world is quite large to the point where you will be using the quick travel mechanic a whole lot. It’s not as big as Breath of the Wild, but the size is impressive enough where it’s worth noting. They did a really good job there. There is a whole lot to do in the various areas as well with side missions everywhere and a whole lot of treasure chests. This is good because the main campaign is really not that long. I cleared it in around 8 hours which feels short for this kind of big open world adventure.

Throw in the replay value like grabbing all of the PS4 trophies and the deal looks a lot better though. It’ll take a while to get up to rank 100 and take down all of the quests which helps put in a lot of extra value here. The game uses Luffy’s rubber abilities well as you can swing from place to place almost like Spider-Man and all of his classic moves are in the game. I would have liked some kind of flying option though as some mountains are just too high to jump onto so you have to go the long way around the valley.

I suppose it shows that even Luffy has some limits but I wouldn’t have minded the game helping me out a bit there. Just give me a bit of a boost so I don’t have to do the leg work, that’s all I wanted. As for the combat, it’s definitely really solid. There’s a bit more variety here than your average beat em up so you can have fun with your combos. That said, I would make the case that some tactics are simply better than others. For example, against the robots, just use your fire fist because it’s a guaranteed 1 hit KO. I used that technique for 90% of my battles simply because it was so efficient.

There are two weaknesses that the game has though. The first is that there are a ton of loading times. Any time you want to quick travel somewhere you have to sit through a full loading screen which is quite long. Keep in mind that you will be using quick travel dozens of times since it is always significantly faster than running the full distance. The missions will usually have you crossing large portions of the map so walking just wouldn’t make as much sense. The loading times just seemed excessive though and something that could have been improved.

Then there’s the story which is ambitious but felt really choppy at times. There are no smooth transitions between lines so the screen will go black and then they’ll say the next thing. It’s really noticeable while playing through the game. Also, there is almost no voice acting here which feels a bit lazy for a PS4 title. Most of the time they’ll just grunt or say 1 word. It was cool to see all of the characters showing up on the island but half of them don’t get to do anything. Sanji’s family show up for a transaction for example and then dash off. The admirals appear to get in their fight and then run off.

The amount of times a villain is about to beat Luffy but is told to let him go is crazy. I feel like Luffy could take some of these guys at this point in time too. Gone are the days where he had to run off just because an admiral was around. When we do get a cutscene they’re fun like seeing Zoro take on Isaac. We just needed more of that and the story doesn’t necessarily have to be longer. Just cut out some of the mandatory side missions and you’re good. I see what the intent behind the side missions was. It was to introduce us to all of the islanders so it’s emotional when they come together in the climax. I get the logic there but personally I’d have liked to have seen more of the actual Strawhats taking names. Even Law vanishes early on although he apparently got his own DLC pack so I suppose you would need to play that to see what’s going on with him.

As for the graphics, those are definitely really good as you would expect. The game looks sharp and feels like a PS4 title. It helps that the island is just a lot of fun to look at and the city was developed well too. Then you have the soundtrack which is actually really solid but they don’t play the tunes very often. You might hear a theme that sounds great but then it never appears in the game again. This is the kind of soundtrack you’ll want to look up on Youtube afterwards to see if you can find all of the cool tunes.

Overall, One Piece: World Seeker is definitely a winner in my book. The story could have been a lot stronger to be honest but it would make for a fun movie. Just needed to focus up a bit more. I appreciate that the game went with an original story though and the execution on the open world concept was really solid. Open world can absolutely be a blast when it’s like this. In a lot of ways it does remind me of Breath of the Wild, just with Luffy as the main character. If I had any more nitpicks on that I would like Luffy to be a little faster when moving around so I didn’t have to rely on quick travel so much but the speed isn’t bad either. I’m also glad there is a quick travel since that’s an absolute must have feature for any open world game.