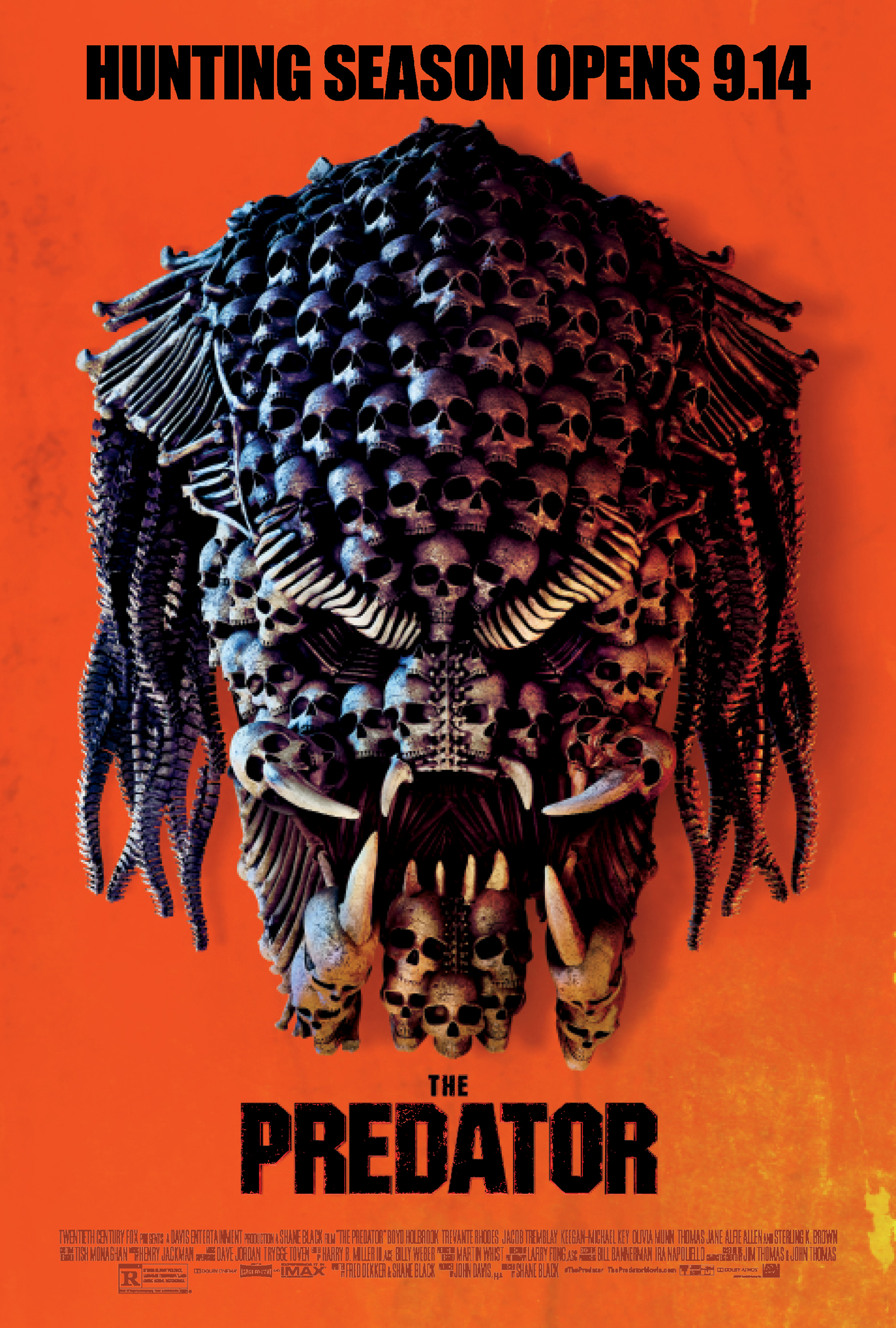 Whenever you decide to have a bunch of villains be the main characters it doesn’t seem to end well. One of the Alien films tried pulling this off with the prison movie and that wasn’t great. Suicide Squad tried this with super villains and no dice. Now you’ve got The Predator where the main character is surrounded by a bunch of lunatics and unsurprisingly none of them are particularly likable. That’s a bit of a problem because that means the rest of the film has to work that much harder. This one was ultimately not able to succeed.

The movie starts off with McKenna and his squad of army fighters going through the forest when they are attacked by something out of this world. McKenna manages to survive but the rest of his squad is taken out. McKenna quickly mails himself some of the alien tech he was able to grab to prove the truth about the aliens but the government quickly catches up to him and naturally they want to keep this a secret. So they send him to a prison to possibly be lobotomized or just buried there forever. The Predator appears once again to take names though so McKenna convinces the rest of the crew to knock the cops out and escape. Now it’s their turn to hunt the Predator. They were all trained professionals at one time or another before being taken to the asylum so surely they can beat this Predator right? That is McKenna’s hope at least and he has to hurry because the Predator is now after his son since the kid has the equipment now.

McKenna is really the only good character in the film and that’s a shame. He’s not a bad lead or anything but it’s really hard to hold a whole film on your back. McKenna does his best but ultimately you just wish there was a better supporting character. He is determined to help his kid and does get a lot of solid moments as the film goes on. His gun skills are on point and he lives up to the hype that he builds for himself. The main heroine Bracket isn’t bad I suppose although criticizing the Predator’s name along with another one of the characters kinda feels petty considering that she’s just found out that aliens exist on the planet. The name can wait. While it’s played for laughs, she did have the right reaction in going for the gun and firing it when she woke up in an unfamiliar spot the way that she did. You always want to play it safe after all.

The rest of the guys from the truck are just super annoying though. They contribute quite heavily to the poor writing in the film as they just talk like criminals. We get a whole lot of crude dialogue the whole time and they can’t keep their eyes on the prize. They’re easily distracted and also lack reaction times like when one guy started shooting at a barrier instead of jumping. Not a really good move there. I really would have preferred if the main characters would have been McKenna’s squad. I guess that would be a clone of the first film but I can get behind that.

Naturally this movie is super violent so if you’re not up for that then this is a movie that you will certainly want to be skipping. Characters are ripped apart and really taken down a few pegs. The Predator isn’t holding back and then of course you also have the Super Predator running around. I feel like we’ve already done the whole Super Predator thing like in the third film but with all the films soft rebooting or at least taking things to a new location, why not go through it again. It is interesting how they switched up the Predator’s motivations a bit here. So now they hunt in order to improve their species through some kind of spinal fluid. It’s like Attack on Titan I guess.

It’s a reasonable explanation for why they hunt but it doesn’t really add or change anything so I don’t have much of an opinion on that. It’s just there I guess. I will always still prefer Aliens to Predators. As for the kid Rory, he has a few scenes that might stretch your disbelief with how he operates the Predator tech but at least he doesn’t immediately figure it out like the girl from Robocop. I’m not a big fan of kids getting a big role in these things since they always become a hostage at some point like how this kid is inevitably grabbed later on. I guess Rory handles the situation decently enough but I just want to get back to the big battles.

The movie easily has the best ending for a Predator film though. It’s like something out of Skyline or Iron Man. The heroes are finally going to have a way to fight back against the Predators. Unfortunately it doesn’t seem like the sequel may be coming at this point but if it does I could see this being the very best entry in the series. I would have a whole lot of hype for that one because it’s just such a good ending. It would really change the entire tone and feeling of the franchise and for the better. This would be more of an action series going forward and I am absolutely down with that.

Overall, The Predator is pretty much what you would expect from the series. The Predator goes around bumping everyone off as he dashes around. I do think it is not the weakest entry in the series or anything like that as it destroys the second film but it does feel like the series is completely stagnated. It makes all of the usual mistakes like being ultra violent and having an unlikable cast. That’s why the ending is interesting to me because it would show that the series is finally about to change things. That would be a massive win for the series. Not sure they would succeed but at least it would give them a fighting chance. If we just go back to basics with another Predator showing up to destroy a bunch of random humans then it feels like the series is just going in circles at this point. I’ll give the third film some props for at least massively changing things up.