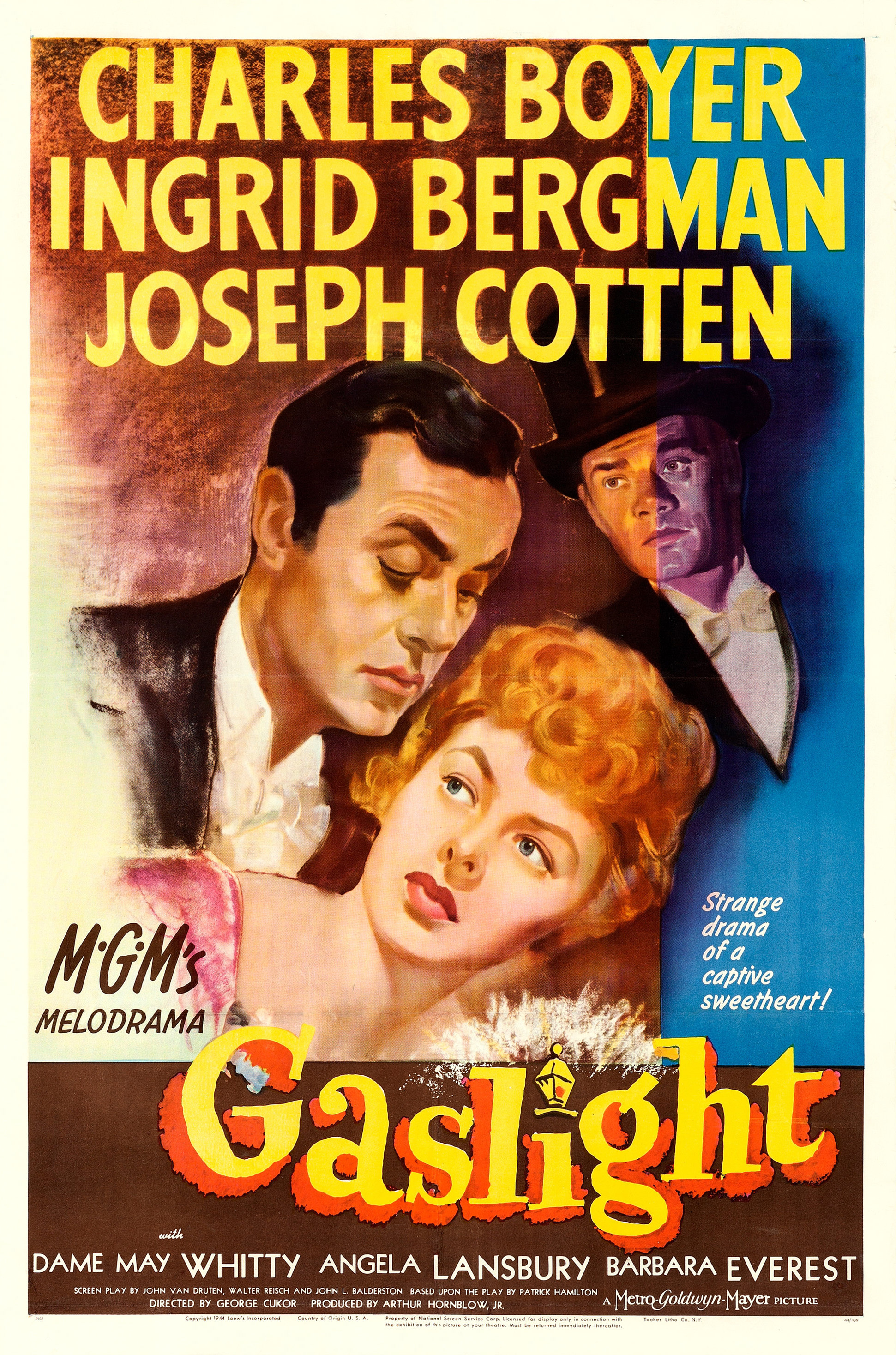 Time for the next adaption of Gaslight. I was certainly not all that impressed with the first one and this title is only marginally better. Many of the same negatives from the first film reappear in this one. I’ll give this title credit for having what’s effectively a 30-40 minute prologue added in before we see the first scene of the original film readapted here. It adds some more context but also backfires. More on that later on.

Paula’s aunt was murdered one day which frightened everyone and so Paula was sent away for a while. We cut to the present where she has met up with a guy named Gregory and intends to marry him. It’s all going well until he says that he wants to move to London, the exact area where the aunt was murdered. Paula has done her best to get over this incident for many years and so she figures that she is ready to handle this. Unfortunately things begin to get misplaced and Gregory is always attacking her now that they are married. Will she be able to escape or will she fall for every trick over and over again?

So here’s why the whole extended origin fails here. We actually see how Paula’s life was quite happy and how she met Gregory. Right from the jump she should have said no to moving to the London squares…but fine she says that she’s over it so we can roll with that. Here’s where things get dicey. When she finds the letter with a mysterious name on it, Gregory snaps at her and immediately starts yelling and acting like the main villain. We’re still in the prologue here so the old film hasn’t started yet.

Right away Paula needed to have called him out here. She can’t just take that and let a bad precedence start. Then in the next scene we have Gregory casually mentioning that Paula tends to be a very forgetful person. Paula just accepts this for some reason when she should have quickly said no. The gaslighting here is so obvious and tactless that you’ll be shaking your head the whole time. It all happens so fast and since we’re actually seeing it this time, you have a hard time believing any of it. It just doesn’t make any kind of sense.

Paula isn’t nearly as broken as the first character by this point but it’s like her personality does a 180 as she was so confident and self assured but suddenly becomes extremely timid. It’s disappointing because she could have done so well and is instead faltering immediately. The rest of the movie gets worse and worse for her as Gregory just keeps on manipulating and humiliating her in front of everyone. If only she had signed the documents saying that she keeps all of the money because then she could have dashed out or something.

Regardless it would have been nice if she had gone outside more to talk to people and figure out what is going on. She’s rich to an extent and should easily be able to think of some things that can help. Hire some detectives or do something pro active to find out about the letter and why Gregory has changed so suddenly. She should have helped hire the maids and if anything she should have fired Nancy once she sensed how much antagonism was there.

One of the biggest problems with the film is that Paula’s barely a character. She just stands there and takes everything that Gregory throws at her. You wish she would do anything but instead she always ends up disappointing you. Finally there’s one area where she is worse than in the previous version. It’s near the end of the film when Brian is around to help her but everyone dashes off as Gregory shows up. In the first film she seems to actually think that it might have been a dream and starts to crack. In this one it seems like she panics at the thought of Gregory being against her and so she quickly tried to throw the other maid under the bus. I thought that was an extremely petty moment and it definitely made her look bad. That’s the kind of mistake that you can’t afford to make.

Of course Gregory’s a pretty awful villain too. The guy isn’t exactly subtle with all the noise he makes when trying to find the jewels. I wouldn’t even say that he’s a very smart villain because the whole plan revolves around Paula being easily manipulated and not able to do anything for herself. If Paula had talked to the nice next door neighbor or anyone then this could have all been avoided. Any scene with Gregory in it tends to be annoying for sure.

Nancy is also not a very nice maid. You’d think she would respect Paula as the head mistress more but unfortunately she is quickly able to sense the heroine’s weakness and pounces. The other maid was nice enough though and at least tried to look out for Paula. Then you have Brian who is doing his best to solve this case as soon as possible. The guy is dedicated and I’ll give him points for making a real effort here. In the end the guy took a very long time but he still helped save the day. The result is really what counts here.

The suspense for disbelief is just too much though. I like my main characters to be confident and self assured. Even if you are going to be a wallflower then I expect you to trust your own judgment and step up when the going gets tough. If Paula had gotten tough even once then that would have helped the film a great deal. The extended run time gives her more character but it almost doesn’t matter since it doesn’t change her actions later on. She still falls into all of the same holes so that whole intro may as well have not even happened at all.

Overall, Gaslight is a film that I have to give a full thumbs down too. The character cast isn’t quite interesting enough to counter all of the suspense for disbelief you have to go through. The old lady seemed nice enough but in the end she barely got to appear at all so I’m not even sure what the point of her character was. This adaption certainly added a whole lot of elements but since they didn’t change anything, they may as well have kept it the same. The movie beats the original but as I said earlier, it doesn’t do enough to make this a good movie. It’s still one that I would give a thumbs down to in the end. You’ll want to avoid this one for sure.