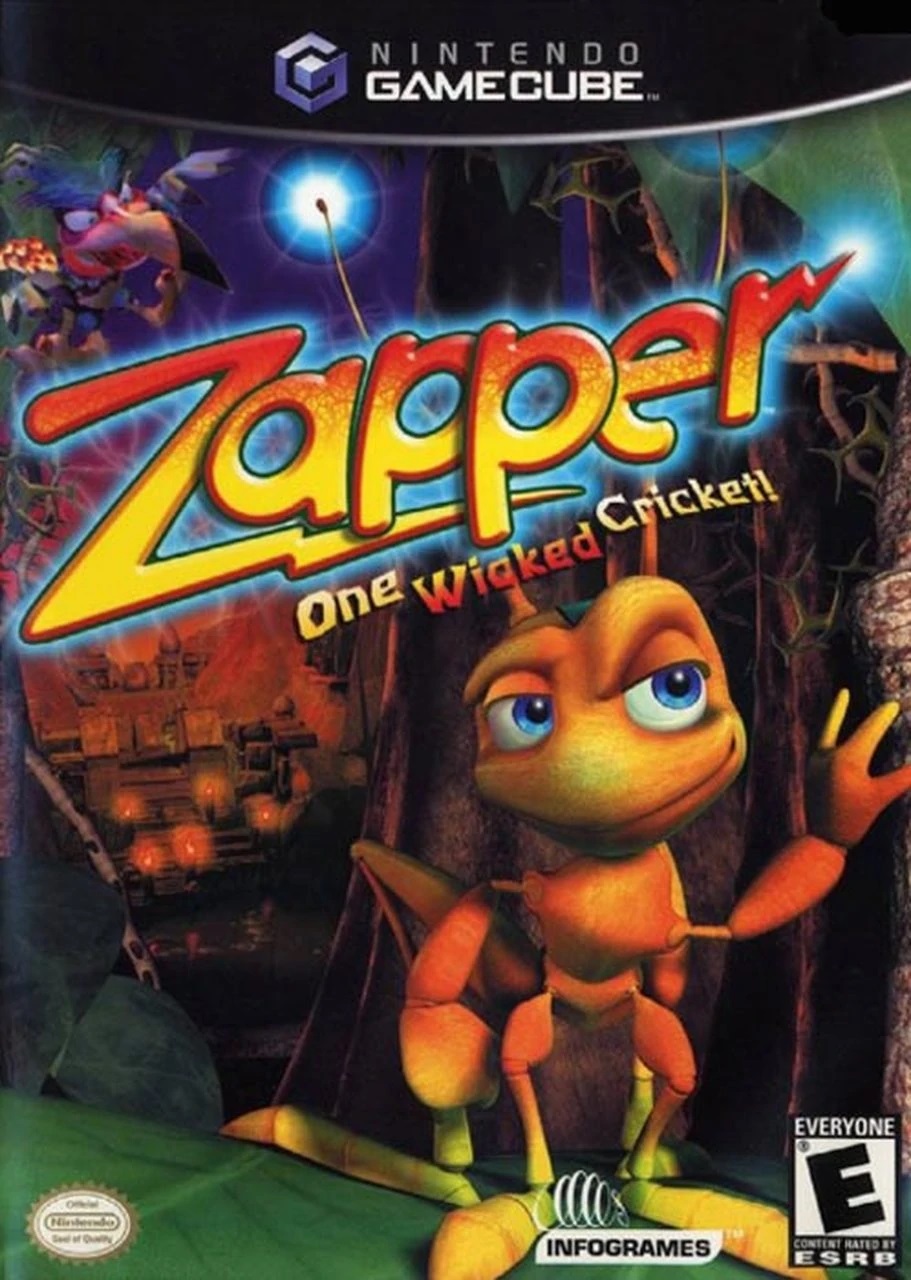 Zapper is one of those games that I happened to see randomly and thought it would be interesting. I was in the market for platformer ripoffs of popular mascots and this guy had some spunk. The game was also dirt cheap online so I couldn’t refuse. It definitely doesn’t mind playing out exactly like a Frogger type game with a minimal story. The adventure is over before you know it but the gameplay is certainly fun.

The game starts with Zapper deciding to use his brother as a living battery to power his TV. That’s when a notorious bird shows up and kidnaps the insect. Zapper must now go on a journey to save his bro from this villain but to do so he will have to travel across many dangerous lands. Can he pull this off or is it going to be game over right from the start? It’s hard to say but what he does know is that losing is not an option this time!

There is an opening cutscene and an ending one so don’t expect more of a story outside of that because this is all that you’ll get. From what we see, Zapper isn’t a particularly nice guy. He gets the job done and travels across the distant lands but he isn’t someone that you would want to have to trust. The villain seems interesting enough but it’s just hard to get a real feel for the personality and skills that he might have here. I’d definitely like to see a sequel so we could follow the cast around more.

The game is considerably easier than any of the Frogger titles though. So if you’ve played the Frogger games before then you will have absolutely no trouble getting past this one. The controls are simple, you can move in any direction which causes Zapper to move one square. Press the A button to move 2 squares t once which is how you jump over pitfalls and such. You can also use your thunder blast to wipe out small enemies. The goal of each level is to grab 6 eggs which automatically ends things. That’s the trick to each level aside from the first and only boss in the game.

That one’s actually really creative. You have to touch a bunch of orbs in the proper order and then inch closer to the villain. You can’t touch the wrong one or you’re sent back and the ground is crumbling as you’re doing this. You need to have quick reaction times and really think about what is going on the whole time. I rather enjoyed this part, it was just a nice gimmick and a good way to make the boss memorable. Because of that I really wish we could have gotten more bosses. It’s clear that the game was up to the challenge at any rate so why not right?

There are a lot of collectibles to get as well. Each level has 100 orbs and I can only imagine that getting them all will unlock something cool. I’m not actually sure about that though so you should look it up before attempting such a thing. None of the orbs are really hidden though so you should be able to grab them without a lot of effot. There aren’t too many levels in the game as it is. I cleared the game in under 3 hours and if you aim to get all of the orbs from the start then you could probably increase that to around 5-6. There isn’t any other replay value beyond that though so make the time count.

The graphics are nice enough. It’s got a very classic look to everything from the characters to the levels. The thunder effects are good and it’s always easy to see where you are going. The soundtrack is less memorable though as you probably won’t recall any theme in particular. On a technical level the developers seemed to be focusing on the gameplay above all else and that’s not a bad idea. After all the key is always to make sure that the game runs smoothly and that is true here. No matter what else you can say about the game, poor gameplay is not one of those things.

Still, the lack of content is enough for me to take off one point. I’m hesitant to call this a very good game when you can complete it so quickly and there isn’t much else to do. If there were more cutscenes or more of a story in general then that could have been different. As it stands, this is a game you should definitely pick up and have some fun with if you see it for a good price. It’s not the kind of game that will be a big investment or anything like that though.

Usually I might throw in a few gameplay tips around here but there isn’t much to say on that because the game is straight forward. The best word of advice is to just plunge ahead without hesitating. Due to the nature of the game, you want to always be moving so that you don’t get run over by an enemy. A single hit means that you will lose a life after all so just stay one step ahead of them. You get a lot of free lives in each level so don’t even worry about getting a game over.

Overall, Zapper delivers on what you came here for. You bought the game hoping to get that classic Frogger experience right? Well, you definitely get that in full here. You just don’t get any of the extra features or content that could have been used to amp up the game even more. It would have been nice to have had that as well but it’s what separates the big AAA titles from these knock offs. I can see why the game never got a sequel but hopefully that changes some day.