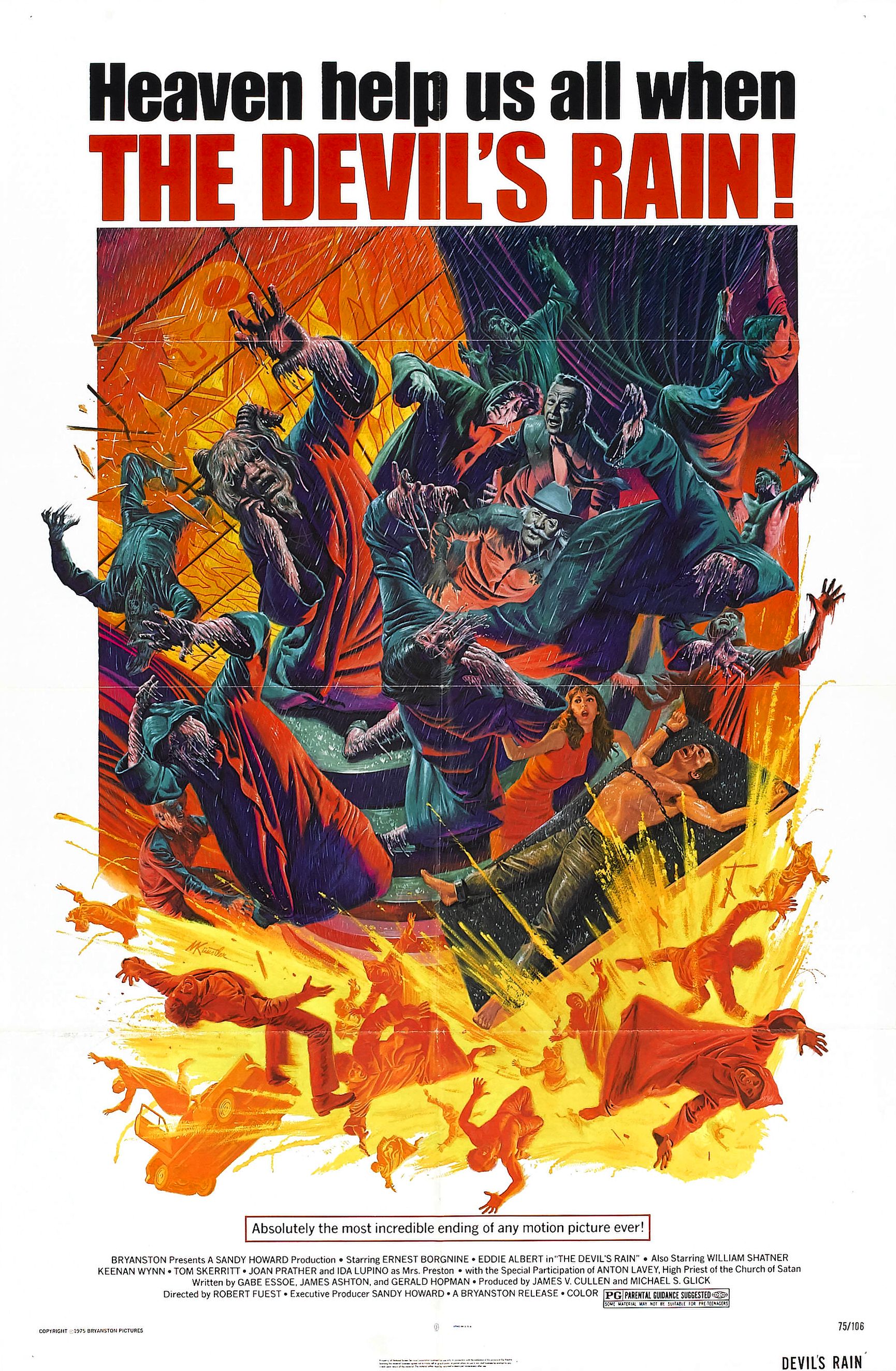 Now it’s time for a film that definitely never made the transition into being a good movie. In fact, you had a sneaking suspicion that this was going to be awful as early on as when the opening credits played. That was definitely the first sign that things just weren’t right here. The movie never recovers from that and just goes into shock value moments in every other scene. This is one title you’ll want to avoid.

The movie starts with Corbis launching the opening strike on the Preston family. He desperately wants a book that they have and figures he will attack and kidnap them until they give in. Once he murders Mark’s father it is time for the lead to fight. Or at least you hope so but that doesn’t exactly happen here. Mark gets wrecked so then his brother Tom heads in to stop this guy. Can anyone succeed or will this group of nuts end up defeating everybody?

There’s definitely a ton wrong with this film so it’s almost hard to know where to start. I guess the first main thing here is the opening credits are really drawn out right from the jump. It’s all very dark and dramatic as you see a bunch of disturbing images that set the unfortunate tone of the movie. This is a film where the demons will really be getting a lot of undeserved wins and the humans don’t make it any easier on them at all. If anything they tend to come unprepared.

One of the opening scenes has the father showing up just to get melted down into parts. The effects are impressive considering how old this is which is at least one thing I can say for the scene. Unfortunately the movie is only just starting its descent into madness. Mark initially has the right idea since he shows up to Corbis’ place with his gun. Now there’s a few things he could have done to end the movie. One would have been to shoot Corbis right from the start. Sure the villain acted like it wouldn’t do much but later on we see that it is quite effective on these guys so taking the shot would have really been the right move to make. I don’t think there’s even a question about that.

Instead Mark challenges him to a battle of faith but the main mistake here is actually expecting the guy to play fair. Walking into this crazy parody of a church where he will be surrounded by other villains is not a good move. By this point it’s going to be way harder to actually get out. Even with a gun you aren’t invincible if there are enough people around so you shouldn’t be testing your luck like that. It will inevitably backfire and just put you in harm’s way.

There’s also one scene right before this one where he decides to have a cup of water. Why even take that risk here? Well, he finds that it’s bitter and….then keeps drinking anyway. There wasn’t any logic in that scene and the whole confrontation with Corbis wasn’t written nearly as well as it could have been. Once Mark is captured then you have to sit through a ton of drawn out scenes as they break him physically and mentally. He definitely got a really raw deal here.

Then you have Tom who shows up to become the true main character and I can’t say that he was great either. At least he tries to call in the sheriff but naturally the guy doesn’t believe that there is a threat so Tom has to go in with his wife. Unfortunately they weren’t super prepared for this and don’t fare so well against the ghouls. There’s also a research guy who is with them and at least knows enough to say they should break the jar but even then he isn’t fast enough to do it himself. Nice idea but you should probably drop it before you say you are going to do that.

As for Corbis, well the guy is crazy evil but there’s not much more to him than that. He’s effectively the personification of the Devil or at least one of his higher ranked minions and even gets to show off his beast form. The film wasn’t afraid to throw in some extra effects and all but it’s just squandered on a film like tis. The whole movie is very dreary the whole time. I don’t think there was a single happy scene in the entire film which is really crazy to think about.

You know that the heroes don’t stand a chance from the start and the villain are really toying with them. From what we see here there is no reason they couldn’t have just stormed the house to grab the book and murder everyone. In a way they probably just enjoyed picking them off one at a time. It was rather easy for them to seemingly take over the whole town and the rest of the family too. You have to wonder how nobody noticed that people were vanishing like this. The Sheriff clearly didn’t know this was going on so maybe the members were taken from different areas or something? It’s too bad because maybe he could have helped out. For all their tough talk, the villains were not bullet proof so you should be able to just keep blasting them until they’re dead.

Overall, The Devil’s Rain is just as bad as you would expect from the poster. If you had not seen the poster you would figure this out almost immediately either way though once the credits start playing. It’s the kind of movie where there just doesn’t seem to be any point to it. It’s trying to be as dark and disturbing as possible but to what end? The film shows you that the whole area has descended into being evil and you can only delay the inevitable by trying to run. It’s not like a suspenseful horror either where you get engaged with the struggle. The whole film has an odd vibe where it’s all like an abandoned ghost town where there is no backup for miles but that also means no real lore of backstory from the side characters. Just the basic demon stuff. The heroes weren’t smart either and I still can’t forget the scene of just drinking out of the evil water there. Didn’t make any sense when you’re here to fight off a murderer. Why risk drinking at all? Just get the job done and then head back home. Either way the movie’s biggest flaw aside from being awful is that there weren’t any good scenes here. There weren’t any moments that would make you think “This was hype” at all. Hopefully there will be no remake or reboot for this and we can just let this one be forgotten.