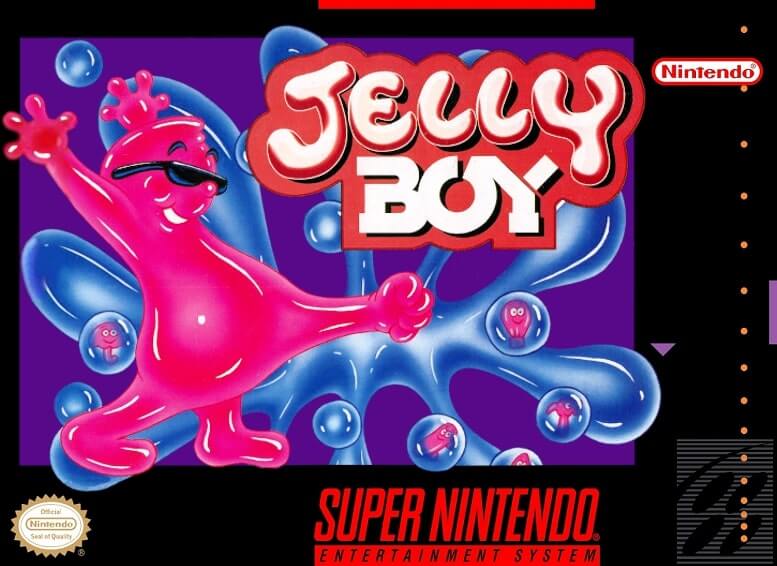 Jelly Boy is one of those games that very easily could have been a really good one. Instead it made the big mistake of trying to force collectibles onto you instead. Let me tell you, that was not a good move. By the time you finish the first world you’ll need to turn back and nobody wants to do that. It’s a bit sloppier than other platformers but I wouldn’t call it a bad game. You’re just not likely to go back and finish it.

You play as a little Jelly guy and can go around punching your opponents. Along the way you can turn into a variety of items like a hammer which will certainly keep your opponents on guard. This helps to ensure the gameplay is always adapting since you’re never in any one form for too long. Turning and jumping can be a bit more on the annoying side here but you do have some features like the rewind to help with that. It’s not exactly Mario in terms of how smooth the game is, but few titles are right? It’s not exactly a knock against the game because nothing should be expected to go toe to toe with Mario like that.

As mentioned earlier though, the biggest issue here is really the fact that I could not get into world 2. Seemingly this was because I didn’t have the piece of the puzzle from every level but they’re really hidden. I only happened to come across one of them so the rest are probably buried deep into the levels. This really goes against the concept of a platformer in the first place since it’s supposed to be a very calming experience where you have fun with the levels and keep it moving. By giving you something to look for, the game is no longer than leisurely experience you once craved. Quite a few platformers seem to make this mistake.

Now the graphics are good at least. I thought they did a good job with the artwork for each of the characters and the color schemes as a whole. The game looks good even though it’s so old. The soundtrack is also okay. Nothing super memorable but it is catchy enough and so the game flows rather well. On a technical aspect I do think they did their best here and you can tell that some effort was put in.

There’s not a whole lot more to say about this one. It’s always fun to play the more retro games but in some cases like this one, it just reminds you how far we have come. Nowadays a game like this would probably still be a little bit better because either there would be more of a real story or the gameplay would just be smoother. This one hasn’t aged particularly well and that’s probably why you wouldn’t have heard of it before Nintendo announced that it would be in the next online wave. A title like this just would not have stood out for very long at the toy store. Not when you had bigger titles always coming out to overshadow it.

Now if you could remove the collectibles and tighten up the gameplay a bit, then I think this would have really had some potential. The gimmick of turning into objects and other people is one that would work really well. Right now that’s still a big thing like how Odyssey let you control others with the hat and Kirby would transform in the latest game. People like to have different gameplay styles and that’s where Slime Boy would come in. Who knows, maybe one day they will make a sequel or a full remake. The odds seem slight but you never know.

Overall, Jelly Boy is okay at best. You can see some promise in the game as you go through it but it just made too many mistakes and that’s why this one never hit it big. The biggest thing to remember is you never want collectibles to be mandatory. Perhaps there was another reason I couldn’t get into world 2 but if there was then that’s just as bad because there was no indicator of that. All in all, it just means that accessing the rest of the game is more difficult than it should be. You’ll probably want to avoid this one but if you need a new platformer to check out then I suppose this one will do the trick at least for a little while.