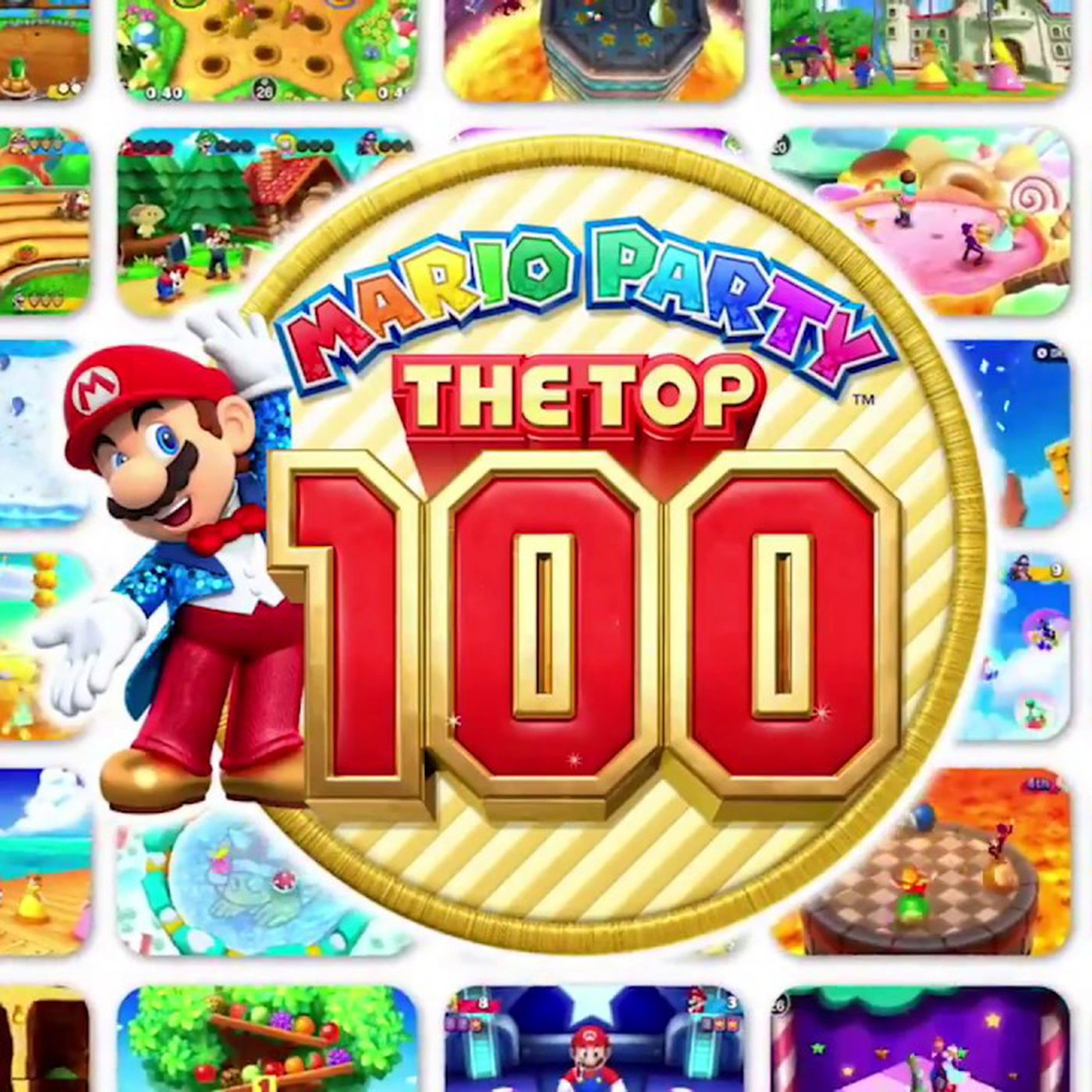 Mario has returned! It’s been a while since I got a Mario game but in my defense, Nintendo doesn’t churn them out nearly as quick as they used to. Back in my day it felt like Mario games would come out every other week. Well, this one’s not known as one of the better Mario Party games and I can see why but I had a good time with it. You just wouldn’t want to have paid opening day prices for it because it is extremely short. You can complete the entire game in 2 hours which is really not very impressive.

There isn’t really a story in this one after all. Instead what happens is you go onto a map where you have to clear each minigame to go forward. There are 4 worlds and around 25 minigames per world. There are 300 stars to collect in total with each level having 3 stars to obtain for coming in first and 4 for boss battles. You can lose every non boss battle minigame and still get to the end of the game so there’s no pressure. That said, I expect you’ll still complete most of these with ease since the game’s not difficult like that. The only exceptions are the luck based games.

But of course now you can see why the game is so short. Most minigames can be completed in around a minute after all since they’re so short. Since you can skip the enemy turns that makes the minigames even shorter. You’ll be breezing past the game like it’s nobody’s business and then there isn’t a whole lot of other things to do. There is free play with the minigames of course and little tournaments you can do with the computers. It just boils down to the fact that you have to like going up against the computer or you will end up getting bored very quickly here. For the most part the Mario Party series are famous because you get to play with others.

That’s really the main draw of the series after all so if you don’t have that then you’re not going to be having fun for nearly as long. Sure enough, I would say that this is the kind of game where you complete it and then you’ll probably never turn it back on again. The games are fun and all so I do enjoy them but there just isn’t a whole lot of reason to play the game unless you just never got a chance to play all of the mainline games. It is cool seeing them grab so many iconic games to play through but there should have been more content here.

This is the game’s biggest weakness. It’s even shorter than Sonic Forces and you definitely don’t want to see that for a Mario title. What I would have done is add a challenge mode so at least for all of the minigames like Booksquirm where it’s about surviving, you could play it on your own and try to get some super high scores. I think that would be the best way to effectively add a lot of single player content to Mario Party real quickly. It may feel like it goes against the spirit of the Mario Party series but what else are you going to do to get around the whole multiplayer angle?

If you ask me, this is just what you gotta do. Still, the game deserves some props for the solid graphics. It looks like a really solid game and they didn’t cheap out on this one. Even if the developers probably knew that this one wasn’t going to be the next big thing, they still put in a lot of effort here. The game would fit in with any of Mario’s other 3DS adventures. Then you’ve got the soundtrack which is catchy enough. You should definitely recognize all of the minigame tunes right away.

It’s all very nostalgic just playing the games again. While they won’t beat the home console counterparts since squishing the minigames into a smaller screen is always tricky, they’re still a lot of fun. I even played a few extra minigames after I cleared all 100 to boost my score up a bit. After all, you can sort of say that collecting the 300 hearts is like completing the post game. I beat the normal campaign with over 250, but I didn’t actually 3 star all of the levels. A part of me was tempted to quickly go and do that just so I could say I’ve made it to the top.

What stopped me here is that some of the minigames are luck based which means it could be a little annoying to try and get the top spot. For the luck based ones I guess you just gotta keep on playing until you’re at the top but something about that didn’t sit right with me. Why include luck games at all here? The ones that are purely luck should not have made the top 100 at all. It feels like a cheap way to extend the play time a bit since you would have to just keep on playing these until you get the 3 stars. Realistically it won’t take too many tries I’m sure but more than I was planning to go through.

Overall, Mario Party will always be a blast and a half to play through. There’s just so much to go through in the series but you can’t really access that with a 3DS port. It’s a fun game but the experience is over way too quick which does end up shaving a star off. If you can get it for a good price then by all means you should check it out, but otherwise I’d say it’s time to give this one a skip. There are a lot of other Mario Party titles to check out which are all considerably better and feel like they give you the complete experience.