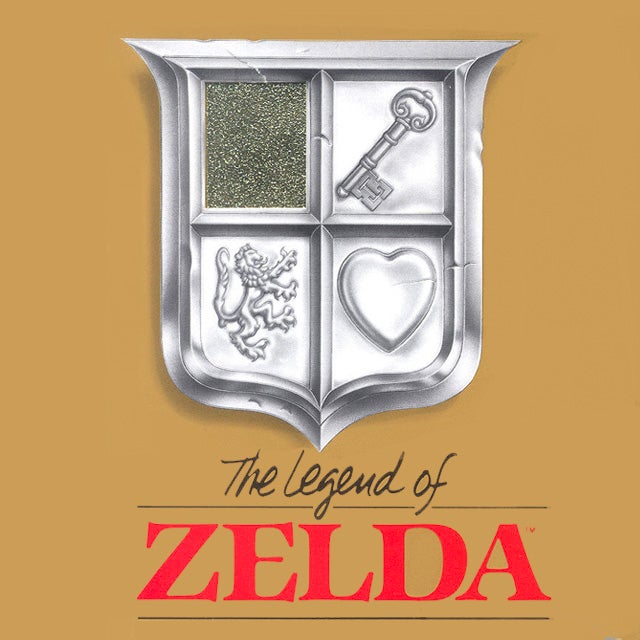 After all these years I’ve finally played through the original Legend of Zelda thanks to the Switch Online. I don’t tend to be a big fan of the original games because a lot of them don’t hold up for me but LoZ wasn’t bad. I would put it in the middle. I can’t imagine playing it without today’s modern features though because it seems like it would be an extremely long process without a lot of quality of life features. With the Switch Online enhancements it does help the game to an extent but I certainly am glad that the modern titles have added a lot to the experience.

The general plot is that it’s dangerous to go alone so Link grabs his sword. He has to stop the demon king and save the princess so he’s in for a busy day. To do this he will have to find all of the pieces of the legendary Triforce and only then will he be able to save the world. Don’t underestimate a hero that is on a journey! Link will never give up and never surrender until he has his day. That is why he’s so legendary.

The gameplay style uses the overhead format. For the most part you slice the enemies that get in your way but additionally you can also get other weapons later on like a laser blaster, arrows, and bombs. For the most part you don’t want to waste ammo so you’ll stick to the sword but the laser is an exception as the ammo is limitless. Using your gadgets wisely is the only way you can come out on top here because if you squander them then you will be easy pickings for the monsters. You have to be very careful because you take heavy damage just for bumping into them.

Also it’s easy to miss an item and have to backtrack a lot so watch out for that. This is definitely a puzzle game first and foremost, not to mention that it’s also an unforgiving one. If you don’t watch your step then that’ll be curtains for your time. It definitely took me several hours to beat this game because I would get lost a whole lot. I don’t know how you would be able to navigate the final dungeon straight through. That one is extremely long and filled with shortcuts. There’s no visual indicator of any kind on which walls can be blown up so I just had to try on all of them. Each room had at least 3 corners to try and there could be over 20 rooms so that was a lot of options. I should mention that you can only carry 8 bombs unless you find a secret upgrade so without rewinding to replenish your stock…that would have been absolutely brutal.

The actual combat can be fun but expect to get hit a whole lot. At times the game turns into a bullet hell title where everyone is blasting you at the speed of sound. There’s one particular enemy that is super tough to deal with because he emits a full barrier with a lot of little attack nodes that are super hard to dodge. If any of them hit you then they will deal an incredible amount of damage. I would avoid them when possible but a lot of times you would have to fight in order to move forward.

If I were to take a stab at trying to improve the game it would really boil down to one thing. I would add some kind of indicator that a shortcut was nearby like a crack in the wall or something. That takes the guesswork out which I think is a good thing. Why should you be wasting bombs everywhere when you can just place them tactically? There is a sort of map on the top right of the screen but it’s an empty void that only shows your location. I would put in landmarks and such so you at least know where you’ve been. It’ll be like Link was filling out the map along the way.

These quality of life updates are what I would add to the mix and I think it would work really well. Then you can focus more on the actual combat and just taking out the villains. I’d also say maybe they shouldn’t let you exit a dungeon without taking every key item there. It would help prevent issues like not taking the raft in world 4 and then having to search every dungeon until you find it. That’s definitely no fun because you never want to have to go back. It just isn’t fulfilling. The only time I really enjoyed backtracking is when there is a power up system so you get stronger or the levels are super convenient. Like going back in Shantae is fun enough because you get the ability to fly and do other kinds of things that makes the old levels a breeze. If you’re about the same level of strength then it’s just not quite the same.

The soundtrack really holds up quite nicely though. You hear a lot of classic LoZ themes that are still used to this day. Nintendo really never held back in this area and the graphics also look pretty good for the NES. It’s clear that a solid budget was put into the game for back in its day and it shows. Good effort never goes to waste after all and they can look back on that and be proud. We’ll see if the next Link game can match it in that respect.

Overall, Legend of Zelda ended up becoming a big thing so clearly the game succeeded. I can see the appeal back in the day in that there was so much to do so you could easily spend months playing this game and figuring everything out. That would definitely be a rewarding experience but I wouldn’t say it holds up quite as well nowadays. It can really toe the line between being annoying or being fun at times. Still, you can’t go wrong playing it for free on the Switch Online though. Give it a whirl and see what you think. Either way you get to experience one of Nintendo’s most historic titles so that alone should be an incentive to give it a whirl. That said, if you take the nostalgia goggles off, I would argue that Skyward Sword still leaves this one in the dust.

2 thoughts on “The Legend of Zelda Review”